US Secretary of state John Kerry will present Palestinian and Israeli leaders with a framework peace agreement by the end of the month, an Arab League official said.

Mohammad Sbeih, secretary-general of Palestinian affairs at the Arab League, told Ma’an that Kerry would present a proposed peace agreement by Dec. 31.

Palestinian Authority President Mahmoud Abbas informed the Arab League about the upcoming proposal, saying it would contain US suggestions regarding the borders of the future Palestinian state, Sbeih said.

Why is the Arab League seemingly aware of this event but there is nothing from the Israeli side? Could it be that only one side understands what the word “secret” means?


Abbas, for his part, has lots of demands:

– Abbas would accept a Palestinian state with the entirety of East Jerusalem as its capital, with limited land swaps as long as the lands being traded were of equal value.

– He would accept an incremental withdrawal of Israeli troops from Palestinian land, allowing them up to three years to leave.

– He would reject the idea of any permanent Israeli military presence in the Jordan Valley, but would welcome an international peacekeeping presence.

– He would refuse to recognize Israel as a Jewish state.

– He would reject any interim agreement, calling instead for a final solution.

– He would reject any proposal that required Palestine to be an unarmed state, but said he would not get involved in an “arms race.”

Abbas is great at rejection, as we know. But could he accept any agreement?

The answer is no:

Abbas told the League that “once he receives the American proposal he will not respond but will present it to Arab nations to make a joint decision.”

He doesn’t need Arab League approval for his demands, but he requires it before any compromise?

Abbas, who is effectively a dictator, is unwilling to make any unpopular decisions for his pseudo-nation.

Which means that he is too weak – by his own calculations – to do anything.

Which means he is no leader at all.

Which means that any agreement he signs is worthless. 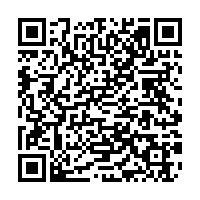