Teachers in Gaza are upset at UNRWA.

Apparently, UNRWA (reasonably) decided to dismiss 164 teachers for not having bachelor’s degrees, a requirement.

The teacher’s union is fighting the decision, saying that it violates the “dignity” of all UNRWA workers. They are holding several meetings all over the territories.

The description of the end of one of these meetings is quite revealing:

At the end of the meeting, it was confirmed that the teachers and teachers refused to sign any papers or deal with the decisions of the Agency’s administration. The aim of these measures is to steal  the toil and efforts of the teachers through a planned policy of piracy that begins with stealing the wages of the teachers and ends with doing away with the issue of the refugees .

Every single time UNRWA threatens to cut a service because it doesn’t have the money, the pushback from Palestinians is insanely over-the-top. They start with threats, move on to strikes and eventually go to violence, and that constant threat of terror causes UNRWA to find some Western country to donate and hold off the next “crisis.”

But the reason why they are so adamant against the slightest compromise is revealed here: The Palestinians think there is a slippery slope between losing a penny of UNRWA benefits – and UNRWA benefits disappearing altogether.

Which means that they will no longer be considered “refugees,” uniquely defined among the 50 million real refugees in the world today.

And their entire self-definition is based on being considered “refugees” and therefore oppressed because they cannot “return” to Israel.

They live in the areas of British Mandate Palestine – the country they claim.They are not refugees. Their parents and grandparents weren’t refugees either. At best, 70 years ago, some were displaced persons. But no one maintains that status for generations besides Palestinians.

There is a real fear here. Palestinians know that UNRWA is a bizarre, anomalous agency that really has no reason to exist. It provides services far above and beyond what the main UN refugee agency provides to the true refugees who were forced from their countries.

So they act in the only way they know how to: they threaten, they attack, they tenaciously claim that the slightest weakening of benefits will inevitably bring the end of the gravy train they have been on for seven decades.

UNRWA cannot continue the way it has been. Not when the number of fake “refugees” under its working definition increases by tens of thousands a year. Something’s got to give.

But UNRWA and the Palestinians agree that they don’t want to actually think about that. So UNRWA points to the threats and violence as a reason to gain ever-increased funding, and both parties can pretend that UNRWA will exist in 2050 providing free food, medicine, shelter and schooling to another 10 million “refugees” who haven’t been born yet. 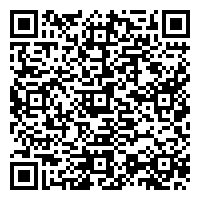