Jews are a hated minority. They have always been. They have been hated longer than any other minority, more universally, and usually with higher intensity. Why is that?

What is it about Jews that disturbs so much?

What disturbs the world is that Jews are a minority that does not behave like a minority.

Unlike other minorities, whether facing the Roman Empire many years ago or facing the United Nations today, the Jews refuse to shut up, comply, and become invisible. They form armies, they join elite professions, they own businesses, they trade, they form unions, they speak up, they revolutionize science, and they revolutionize economies. They are there, irritating as hell.

Even after nearly half of them were murdered, the Jews did not fade into the background. Their drive to build their temple for the third time (see note) only became stronger, so they resurrected what a French diplomat called in 2001 “that sh*tty little country Israel”.

Little yes, but sh*tty? Hardly. Unless shitty means incredibly tough, amazingly resilient, and hugely successful. All the things that one does not expect from a minority.

They refuse to naively hand over a state to the Palestinians as the world demands. They argue that Palestinians do not really want a state and will stop at nothing until they destroy Israel. They argue that Israel cannot afford to give an inch for free if it wants to survive in its neighborhood. They argue that Jews have a long history in Judea and Samaria (the West Bank) and therefore can be there if they want to be. They argue that they will manage somehow, despite demographics, despite BDS, and despite world opinion, because they have seen it all before and no longer care to appease their enemies.

They argue, they argue, and they argue. Even though they are right, arguing so much is not what a nice minority is expected to do.

For those who are disturbed by Jews, which is pretty much everyone, Israel is the ultimate disturbance. Not only did the Jews not fade away, but they also now have a state where they rule and where they behave like a majority, a confident majority.

To the Kurds who aim to reach independence, Iraq’s vice president and former prime minister, Nuri al-Maliki, said, “We will not allow the creation of a second Israel”. In other words, behave like a good little minority, and shut up!

Nothing has worked against the Jews to make them comply. Not wars. Not pogroms. Not marginalization. Not assimilation. And today, boycotts and demonization do not work either.

The Jews’ enemies even use the ultimate weapon against them – the claim that the Jews behave with the Palestinians the same way as the Jews’ oppressors have behaved with the Jews. This is meant not only to discredit the Jews in the eyes of the world but also to force them into self-doubt and self-hatred. But although it has worked on a few Jews, this strategy is blatantly hypocritical. It is obvious that the Palestinians made their own bed with the help of their Arab friends. So this strategy is failing too.

Jews do not agree among themselves on much, not even on Israel and certainly not on religion. They have only one thing in common, being Jews. But somehow, over the years, the decades, the centuries, and the millennia, they have demonstrated a stubbornness to survive that has eluded all other minorities and likely always will.

The Jews are the minority that gives the bullying majorities the finger, to the envy of other minorities, and that is why they are hated.

Note: The concept of “third temple” mentioned here refers to Israel and not to the physical temple. This is inspired by a quote from then-defense minister Moshe Dayan, who during the Yom Kippur war told then-Major-General Benny Peled to “halt the attack his planes had begun on Egyptian anti-aircraft batteries and send them to the Syrian front” because “The Third Temple is in danger” (i.e., Israel).

Between Conflict and Containment: Jewish-Arab Relations in Israel 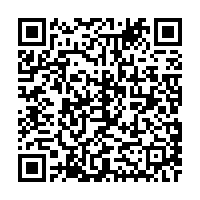