This past Friday, just like all Fridays, the town of Nabi Saleh featured its weekly riots against Israeli soldiers. What made this Friday different was that a few Nabi Saleh women from the Tamimi family were caught on video trying to instigate Israeli soldiers into a violent reaction by slapping and pushing the soldiers. Acting with exemplary patience, the Israeli soldiers didn’t respond, ignoring the barrage of abuse. This incident highlights more than just the farce of Palestinian protestors, but the farce of “Jewish” groups who pretend to improve Israel.

A few times a year I take an extreme left-wing tour in Israel. These tours aim to show why settlers, the IDF, the occupation etc. are all evil. As an Israel educator, I find by participating I become a better Israel Advocacy teacher. Some of these tours have opened my eyes to the Palestinian experience and have inspired me to reach out to Palestinians.

This past summer I went on a joint T’ruah/Breaking the Silence tour of the Ramallah area. Although I didn’t agree with the perspective being taught, I appreciated the concern of Jews standing against what they perceive as an immoral occupation so wrong that even security concerns don’t justify it.

What I didn’t appreciate on the tour was being lied to. T’ruah and Breaking the Silence took us to Nabi Selah, an Arab village. We were hosted by the Tamimi’s, a Palestinian family, and told that they were advocates of non-violent resistance in the way of MLK and Gandhi. The daughter, “Janna Jihad” is “Facebook and Youtube” famous for her reporting on her village’s weekly protests. I was alarmed by the father’s statement about Palestinian terrorism that “All forms of resistance are allowed in the face of occupation.” A simple google search of the daughter’s name showed an expose of this family’s long history of terrorism, incitement and anti-Semitism. (“Janna Jihad — the innocent face of the Tamimi clan’s support for terror and Jew-hatred”) Even the house’s fence had the anti-Israel phrase “From the river to the sea” spray painted across it.

Why did T’ruah and Breaking the Silence, two organizations who claim to be looking out for Israel’s best interests, feel the need to put on a farce instead of finding a peaceful Palestinian? Why did they want to be associated with these trouble makers? Because this girl and her family were famous for their resistance, and these organizations need to feel a part of the resistance. The only problem is you can’t become a famous Palestinian resistor unless you are an anti-Semitic terrorist sympathizer. T’ruah and Breaking the Silence would rather put on a farce than face that truth.

These two organizations past statements and actions have long proven to most of us that their mission is to be critical and not supportive of Israel. Their lies and nefarious intentions have long been exposed, but yesterday’s video of the Tamimi ladies trying to fabricate an incident by inciting Israeli soldiers forever damns T’ruah and Breaking the Silence through their association and admiration of this horrid family. T’ruah and Breaking the Silence must denounce the Tamimi family and publicly announce their regret for ever associating with them. Those that love Israel should doubt these two organizations true objectives 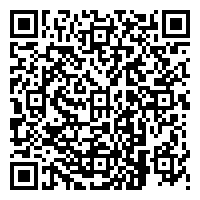