I do not question the sincerity or intent of HaGoan Rav Chaim Kanievsky. As a religious Jew I agree that Torah protects Klal Yisroel from harm. From YWN:

Rav Kanievsky told the hundreds who inquired to simply remain in Bnei Brak, for the Torah city may rely on the words of the Chazon Ish ZT”L, that there is nothing to fear in Bnei Brak due to the zchus of the limud Torah and bombs will not land in the city.

All well and good. But I have to question why he did not mention the great Hishtadlus of the Israeli government that with the help of the United States created the “Iron Dome.” Which in large part has aided in that objective.


For those who haven’t been paying attention, Israel has in place an anti-missile system that seeks out and destroys those rockets from Gaza that are aimed at population centers. So far it has been 90% effective, although unfortunately 3 people have been killed by rocket attack, it would have been a lot worse without it.

The problem with these kinds of pronouncements is that it makes it seem like there is no Hishtadlus needed. One need not be concerned and be careful about bombs as long as one lives in the holy city of Bnei Brak.

Really? Is Bnei Brak immune from attack? …or any other evil that may befall it just because of the Torah learned there? I don’t think so. The great Yeshivos of pre Holocaust Europe were also great M’komos of Torah. The city of Vilna where many of them were located was called the Jerusalem of Lithuania. We all know what happened to them.

One might answer that the Holocaust was an exceptional circumstance where God carried out His heavenly decree which overrode the protective seal of the Torah. But I must ask, how can anyone today know that this is not the case once again?! …God forbid!

There were also similar statements by many Gedolim in Europe during the Holocaust telling people to stay put. We all know what happened to them as well, Rachmana Litzlan.

Rav Kanievsky is not a Navi.There is absolutely no Nevuah today. But there is something called Ruach HaKodesh. That is when one becomes imbued with a non specific heavenly spirit that helps guide them in making decisions. But I do not recall Rav Kanievsky ever making any such claim. His father in law, Rav Elyashiv, actually admitted that he did not have Ruach HaKodesh to Rav Nosson Kamentesky when he jumped the gun on banning his book, Making of a Gadol.

In times of trouble like these, it behooves us to remember a phrase made popular in song after the attack in Pearl Harbor during World War II. A phrase that speaks to Hishtadlus: Praise the Lord and pass the ammunition. This certainly holds true today. We indeed must pray for God’s protection but must also make the maximum effort to do whatever can physically be done to protect ourselves and defeat the enemy.

I also wish he had mentioned the contributions of the IDF. Do they deserve no credit for protecting Bnei Brak’s residents? Many Israeli soldiers from the most secular to the most religious (Zionists… and these days even Charedim) are poised and ready to go into battle for their countrymen. Which includes the residents of Bnei Brak. These young men are literally putting their lives on the line for Klal Yisroel. Why not mention that when speaking of the Torah’s protection? Does he not recognize their contribution?

I’m sure he does. I wouldn’t even be surprised if he and other rabbinic leaders have called (or will call) for a mass prayer rally for the protection of our soldiers. But it would have been nice if he had mentioned it here too. Hakoras HaTov to the IDF is better expressed before the fact than after the fact in my view. Because that would give Chizuk – strength and encouragement – to all of our fighting men as well as to their worried families back home. 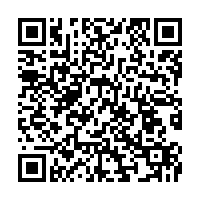