Washington, June 20– The historically unpopular President of the United States continued to scramble this week to shore up his poll numbers with a tactic that aims to curtain the flood of opprobrium from his chief opponents: changing his race to African-American so he can paint those opponents as motivated by racial animus.

Joe Biden announced today that he is now Black, and that his critics automatically become suspected of racism as a result. “This is how we in the Democratic Party and in this part of the political spectrum handle things,” he stated. “Republicans cannot engage in good-faith criticism; e established that long ago. No piece of criticism from Republicans deserves judgment on the merits of the criticism per se: we must take every criticism from GOP members and sympathizers as cynical exploitation of an issue to advance a racist agenda. I am Black. They criticize me. Ergo, they hate Blacks. That’s how it works in America.”


Mainstream media sources rushed to assist. “It’s a brave move to identify so publicly as a member of a marginalized community,” remarked Jen Psaki of MSNBC, formerly a White House Press Secretary. “The reluctance on the part of certain public figures on the right, and of, for example, Fox News, to acknowledge how difficult it must be to serve as the second-ever Black president demonstrates the disingenuous nature of those who claim to hold the government to task but in reality simply want to reinstate Jim Crow.”

Only hostile or skeptical – and therefore, by definition, racist – journalists observed Biden’s history as a legislator who allied himself with segregationists. “None of that counts,” explained Ben Rhodes, an adviser under President Barack Obama. “Mentioning that, especially under these precarious political circumstances, can only be construed as an attempt to keep the Black man down. It has an ugly, ugly history. That part of history, we’re happy to explore. The part where Democrats were involved in perpetuating it and benefiting from it, less so. And pointing that, out is also racist, in effect if not intent.”

Democratic strategists debated the move, with some invoking Hillary Clinton’s characterization of Trump voters as a “basket of deplorables” ahead of her failed 2016 presidential campaign. Some prominent party figures warned of alienating much-needed moderate and independent voters ahead of looming midterms that look bleak for Democrats, but others insisted that the reason for the current awful poll numbers stems from insufficient use of the racism allegations – that you can never call too many people Nazis. 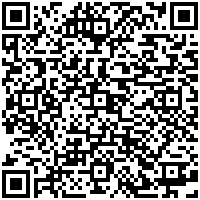