Medzhybizh, Ukraine, April 19 – A chief disciple of the founder of the Hasidic movement revealed today that a practice he initiated of abstaining from the consumption on Passover of matza that has come into contact with liquid was actually a joke, and that he never intended for it to be adopted as a serious custom.
A rueful Dov Ber of Mezeritch, known as the Maggid of Mezeritch, told a reporter today that the widespread Passover stringency known as gebrochts was a practical joke he and several other followers of the Baal Shem Tov had devised for April Fools Day about 250 years ago, and that the families and communities that subsequently adopted the practice in good faith did so unaware that they were being trolled.
Gebrochts, referring to broken pieces of matza that are soaked in or mixed with liquids such as water, oil, and eggs, originated in the late eighteenth century as early devotees of Hasidism adopted the extra stringency of avoiding bringing matza in contact with water, out of a concern that any flour that had not been kneaded into the dough, and still remained unnoticed on or in the matza after baking, would become chametz when wet. While the Talmud and medieval authorities explicitly cite contemporary practice as unconcerned for such an eventuality, the extra measure of care for Passover’s strictures caught on among the Hasidim, and became standard among Jewish communities influenced by the movement. The Maggid disclosed in an interview that the time had come to set the record straight, and that he never meant for people to take the concern seriously.
“Anyone who knows the sources, as a Hasid is expected to do, would know immediately it’s out of line even with what our holy ancestors practiced,” he explained. “What does it mean, after all, if the saintly Maharal, Rashi, and Rambam ate gebrochts – that we are somehow more devoted to the laws than those giants? My friends and I were sure that our disciples, who were learned men, would get the joke, and that would be the end of that. But it didn’t happen that way. I guess we should have realized some people are so earnest they can’t detect irony. Now Hasidim will never know the Passover pleasure of chicken soup with kneidlach, of matza brei, of matza meal chremzlach. And that’s a shame.”
He did, however, offer advice to aspiring entrepreneurs, suggesting that someone manufacture an oral insert to be sold to adherents of gebrochts, designed to prevent saliva from touching the matza in one’s mouth, lest it become chametz before being swallowed.
Advertisement 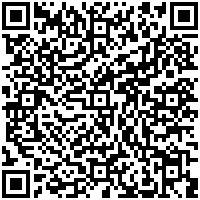