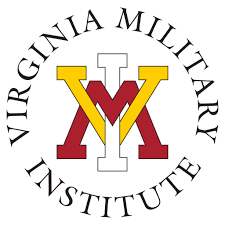 The Virginia Military Institute is celebrating the 25th anniversary of the presence of women at the nation’s oldest state military college with an appearance by Kimberly Dark: a fat rights activist and author of lesbian fanfic who wants to “reimagine masculinity”.

“Why couldn’t we see that America has been racist forever, sexist forever?” Dark ranted in a post titled, “For those who do not want a Trump presidency — this is what we will do now.”

Under Superintendent Cedric Wins, this is what the Virginia Military Institute has become.

“How have you benefited from adherence to your gender role?” a VMI diversity training presentation asks. The resources for it included journal articles like, “How Military Service Members Reinforce Hegemonic Masculinity.” There’s not meant to be any room for “hegemonic masculinity” at an institution whose students experience spartan living and the warrior tradition.

The institution that gave us Patton, Marshall and Byrd now asks about your “gender role”, urges you to reimagine “masculinity” and spews hate toward anyone who happens to be white.

VMI’s Preston Library’s DEI resources features “The History of White People” and “White Guys on Campus” discussing “whiteness” and the “habits of racism among white male undergraduates” along with the racist ravings of Ibram X. Kendi in “How to Be an Antiracist”, Robin DiAngelo’s “White Fragility” and Ta-Nehisi Coates’ “Between the World and Me”.

The message at VMI is one of undisguised loathing for white people, injecting the ugliest racist concepts of critical race theory directly into the campus dialogue while trying to silence critics.

Superintendent Wins, VMI’s woke head, has been accused of undermining its proud tradition and driving away cadets. His “One Corps, One VMI Unifying Action Plan” puts DEI at the heart of VMI and claims that it will “empower Cadets to gain strength through diversity, acceptance by inclusion”. But the cadets aren’t coming.

Enrollment for the new VMI class fell by 25%.

It clearly wasn’t the pandemic. Were those the birth rates kicking in?

The VMI Inclusive Excellence plan called for pushing “diversity, equity, inclusion and social justice” on students, faculty and alumni. It was based on the One Virginia Plan which declared that “Inequity is rooted in America’s foundation.” Young men who once turned to VMI for its tradition of excellence and were eager to serve their country are now going elsewhere.

VMI’s Board of Visitors had already hosted a state equity official pushing critical race theory and the hatred toward white people of “White Fragility” author Robin DiAngelo. A good deal of effort is being spent on eliminating, renaming and “recontextualizing” historical elements of VMI’s legacy. And VMI’s woke personnel are overtly dismissive. A faculty member insisted, “We really aren’t military. I have a bird on my shoulder – doesn’t mean anything – just I am a field professor, So – compare us more to University of Maryland than a military academy.”

According to the video, “white privilege” is “built into the very foundations of the country.” The video, with its racist attacks on white people, its partisan attacks on Republicans and promotion of Obama shows where VMI’s woke leadership wants it to be.

Critics of critical race theory at VMI have spoken out through the Spirit of VMI PAC. Gov. Youngkin’s victory has brought a fresh wind of change to the racist equity systems imposed in the Northam era. But VMI’s woke leaders are doing their best to turn the proud institution into just another woke college campus. And the fall in enrollment shows that it’s working.

Superintendent Wins has angrily fought with VMI alumni working to defend its proud traditions in clashes that have gone public. Arguing over VMI’s massive spending on “equity”, the superintendent railed at a critic, “You have no understanding of DEI or what it means, or how much of the funding for DEI is represented in our request.”

To see what DEI means, just go to VMI’s DEI resources list assembled by Lt. Col. Ticen and Maj. Carroll that includes Ta-Nehisi Coates’ “Between the World and Me” which states that the 9/11 firefighters and police officers “were not human to me” and Ibram X Kendi’s “How To Be an Antiracist” which contends that, “The most threatening racist movement is not the alt right’s unlikely drive for a white ethnostate but the regular American’s drive for a race-neutral one.”

If there’s any ambiguity left about how much the VMI administration loathes and discriminates against white people, there’s a direct link of “anti-racism resources” as a “resource to white people”. Black people and other races, it’s understood, cannot be racist. Only white people.

The resources also include not only the 1619 Project, which claims that America was built on racism, but also “The Black Panthers: Vanguard of the Revolution” and Howard Zinn

While trying to explain why students weren’t coming to VMI, Superintendent Win blamed, among other things, “Ideological differences among a divided alumni base.”

But the divisions aren’t among the patriotic alumni who served their country, they were imposed by Win and leftists who are making VMI a divisive place defined by the ugliest racism.

“Misinformation regarding our initiative for diversity, equity and inclusion and the thought, the notion, the misinformation about the institute and what it’s doing or what it’s not doing with critical race theory is certainly having an impact, we believe,” Win complained.

Except it’s not “misinformation”. It’s the DEI agenda that’s right there in VMI’s resources.

The Virginia Military Institute deserves better than Win and wokeness. So do the great men who came out of it. And their nation that needs the service of the heroes of tomorrow.