In a few weeks, voters will go to the polls for midterm elections, a crucial vote for both the United States and the U.S.-Israel relationship. It’s a clear choice between the anti-Israel Democratic Party or the pro-Israel Republicans who want to maintain a close partnership between the Jewish state and the leader of the free world.

The Democratic Party has been lurching left for years now, but since the end of the Clinton presidency, the speed of that shift has defied the laws of physics. Aided by eight years of a leftist White House, the party’s agenda has become dominated by radicals. When socialist Alexandria Ocasio-Cortez defeated mainstream Democrat Joe Crowley, the party cheered. Axios reports that Democratic Socialists of America, which endorsed Ocasio-Cortez, is a growing force within the party. Its membership has ballooned from 7,000 to 37,000 members since the 2016 election.

While these extreme left groups are not a majority of the party, they have begun to control its agenda, as the Tea Party did to the GOP in 2010. The Democratic Party now advocates Medicare for all, reversing last year’s tax cuts, and open borders. Senators like New York’s Chuck Schumer who supported the Secure Fence Act when passed in 2006, are now fighting tooth and nail against Trump’s wall proposal.

For example one of the unreported items during the recent protests of the appointment of Brett Kavanaugh to the Supreme Court is that it highlighted the warmth between Democratic Senator Kirsten Gillibrand and the anti-Semitic, anti-Israel Linda Sarsour.

Senator Gillibrand isn’t the only Democratic fan of Sarsour, New York Governor Cuomo is also, and keep in mind any supporter of the Women’s March Organization, is supporting a group whose leadership includes Sarsour and many other anti-Semites.

Throughout the primary season, Democrats have nominated anti-Israel candidates, such as Alexandria Ocasio-Cortez, who called Israel an occupier but couldn’t explain why.

Almost guaranteed to win her race for Minnesota’s 5th Congressional district is Democratic candidate Ilhan Omar, who once tweeted that Israel had “hypnotized the world” to ignore its “evil doings.” Earlier this year she defended the tweet, saying it called attention to the “Israeli apartheid regime” and was not anti-Semitic.

In Michigan’s 13th district, Democrat nominee Rashida Tlaib is also not a fan of the Jewish State. After her primary win, she told In These Times that she no longer believed in the two-state solution, “One state. It has to be one state. Separate but equal does not work. I’m only 42 years old, but my teachers were of that generation that marched with Martin Luther King. This whole idea of a two-state solution, it doesn’t work.” Tlaib is running unopposed

Tlaib, who is Palestinian-American and a Democratic Socialist, believes that the U.S. should not be giving aid to Israel. “Americans should not be aiding any country that doesn’t support human rights. I’ve been very clear. I will not support racist countries that pick and choose who gets access to justice.”

It’s not just new candidates with anti-Israel positions. Socialist Bernie Sanders, who has a long anti-Israel track record, is running on the Democratic line this year for the first time, and will probably seek the 2020 presidential nomination. Recently, he called for the condemnation of Israel for protecting itself against a Hamas attack on its border. Elizabeth Warren of Massachusetts took the passive-aggressive Obama approach, saying Israel has the right to defend itself but urging it to show more restraint. She also condemned Trump’s decision to recognize Jerusalem as Israel’s capital.

New York Senator Kirsten Gillibrand’s move toward socialist positions, including a rejection of Israel, has been previously documented in this column, but another area Senator Spartacus, Cory Booker of New Jersey, has made similar gestures. Most recently he was photographed holding a sign saying, “From Palestine to Mexico, all the walls have got to go.” A Booker spokesman said the senator had no idea the sign had anything to do with Israel. Booker also voted against the Taylor Force Act, which cuts U.S. aid to the Palestinian Authority by the amount it pays out to convicted terrorists.

When you go to the polls in two and a half months, understand the issues on which you are voting. Ask yourself if you want higher taxes, a porous border, and mediocre healthcare that will triple the federal budget.

And consider which party supports the Jewish State. In 2008, this website correctly predicted that a Barack Obama presidency would be the most anti-Israel in history. In 2016, we correctly predicted that the Trump Administration would be very pro-Israel while liberals and the mainstream media were predicting the opposite. Today, the prediction is that a Democrat-controlled Congress will fight Trump’s pro-Israel actions tooth and nail (along with all his other actions).

And remember what historian and former Israeli ambassador to the U.S. Michael Oren revealed in his book “Ally: My Journey Across the American-Israeli Divide:

“From the moment he entered office, Mr. Obama promoted an agenda of championing the Palestinian cause and achieving a nuclear accord with Iran. Such policies would have put him at odds with any Israeli leader. But Mr. Obama posed an even more fundamental challenge by abandoning the two core principles of Israel’s alliance with America.

The first principle was ‘no daylight.’ The U.S. and Israel always could disagree but never openly. Doing so would encourage common enemies and render Israel vulnerable.”

Understand that as the party moves leftward, it becomes even more anti-Israel. Bush #41’s secretary of state James Baker was reported to say “F*ck the Jews they won’t vote for us anyway” Today the Democrats say, “F*ck the Jews they will vote for us whatever they do” Sadly this is something proven correct, over and over. It’s time to prove them incorrect.

IMHO there are many reasons to vote Republican on November 6th.  It will ensure the continuation of President Trump’s agenda that has turned around the economy, is rebuilding the military to keep us safe, is protecting our borders,  is making America a respected world power again, and is supporting the State of Israel.

Anyone who lived through the eight anti-Semitic and anti-Israel years of Democratic Party rule during the Obama administration must ensure a Republican majority in 2018. 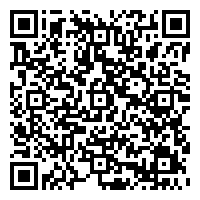