police officers patrolling the scene this morning saw a Palestinian stab a religious Israeli man. The suspect allegedly threw the knife away and attempted to flee the scene. Israeli police chased and apprehended the youth without shooting him… [He is] identified… as a 20-year-old Palestinian from the village of Abu Dis [a Jerusalem neighbourhood]… The youth [Ma’an’s word] was taken in by Israeli police for interrogation. Paramedics treated the Israeli for light injuries on the scene before transferring him to Shaare Zedek Medical Center in Jerusalem. He was identified by Israeli media as a 30-year-old ultra-Orthodox Yeshiva student.

the Palestinian Center for Policy and Survey Research found in a poll last month that support for stabbing attacks had seen a decline in the West Bank in recent months — “due, it seems, to a rising perception in its inefficacy.”

Kind of encouraging, no? We guess that’s why they say it but the actual poll data send a less charming message.

The survey results [reported here] reflect a significant and ongoing passion on the part of a significant overall majority of Palestinian Arabs for Arab-on-Israeli knifing attacks:

Support for use of knives in the current confrontations with Israel drops from 67% three months ago to 58% in this [April 2016] poll. Support for knifing attacks in the Gaza Strip stands at 82% and in the West Bank at 44%. [Source]

We noted a while back that what the Palestinian Arabs say they want does not always make logical sense [“10-Dec-14: What else do Palestinian Arabs want, beyond the 80% who say killing of ordinary Israelis is a good thing?“] but that dead Jews seem to be a constant in their prayers.

The other constant, at least according to the polling group quoted by Ma’an, is that a steady two-thirds of Palestinian Arabs see Mahmoud Abbas as a failure and want him to resign which, given that he was elected just once to a four year term on January 9, 2005 [source] does not seem that outrageous.

Here’s what we believe, and the polling data bear it out consistently over years:

When columnists and analysts speak of the desire of Palestinian Arabs to live in peace, to get on with ordinary, quiet, constructive lives – as compelling as this interpretation is, the data don’t support it. Anyone paying attention to the incitement pumped, generation after generation, into their communities and heads will not be surprised. [Source]

What the people living on the other side of the fence are saying is clear, credible and measurable. Being optimistic about the prospects for the sort of painful compromise that leads to peaceful relations is counterfactual and foolish, as much as we wish it were otherwise. That’s something we wish the public figures pushing their “peace” “plans” would internalize. 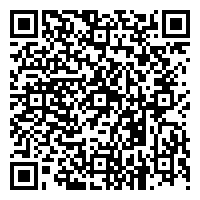