The Jewish Telegraphic Agency story on Pamela Geller and Robert Spencer being banned from entering the U.K. opens with this line:

Did you get that? Language is power and words can hurt, and when your copy is carried by hundreds of editors of small and large Jewish publications, that claptrap can become the stuff of lawsuits. I know I would sue if anyone called me an “Anti-Islam activist” and then made sure this message ran across the entire Jewish world.

I emailed Pamela, who is a regular Jewish Press online contributor: “I’ve been following your writing for some time and did not get the impression that you were ‘anti-Islam,’ but rather against some very offensive aspects of modern-day Islamic practice. Question: Do you make a distinction in collaborating, between anti-Islamists and people who hate Islam per se?”

To which Pamela responded: “It is the media that are relentlessly trying to portray counter-jihadists as anti- this or that, and hating something or other. In reality, we are fighting for humane values, for individual rights, for equality of rights of all before the law, for the dignity of the human person. The word ‘Islamist’ is a Western construct designed to distance Islam from the violence and hatred perpetrated in its name. While not all Muslims are violent or supremacist, the violent and supremacists use texts and teachings of Islam to justify their actions and make recruits among peaceful Muslims. Until this is confronted and peaceful Muslims reform Islam and expunge the Koran of its violence and antisemitism, acts of hate will continue to be committed by Muslims in the name of Islam, and defenders of freedom will continue to oppose those acts of hate.”

The JTA story also mentioned that Geller and Spencer “were scheduled to participate in a London rally organized by the far-right English Defense League.”

Now, having experienced how the Israeli media are in the habit of attaching the dubious “far-right” designation to anyone who supports Jewish life in all of Eretz Israel, I had to find out for myself just how “far-right” the EDL was.

Wikipedia repeated the FR compliment, but added some important context: “The English Defence League (EDL) is a far-right organization which opposes what it considers to be a spread of Islamism, Sharia law and Islamic extremism in the United Kingdom. The EDL has been described as Islamophobic. The group has faced confrontations with various groups, including supporters of Unite Against Fascism (UAF) and Anonymous.

The citations in Wicki were, by and large, from left-wing sources, most prominently The Telegraph. So I checked out all three organizations’ websites, and both EDL and UAF, which are entangled in a battle to the death against each other, apparently, are pro-Israel and against antisemitism. But Anonymous is virulently anti-Israel, and boasts of its “Operation Israel,” back in April, when they went “hacking thousands of websites, leaking a number of databases, and defacing government websites.”

Of course, what they really did, for the most part, was bombard harmless Israeli websites with traffic their servers could not handle, so they crashed for a while. But in my book, if Anonymous are against anyone – I’m with anyone.

I wrote Pamela Geller that I’m pretty sure the EDL are anti-Islam (rather than anti-Islamists), but added that, surprisingly, despite some obvious soccer-culture images on the website, when I searched the word “Jews” I did not see antisemitic content. Likewise for “Israel.”

Pamela responded: “There is nothing surprising in the fact that you did not see antisemitic content: contrary to media myth, the EDL is not neo-Nazi, but avowedly and proudly pro-Israel. No other English group proudly waves Israeli flags at its rallies — and yet no other group is so often smeared as antisemitic. It is an injustice.”

By the way, the EDL Saturday rally will be held at the site where two African Muslims meat-cleavered off the head of a British soldier in broad day light.

Perhaps the best thing the British government could do at this point is ban the entry of Meat Cleavers into the U.K. 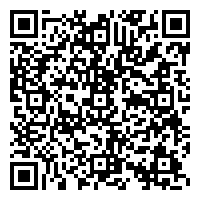