A rare look inside the community of about 300,000 Brooklyn Hasidic Jews whose members strive to keep out all secular influences and remain isolated while living in the middle of America’s biggest city. But what happens when some of their followers want to see what’s on the outside? NBC Chief Medical Correspondent Dr. Nancy Snyderman follows the experiences of four people who left the community.

The wedding images didn’t strike me as belonging to Satmar Chassidim – more a mix of Lubavitchers and Litvaks. But I think in today’s language, “Hasidic” means the folks in dark suits and hats.

The four people being interviewed are not part of God’s gift to scholarship and articulate thinking – the fun part is that they’re still stuck with their heavy, Jewish accent.

One of them left the fold because of his first encounter with a dinosaur in the museum.

Still, a thought provoking piece, despite all the many—and they’re truly numerous—misunderstood and misrepresented facts. It’s an uneven piece, and very much biased in favor of leaving the religion. But if you catch a glimpse of yourself here – say hi. 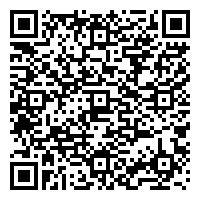