You put your hand into the pocket of your pants that just came back from the cleaners and you pull out the receipt for which you have been frantically searching. It is signed by the lender and acknowledges that you repaid the $100,000 loan. Mixed feelings of vindication and frustration overwhelm you. Only last week the judge entered a verdict against you for $100,000 because you could not prove you repaid the loan.

The convicted murderer has been sitting on death row for years. But now there is DNA evidence that, on the face of it, points to someone else as the killer.

In civil cases, secular courts rarely grant motions for reconsideration unless the applicant can demonstrate that the exonerating evidence was totally unavailable or unknown to him at the time of trial. In criminal cases the door to reconsideration is slightly more ajar, but it is still difficult to get in.

The gates of the batei din, the Jewish courts of law, however, are eternally wide open. A litigant against whom a judgment has been rendered is always entitled to come back into beit din with exonerating evidence that was not introduced at trial even though it was available at the time. If the newly submitted evidence is conclusive, the beit din will reverse the judgment. It is only when the beit din is suspicious that the litigant may have fabricated evidence to avoid satisfying the judgment that it will bar him from submitting post judgment evidence. Such might be the case if the beit din specifically inquired at the trial whether the litigant knew of the existence of any evidence in his favor and the litigant responded that he knew of none anywhere.

In dinei nefashot – capital cases – the beit din will accept post verdict evidence to acquit but not to convict.

Is there a right of appeal in Jewish law? Instead of asking the judges who rendered the erroneous judgment to admit and correct their mistake, does the litigant have the option to appeal to a higher court comprised of different judges? Appellate judges may be more objective because they do not have to admit mistakes.

In the Talmud era, the rule was “beit dina batar beit dina lo diyke,” which means that one court did not review another court’s decision. The only option was to ask the original court to reconsider its judgment.

That is certainly not the case in rabbinical courts in Israel today. There is a right of appeal from the batei din eizoriyim, the rabbinical district courts, to the beit din rabbani elyon le’irurim, the Rabbinical High Court of Appeals in Jerusalem. Indeed, the establishment of the Rabinnical High Court of Appeals in Israel with powers of review over the rabinnical district courts was not free from controversy. The proponents of appeal, including Rav Kook, argued that it was necessary both from the point of view of internal supervision of the dayanim, religious judges, and public acceptance of the religious courts. Besides, they argued, many communities in the Diaspora had already established rabbinical courts of appeal. The opponents, such as the Chief Rabbinate of Yaffo fiercely resisted the appeal as being contrary to Talmudic law.

All that belongs to history. Rav Ovadiah Yosef defends the existence of rabbinical courts of appeal on the following grounds. Although in practice the courts of the Talmudic era did not review each other’s decisions, there was no prohibition to do so. Today, judges are not all perfect and mistakes are common. Accordingly, the Talmudic dictum of “beit dina batar beit dina lo diyke” no longer applies. 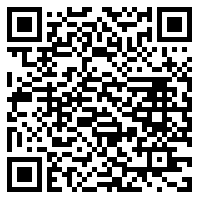