I am oh-so-tired of being careful, of keeping up-to-date, of attempting to live a healthy life. No matter what I do, or how hard I try, someone is always changing the rules. Despite my good intentions, at any given date, I am guilty of doing mostly everything… and I mean everything… wrong.

Take raising children, for example. You’d think that was something one could do instinctively, but you’d be thinking wrong. When my kids were infants, we were told to put them to sleep on their stomach to prevent Sudden Infant Death Syndrome. Not anymore. Now you only lay them down on their backs. Anything else is dangerous.


We used to swaddle them. It made them feel secure. Now they need freedom to move. “No pacifiers,” said the Wise People. “You’ll never wean them off pacifiers. Better to suck a thumb.” Not today. Today they’ll tell you a thumb leads straight to the orthodontist a few years down the line. Give them all the pacifiers they want! Just not rubber ones… or plastic ones… or gum-filled silicone ones! (Actually, whatever you give them will be opposed by someone or other. Ditto for the shapes and sizes of bottles and nipples. And the kinds of diapers you use.)

In those faraway days, “Spare the rod and spoil the child” was the way to go. I don’t know about rods, but a gentle patch in the proper part of the anatomy was often considered the best, wisest, most loving and educational measure a parent could dose out. Not always, but once in a while. Today it’s practically illegal.

Food is another life activity that has changed beyond recognition. Once upon a time, you ate. Today, you research. For years, a basic, healthy staple like eggs was declared an absolute no-no. They were oval shaped containers for cholesterol! This week I discovered that this is no longer true. It has been decided that once again, you may safely eat eggs. Even an egg a day, every day! Imagine!

Wheat is the staff of life. But only if it’s whole, raw, unrefined and stone ground. Anything else is bad. As is cholent – undoubtedly one of the unhealthiest foods you can ingest (little do they know that Shabbos is a cure-all!). Milk used to make strong bones. Now it’s nuts. Nuts and green leafy veggies contain the best, most fitting forms of calcium for us human beings. Cow’s milk is bad, especially for adult Ashkenazi Jews.

“Macrobiotic diets are the way to go.” I know several people who went that way and almost died. No animal protein? Go tell that to G-d. He told us differently. Healthy, vitamin-packed breakfast cereals? No nutritional value whatsoever. They’re packed with salt, sugar and other awful stuff. Read the ingredients, not the ads.

Caffeine is unhealthy. No it’s not. Today it’s good for the heart. And the blood pressure. Works against cancer too. Canola is the best commercial oil around. Not according to the coconut oil people. They say all nutritional value has been eliminated. Fruits are sprayed, vegetables are chemically fertilized. So what to eat? The only truly healthy thing left is… you guessed it!…. chocolate which comes from a bean which we all know is a vegetable.

So what shall we do? Gan Eden is long gone. Pesticides, pollution and toxins, fog, fumes and smog all contaminate our world. Organically-raised animals and produce are supposedly better for our health. Perhaps. They sound healthier, but who knows? Their actual value has not yet been sufficiently evaluated. Meanwhile, they cost more money.

But we do want to be healthy! Long ago, drafts were thought to cause colds. That idea was abandoned when it was discovered that bacteria cause colds. But guess what? Nowadays drafts cause colds again. It seems that the chill factor reduces immunity. Stay away from drafts. 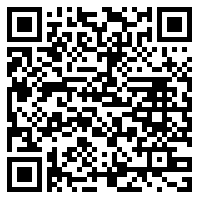