It is important to note that the young women who come to Syria to take part in “sex jihad” do it because they are convinced that they must do it, and out of faith in Islam and the righteousness of jihad in its different forms. On the other hand, it is also important to note that sheikh Muhammad al-‘Arifi denies that he issued the ruling, and he claims that the entire matter is a fabrication of the regime to besmirch the jihad fighters, but there are indeed reports from Tunisia about young women who have returned from Syria in an advanced state of pregnancy.


Beginning in June, 2011 – three months after the demonstrations broke out in Syria – Khaled Mash’al, the leader of Hamas, took a stand against the regime and supported the demonstrators against Asad. After all, Meshaal is a Sunni Muslim, who cannot support Asad, the idol worshiper, a slayer of Muslims, even if the idol worshiper supported him in the past. As a result, Mash’al was obligated to leave Syria and search for another location for himself and the management offices of Hamas, in Mursi’s Egypt, for example. Iran also stopped helping Hamas with money, weapons and political support.

Meanwhile Mursi has been deposed, and the Egyptian army has Hamas in its cross-hairs: most of the tunnels between the Gaza Strip and Rafah have been ruined, causing Hamas to lose its main source of income: the tax that was imposed on the tunnels and the goods that were smuggled through them. In his desperation Mash’al appealed to the Iranians to renew their support for Hamas, and they told him that he must first of all straighten matters out with Bashar Asad.

About a week ago Mash’al announced, in the framework of the “World Conference for Jerusalem” that he “supports the right of peoples to rebel in order to obtain their rights, but that this uprising must be done in a peaceful way”, and he is “against sectarian violence from any source”. There is only one way to interpret this announcement: Mash’al calls on the Islamists and the jihadists in Syria to lay down their arms, even if Asad continues to slaughter them.

Mash’al’s announcement brought the wrath of the jihadists upon him and they published a derogatory declaration in return: “Mash’al describes the holy jihad for Syria as a sectarian war in an attempt to get an international ‘certificate of good character’ at the expense of Syrian blood. When he announces that the jihad fighters are missing the target he is trying to satisfy Iran. Perhaps he will receive part of the money that Iran stopped giving him. We would not be surprised if after his announcement we will hear that he has moved to Teheran, and we are sure that Mash’al’s position does not represent the loyal and honorable Palestinians of Hamas. We call on the fighters of Palestine: our wound is one wound, the enemy is one and the announcement of some mercenary soldier, whoever he may be, will not cause a rift between us. We are more faithful to the al-Aqsa mosque than Mash’al and those like him who have turned trading in the problems and the blood of their people into a business, and he who fought his jihad in offices should not give advice to those who fight jihad in the trenches.”

We must only caution some Israeli bleeding hearts not to misinterpret Khaled Mash’al’s words and start declaring that Hamas has become an organization that believes in non-violent demonstrations, like marching peacefully into Israel through tunnels such as the mile-long one leading from Gaza into Israel which was found last week..
Translated from Hebrew by Sally Zahav with permission from the author. 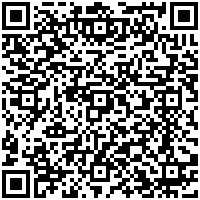