Home InDepth Analysis Pulling The Plug On Fatah
Share on Facebook
Tweet on Twitter
During the Israeli cabinet’s weekly meeting Sunday, Shin Bet director Yuval Diskin reported that a group of Fatah members from the Palestinian Authority’s “security services” plotted to assassinate Prime Minister Ehud Olmert during his meeting with PA Chairman and Fatah chieftain Mahmoud Abbas in Jericho this past August. After Israel informed them of the plot, the PA “security services” arrested the plotters. But as Diskin told the government, the PA recently released them from custody.

Responding to Diskin’s statement, PA Prime Minister Salam Fayyad said the men’s release had been a “mistake.” Fayyad later added the men were released because they didn’t have the wherewithal to carry out their plans and therefore didn’t constitute a real threat to Olmert. He also told Israeli politicians he ordered the plotters to be re-arrested.

For his part, PA “security” chief Tawfiq Tirawi denied the men were ever released from custody. Tirawi’s statement is interesting mainly because he has been personally implicated in masterminding the terrorist murder of several dozen Israelis. Tirawi remains a free man and a “senior security commander” because of the “constructive” role he has played in cooperating with the U.S. on “reforming” the PA “security services” in which the plotters from Fatah served.

Fayyad’s claim that the men’s release from custody was a mistake echoed a similar statement he made last August. Then, when word got out that he had paid the annual salaries of the thousands of members of Hamas’s jihadist army in Gaza, Fayyad announced that the move was a mistake – the consequence of a computer glitch.

Because of the release, many members of Knesset – including members of Olmert’s own Kadima party – are calling for the prime minister to cut off negotiations with Abbas – negotiations that appear headed toward an Israeli handover of Judea and Samaria and parts of Jerusalem to Fatah.

But as was the case in August, Olmert and his ministers have ignored the ramifications of the story. Rather than acknowledge, as Likud MK Yuval Steinitz demanded, that Fatah is a terrorist organization – and not a moderate, pro-peace movement as the Israeli government and the Bush administration claim – Olmert and his colleagues accept Fayyad’s assertion that the men’s release was a mistake and merely demand “clarifications” from him and Abbas.

The fact of the matter is that the release of the would-be assassins from Fatah, like the decision to pay the annual salaries of thousands of Hamas terrorists, was anything but a mistake. Both moves were fully consistent with Fatah’s primary interest as a terrorist organization dedicated to destroying Israel. From Fayyad and Abbas’s perspective, the only mistake was that they got caught doing what they always do.

Last week the ZOA published a full-page ad in The New York Times that showed clearly Fatah is a terrorist organization dedicated to Israel’s destruction. The ZOA quoted ten articles of Fatah’s charter that reject Israel’s right to exist and call explicitly for Israel’s destruction.

Following the publication of the ZOA ad, Members of Congress Shelley Berkley (D- Nevada) and Roy Blunt (R-Missouri) co-sponsored House Resolution 758, which demands that Fatah abrogate the offending articles of its charter. The resolution specifically notes that in addition to presiding over an organization whose charter commits it to destroying Israel, in October 2006 Abbas stated that “It is not required of Hamas, or of Fatah, or of the Popular Front to recognize Israel.”

The resolution also recalls that in February 2007 Abbas signed the Mecca Agreement with Hamas that established a “unity government” between Fatah and Hamas dedicated to “confronting the occupation.” Moreover, Resolution 758 notes that in May 2006, Abbas accepted the so-called Prisoners Plan. That plan, written by jailed terrorists, called for Hamas and Fatah to collaborate in their terror war against Israel.

The resolution condemned “the continuing existence” of the offending articles in the Fatah charter.

The positions raised by both the ZOA ad and by House Resolution 758 serve the important purpose of making the public aware of the largely unreported fact that Fatah is a terrorist organization no different from Hamas in its willingness and desire to attack Israel with the goal of destroying the Jewish state. As such they are welcome developments.

What the ZOA ad and the House Resolution ignore, however, is that though Fatah and Hamas are aligned in their commitment to terrorism, they diverge in another area. Fatah, as opposed to Hamas, has no compunction about lying to Israel, the U.S. and the rest of the world about its commitment to Israel’s destruction and its involvement in terrorism. That is, while Hamas uses terror to promote Israel’s destruction, Fatah uses both terror and disinformation to advance that aim.

In light of this, there can be little doubt that if it is placed in a corner, Fatah, following in the footsteps of its parent organization, the PLO, will agree to amend its charter and then proceed not to amend it while telling Western media and political leaders it had done so.

In April 1996, then-President Bill Clinton traveled to Gaza to “oversee” the meeting of the Palestinian National Committee at which the PLO’s senior leadership was supposed to amend the PLO charter, expunging the many paragraphs calling for Israel’s destruction. At the end of the meeting, Clinton announced that the charter was duly amended. But Clinton had been misled. During that “historic” meeting the PLO’s leaders did not amend their charter. They simply appointed a committee whose members were asked to “recommend” amendments to the PLO charter. Eleven years later, the PLO charter still has not been amended.

For the past seven years the fact that Fatah has no hesitation about lying has been continuously exposed – yet never acknowledged by Israel, the U.S. or any other government.

In September 2000, then-Fatah chief Yasir Arafat ordered the PA to join forces with the various terror factions to launch a war against Israel. At the same time, Arafat dispatched Fatah spokesmen to television studios around the world where they accused Israel of using excessive force against “spontaneous, popular protests.” The media duly reported these lies even as footage streamed in of Palestinian gunmen opening fire at Israeli forces and Palestinian spokesmen and terror chiefs led by Arafat openly calling for the murder of Israelis.

The Fatah plot to assassinate Olmert shows clearly that despite impassioned testimonials by Olmert and Secretary of State Condoleezza Rice, Fatah is anything but a moderating, pro-peace force in Palestinian society. And what Fayyad and Tirawi’s responses to Diskin’s announcement Sunday make clear is that Fatah continues to be guided by the twin doctrines of terror and dissimulation.

While the Congressional call for Fatah to change is legitimate, it is also, given Fatah’s strategic and pathological use of lies, largely self-defeating. Fatah shouldn’t be asked to change. Fatah should be properly re-classified as a terrorist organization and the U.S. and Israel should stop meeting with, financing, arming, legitimizing and praising its mendacious terrorist leaders. 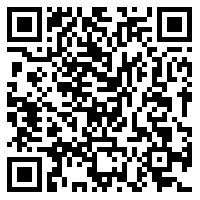