Although it isn’t official, the first two articles of Egypt’s new Constitution have been reportedly drafted by the committee of parliamentarians charged with that task. Article 1 defines Egypt as part of the Arab and Muslim nation, a compromise between acceptance of the country as a normal nation-state and its identity as either a purely Arab nationalist or Islamist entity.


Similarly, Article 2, according to Mohamed Emara, head of the committee responsible for drafting this section, says:

“Islam is the religion of the state, and Arabic is its official language, and the principles of Islamic Sharia are the main source for legislation. Christians and Jews shall resort to legislation derived from their own religions.”

There is some ambiguity here as to whether Egypt would thus be a Sharia state. On one hand, Islamic law is not made the sole source of legislation, while the word “principles” might mean that the interpretation will be loose, principles and not all of the details. Bourhamy says that this merely shows that Egypt isn’t a secular state.

On the other hand, though, both the Muslim Brotherhood and the Salafis accepted this formulation which, since they want a Sharia state, apparently feel does not block their goal from being reached. Moreover, precisely what “principles” means will be defined not by some governmental organ but by the al-Azhar mosque university. While the leaders of that institution are more moderate than the Brotherhood and Salafis, presumably President Muhammad al-Mursi will replace them at some point with his own people.

The Arabic word used to define “democracy” was “shura.”  This is a term often used in Muslim countries because it is found in the Koran. It might be translated as “consultative,” since the ruler (in this case, al-Mursi) can consult with the parliament. This might be taken to imply that its decisions are not binding. Also that the parliament does not have a free hand in passing laws since—it is implied—no law can be passed that conflicts with Sharia law.

Non-Islamists can argue that there is no harm in the word but it should be noted that the idea for using this term was suggested by a Salafist.

The bottom line is that there is an ambiguity which Western observers and anti-Islamist Egyptians can say means that the country will not be a Sharia state, while Islamists can maintain their own view. The key point, of course, is not the wording as such but who gets to interpret it down the road.

Finally, Christians, it is implied, will be governed by their own religious laws. But this is a peculiar formulation. If Egypt is not governed by Sharia law then why would Christians need to be exempt from it? If this provision is restricted only to matters of personal status (principally marriage, divorce, and inheritance) then Christians would mostly be living under Sharia law in any state court. And what does this constitutional provision mean for example regarding the status of women, where Egyptian law has granted more rights than Sharia would do? Another important issue will be the appointment of future judges since many of the current magistrates oppose Sharia law as that of the state.

If there is an Islamist president and parliament who pass laws that correspond only to Sharia and who appoint Islamist judges and al-Azhar  shaykhs then Egypt will be a Sharia state. No doubt though the Constitution will be interpreted by many Western observers of proof that the Brotherhood and Salafists have moderated. 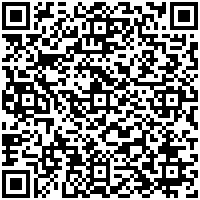