The moderately-packaged Palestinian “screen saver” aims to mislead and sooth the concerns of Western policy-makers and public opinion-shapers, who are driven by well-intentioned wishful-thinking and oversimplification.  The West is eager to produce peaceful-coexistence between Israel and the Palestinians, in defiance of the Palestinian reality, and irrespective of the fact that peaceful-coexistence has yet to be established among Arabs/Muslims (“believers”), let alone between “believers” and the “infidel” in “the abode of Islam.”

Therefore, hate-education, on the one hand, and peaceful-coexistence, on the other hand, constitute a classic oxymoron. It highlights a major pitfall of Western policy-makers, who have grossly misunderstood and underestimated the dominant role played by Palestinian hate-education and incitement.

Western policy-makers have ignored the significance of Palestinian hate-education, which documents the intolerant, violent, immoral, terroristic, subversive and anti-Western profile of the proposed Palestinian state.

Western policy-makers tend to ignore a major prerequisite to a constructive peace process: the uprooting – and not merely trimming – of hate-education.

An April 2019 “IMPACT-se” study of the newly-restructured, more radical and more Islamist Palestinian school curriculum, conducted by Hebrew University Prof. Eldad Pardo, a veteran of Islamic and Middle East studies and a top expert on Palestinian curriculum, provides an elaborate documentation of the nature of the Palestinian education system.

*Urging Palestinian youth to follow in the footsteps of Dalal Mughrabi, the female terrorist who participated in the 1978 PLO attack on two Israeli buses, murdering 38 civilians, including 13 children and injuring 72.  According to the textbooks (5th grade Arabic Language volume 2, pages 51-54 and 9th grade Social Studies volume 1, page 53), “Dalal Mughrabi’s struggle portrays challenge and heroism, making her immortal in our hearts and minds…. Arab women, such as Dalal Mughrabi who led the 1978 operation, had a prominent role in…leading guerrilla operations against occupation….”  Mughrabi is heralded as a martyr role model, and is commemorated, by the Palestinian Authority, through the naming of public schools and youth camps after her; a series of “Dalal Mughrabi seminars;” annual anniversaries of her death; a Dalal Mughrabi public square in al-Bireh; an official plaque; a women’s center in Bourqa, etc.

*Heralding the massacre of 11 Israeli athletes during the 1972 Munich Olympic Games (11th grade History volume 2, page 54): “The Palestinian resistance resorted to many methods in their opposition to Zionist occupation, such as the 1972 Munich operation….” The massacre was praised by Palestinian Prime Minister, Muhammad Ishtayeh.

*Clarifying that the term “occupation” also refers to the pre-1967 Israel (Tel Aviv, Haifa, Safed, Tiberias, Nazareth, Beersheba, etc.), and that the conflict with Israel is not over the size – but over the existence – of a Jewish State in the “abode of Islam,” which is exclusively “ordained” to Muslims. According to the textbooks (6th grade Social Studies volume 1, page 56, 10th grade Arabic Language, volume 1, page 133, 8th grade Social Studies, volume 1, page 9, and 11th grade Geography volume 1, page 103), “Palestine is the geographic area between the Mediterranean Sea in the west and the Jordan River in the east and from Lebanon and Syria in the north to the Gulf of Aqaba [Eilat] and Egypt in the south….”

*Presenting the concept of Jihad [holy war] and the global division – and the ongoing war – between “the abode of Islam” and “the abode of the infidel”: “Jihad [holy war] defends Muslims against attacks by infidels and the arrogant ones, and is conducted against those who stand in the way of Islam spreading to other nations…. The goals of Jihad are noble, defeating the aggressor and spreading the tenants of Islam, while the goals of non-Muslim wars are not noble…. Infidels should be warned before the battle, and offered an option to embrace Islam or live [as subordinates] under the rules of Islam….” (11th grade Islamic Education volume 1, pages 114-115).

*Emphasizing the sacrifice of one’s life – on the altar of Islam – as a most noble and rewarding mission: “Allah wants to take Shuhada’ [martyrs] from among the believers and honor them by Shahadah [martyrdom] to forgive their sins and raise their stature in Paradise…. They will be married to 72 wives from among the virgins…. I vow to sacrifice my blood, to saturate the land and eliminate the usurper from my country, annihilating the foreigners….” (9th grade Islamic Education volume 1, page 13; 3rd grade Our Beautiful Language volume 2, page 64).

In order to sustain the Palestinian state option, Western policy-makers have allowed rose-colored diplomatic communications with Palestinian leaders to supersede, and conceal, the harsh reality of Palestinian hate-education, which would produce a rogue, terroristic, anti-Western entity, implementing the aforementioned values and goals promoted by the Palestinian curriculum. 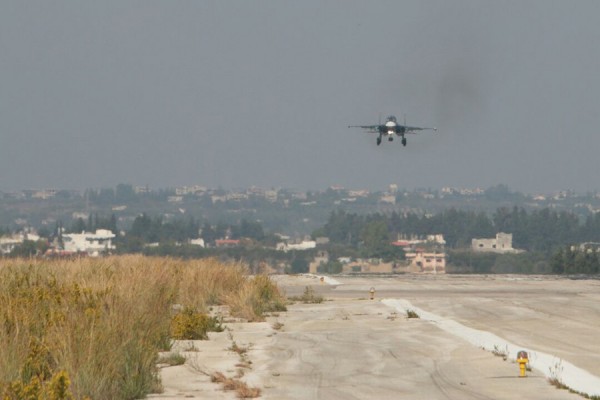