The Palestinians also want the release of 123 political prisoners who have been in jail since before the Oslo accords were signed almost 20 years ago, and for Israel to present a map showing proposed borders. [Emphasis added]

After CiF Watch complained to the Guardian readers’ editor, the language in Sherwood’s report was revised to note that it is only the Palestinians who view them as “political prisoners.” Also, an April 2, 2013 BBC report entitled “Palestinian prisoners in Israeli jails protest death,” on the death of Palestinian prisoner Abu Hamdiyeh, included the following:

Maysara Abu Hamdiyeh, from Hebron in the occupied West Bank, was serving a life sentence for attempted murder for his role in a foiled attempt to bomb a cafe in Jerusalem in 2002.

The issue of Palestinian political prisoners in Israeli jails is an emotive one for Palestinians. Inmates are generally highly regarded despite the reasons for their detention. (Emphasis added.)

On April 3, 2013, during the State Department’s Daily Briefing, a journalist identified as Nadia – likely Nadia Bilbassy Charterswho works for Al-Arabiya and Middle Eastern Broadcast Center (MBC) – asked spokesperson Victoria Nuland the following question, referring to the pre-Oslo prisoners who Mahmoud Abbas has demanded need to be released in order to resume peace talks:

There were reports indicating that the Israelis were willing to release some political – Palestinian political prisonersarrested before ’94 as a goodwill gesture to bring – to entice the President Abbas to come back to the negotiation. Is this something that you have discussed with both sides and it has any kind of truth that might happen on this trip?

Who exactly are these approximately 120 Palestinian prisoners held by Israel since before 1994? While several Palestinian sources and some media oulets refer to them as “political prisoners,” data released by Israel’s Ministry of Justice, and published here for the first time, indicate that in fact these men were involved in terrorism or other brutal crimes, mostly involving murder or attempted murder of Israeli civilians or soldiers, tourists, or Palestinian civilians suspected of collaborating with Israel.

Linked here is CAMERA’s translation of the data provided by the Ministry of Justice on 118 pre-Oslo prisoners. The list is a direct translation of the Ministry’s material, and does not include added commentary or interpretation. There are some irregularities in the Ministry’s data which we left without comment. For instance, in a few cases, the prisoner’s affiliation is listed only as “Fronts,” and there is no further indication as to whether it is the Democratic Front for the Liberation of Palestine, or the Popular Front for the Liberation of Palestine. Also, in a handful of cases, the Ministry wrote that the names of the victims are “not indicated,” or that a prisoner was “apparently” involved in murder and that “not enough information was available for indexing.” We faithfully translated this information, incomplete as it is, from the Ministry of Justice. Finally, the Ministry includes a category which literally translates as “citizenship” or “nationality,” but which actually refers to the prisoner’s place of origin — Israel, Judea and Samaria (the West Bank) or the Gaza Strip.

Beyond the common understanding of the term “political prisoners” as those who are imprisoned for their political beliefs, the European Union last year took a step towards officially codifying the term. In a resolution passed by the Council of Europe’s Parliamentary Assembly, the EU Parliamentary Assembly set out:

“A person deprived of his or her personal liberty is to be regarded as a ‘political prisoner’:

a. if the detention has been imposed in violation of one of the fundamental guarantees set out in the European Convention on Human Rights and its Protocols (ECHR), in particular freedom of thought, conscience and religion, freedom of expression and information, freedom of assembly and association;

b. if the detention has been imposed for purely political reasons without connection to any offence

c. if, for political motives, the length of the detention or its conditions are clearly out of proportion to the offence the person has been found guilty of or is suspected of;

d. if, for political motives, he or she is detained in a discriminatory manner as compared to other persons; or,

e. if the detention is the result of proceedings which were clearly unfair and this appears to be connected with political motives of the authorities. (SG/Inf(2001)34, paragraph 10).

Yet, as is clear given the Justice Ministry’s data, the pre-Oslo prisoners were engaged in terrorism or other violent criminal acts inconsistent with the EU definition of political prisoners. To call these men “political prisoners,” and to minimize or ignore the violence of post-Oslo Palestinian prisoners, is an egregious journalistic violation and a serious disservice to news consumers. 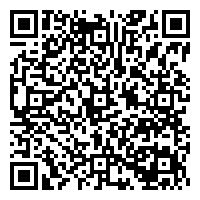