Sitting in the CNN studio today, with an earpiece jammed in one ear and a microphone clipped to my jacket, the disembodied voice of some CNN guest urgently proposing that the government take advantage of historically low borrowing rates to invest in infrastructure howled in my ear. Without a monitor, the voice had no body belonging to it. It was the muse of liberalism. The idiot angel standing on the shoulder of Uncle Sam crying out, “Spend, spend, spend.”

In 1 Time Warner Circle, all the elevators play the CNN feed in small monitors. On the floor, there is more of the same. There’s no escaping CNN in the tower of the corporate parent of CNN. Like some cheap production of 1984, it’s everywhere and nowhere, one long commercial break for the country’s least popular news network, whose most famous figure is doing his talk show on Hulu, still in his trademark suspenders while his third-rate British replacement shrieks nightly about gun violence.


CNN is irrelevant, but in the ugly Time Warner Center, part shopping mall, part unfinished pile of construction equipment arranged to look like two skyscrapers, defacing the view outside Central Park, it’s all that matters. In the CNN bubble, it’s still vitally important and incredibly influential, even if its most influential moment in the last ten years consisted of two shameless doughy buffoons screaming at each other about gun control.

If America ever goes the way of CNN, then it too will be reduced to some badly designed urban skyscrapers full of important people talking importantly about issues while outside the world has moved on. The disembodied voice in the backlit wilderness cries out that we must invest more in infrastructure. “America built the Panama Canal. They said it couldn’t be done and it revolutionized commerce.”

But where exactly is our Panama Canal? For that matter, where after years of insane deficit spending is our anything? What infrastructure achievement has the shovel-ready administration managed to achieve? What has it done besides rename a few areas after politically correct figures and set up some monuments to the destructive energies of the left?

In December we learned that the National Park Service had spent $1.5 million to restore the graffiti on an Alcatraz water tower put there by leftist American Indian activists in the 70s. Their manifesto read, “We will purchase said Alcatraz Island for $24 in glass beads and red cloth.” But 24 bucks in tourist junk would be a bargain compared to $1.5 million spent during a recession to preserve the sort of leftist idiocy that trolls today leave in comments sections.

That water tower is Obama’s Panama Canal. It’s as close as we’re going to come to it. Either that or one of those light rail schemes that gets funded, but never goes anywhere. These are our expensive monuments to a left that occasionally talks like Stalin, but runs things like Castro, talking incessantly without anything to show for it except a bigger mountain of bureaucracy overhead. This is our CNN government full of commercial breaks and breaking news bulletins, but utterly unaware of its own irrelevance. It can still spend money, but it can’t move out of third place.

There is no Panama Canal project in the works. No great plan to revolutionize commerce and transportation. Only a sad failed attempt to get Americans to switch to electric cars which mainly existed as a way of shoving more pork into the orifices of Obama’s donors.

If any country wants to know how to make a big expensive and unwieldy government ruled by the threat of someone screaming racism and someone else promising free birth control for perpetual grad students who one day hope to teach other perpetual grad students or perhaps file lawsuits on their behalf, then we can do that. If you want us to teach you how to make things, go look up some of our books from the first half of the last century. They may have something of relevance to offer on the subject. The America of 2013, whose government is in its own CNN tower, does not. 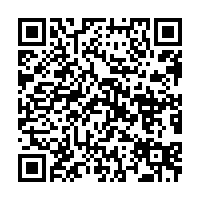