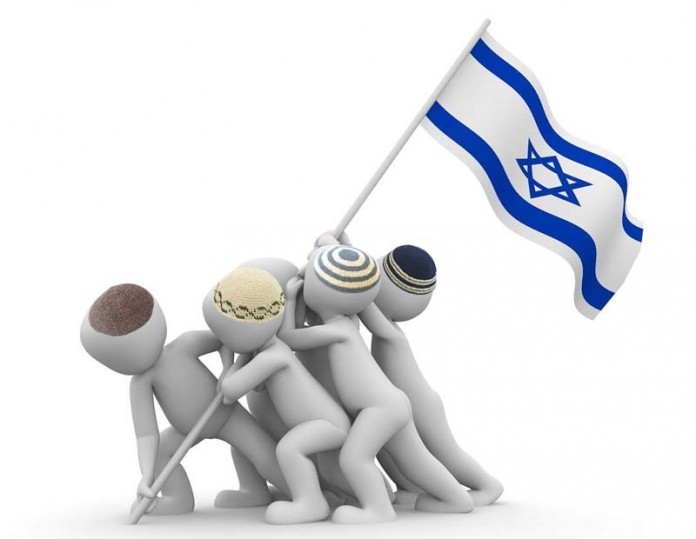 Every Hamas terrorist campaign against Israel leaves behind dead bodies on both sides, an Israeli military determined to avoid civilian casualties, and a Hamas leadership even more determined to make sure that there are plenty of dead civilians.


Each conflict also normalizes a new wave of media and social media hate against the Jewish State followed by mostly futile attempts to turn it around with pro-Israel image campaigns.

The typical campaign shows that Israel is diverse, a country with a tech industry and beaches, gay pride parades and soldiers in bikinis, minority doctors and coffee shops. And when it fails, as it always does, no one behind it seems to understand why. The ‘why’ is almost too obvious.

American progressives already live in a diverse country with a tech industry, beaches, gay pride parades, and coffee shops. And they support the Islamic terrorists who are trying to destroy it.

Why should they be expected to hate Israel any less than they hate America?

Living in a country with beaches and coffee shops, performative diversity and scantily clad women, fighting against Islamic terrorists who want to occupy the beaches, blow up the coffee shops, get rid of the diversity and the women, hasn’t convinced Europeans or Americans to stand up to Islamic terrorists. Why would Israelis expect much solidarity for the same story?

If pro-Israel hasbara campaigns really wanted a shot at winning over lefties who hate them, they would depict Israelis as people of color resisting colonialism and imperialism. It would be truer and more likely to work, though still unlikely to pierce the intersectional wall of the Left.

The Left is becoming more antisemitic because it is growing more honest. Bias and double standards were an issue back when the media was still liberal. Or at least pretending to be. Double standards are an old problem in woke institutions that no longer have standards. The old biased claims that Israelis aren’t willing to negotiate or inflict disproportionate casualties are the dishonest relics of the old liberalism. The new wokeness believes Israel shouldn’t exist.

Do Israelis really expect the paper that originated the 1619 Project to do anything less than repeatedly advocate for its destruction while concern trolling about collateral damage?

Older New York Times columnists are still gaslighting liberal boomers, many of them Jewish, while the younger crowd is just churning out war propaganda against the Jewish State. During the last conflict, the Times rented out not only its editorial page, but its front page, to pro-terrorist groups who want Israel dead. The paper did that because it wants Israel destroyed and gone.

Pro-Israel image campaigns whose message is “We’re Like You” in the hopes of turning around leftist millennials fundamentally misunderstand their target audience. Do the targets of these campaigns, usually young lefties, really want people who are like them? And, why do the Jews want to believe that they’ll be liked by trying to be similar to the people who hate them?

The two questions contain within them a capsule history of modern antisemitism.

Modern Jews were shaped by an intense desire to adapt to modern societies. They did it by copying the dominant group. American Jewish liberalism was just an imitation of white liberal protestants. That’s also why most young conservative American Jews are either Orthodox or immigrants who arrived after the cultural collapse of the progressive melting pot.

American Jewish liberalism failed because American liberalism did. And American Jews are becoming some of the last people to fight for a liberalism that everyone else is abandoning.

American liberals never liked Israel because it was like them. They liked it for the same reasons that they liked a lot of the Third World and the Soviet Union. It seemed exotic and socialist, there were people laboring in the countryside on collective farms and building a new society.

They didn’t want Israel to be like them, but to fulfill a socialist vision for human history that they were enthusiastic about, but rarely wanted to spend their lives living out. They assigned that task to the Cubans and the Russians, to black people in urban ghettos and hippies in communes. The more that Israel became like America, the less they liked it.

American liberals never especially liked the new Israel with its free market economy, growing religious population, and wars against even more exotic people. They were, in some ways, like some pro-Israel Christians, seeing in Israel the rise of a historical destiny that portended great changes for the world. Now they don’t see that great socialist destiny in Israel anymore.

Marxists, from the very beginning, saw Israel thwarting their great idea of history. As liberals give way to leftists, their view of Israel ceases to be liberal and becomes the old Pravda one.

Israel isn’t bending the arc of history: it’s the roadblock to the right side of history.

And if the pro-Israel image campaigns really want to get at the core emotion opposing the Jewish State, it’s the belief that Israel, like America and Europe, is not on the right side of history, and that Iran, Venezuela, and Hamas are the new revolution in human affairs.

Explanations of Israel’s painstaking efforts to avoid civilian casualties rest heavily on emphasizing process. Liberals are interested in process: leftists aren’t. Radicals want an unambiguous black and white world even as the pro-Israel message is mired in shades of gray.

Israel’s message used to be one of black and white conviction,  but it has since faded to gray. And millennials don’t want moral ambiguity. What they want to know is which is good and which is evil.

That’s one basic reason why the Left does better with young people. Conservatives keep trying to provide adult answers to audiences that reject anything except absolute moral conviction. If they wanted to hear adult answers about complex realities, they would talk to their parents.

What they want is a compelling story that excites their outrage and convictions.

Compelling stories are about struggle.

The terrorists have a compelling story. Gaza is under siege. Desperate starving people are fighting back any way they can among the rubble. It’s a bunch of lies, but that doesn’t matter.

Lies can be even more compelling than truth.

The problem is not that the Islamic terrorists, and their allies and apologists are lying. The enemy always lies. The problem is that Israelis and Americans have forgotten how to tell their own compelling stories. They’ve traded those stories for complexity, nuance, and comfort.

Pro-Israel image campaigns about a life of beaches, coffee shops, and tech industries in a tolerant society interrupted by senseless violence is a tourist brochure. It’s a story about comfort and privilege. There’s nothing compelling about it. Adults may relate to it, but it isn’t moving.

America and Israel have compelling stories about an upstart country that beat all the odds, whose founders built it out of nothing, defeating an empire and vicious enemies to form an outpost of civilization in a sea of barbarism. These are stories of heroes and desperate last stands, of refugees fleeing religious persecution, and of the lamp of ideas burning bright.

We’ve just forgotten how to tell it.

Some elements of the founding story have become politically incorrect. Others just seem dated. Instead we’ve been telling a story about a comfortable life and upward social progress. And what we’re really doing is telling a younger generation to value what they have and asking them if they really want to lose it. The rise of leftist radicalism provides an inescapable answer.

The only stories that matter are stories of struggle. When societies that have struggled begin telling new stories about what they have and why they’re afraid to lose it, they lose their story.

A society is only as young as its stories.

America and Israel are being accused of imperialism and colonialism by medieval Islamic colonialists and imperialists. The feudal proponents of Sharia law claim to be revolutionary and progressive. Against these compelling lies, we have even more compelling truths. The question is whether we can let go of the stories about what we have to tell the story of what we don’t.

To tell a compelling story of struggle we have to leave our comfort zones and feel the danger. And we have to stop inhabiting a nuanced reality, and enter a black and white world instead.

Pro-Israel image campaigns that talk about Israel as a nation of beaches and immigrants will fail. The true story of a few million people fighting for their lives against everything that has been thrown at them is much more compelling. But it’s also scary and uncomfortable. Telling it requires leaving the comfortable bubble in which most people find their sense of security and confronting the unthinkable fragility of the present, and the horrors of the past and the future.

That’s not just a lesson for Israel, but for all of us.

If we can’t tell the story of the struggle we are in because it seems too stark or alienating, or because we are too afraid to face it, then we will not only face the struggle, but we will lose it. 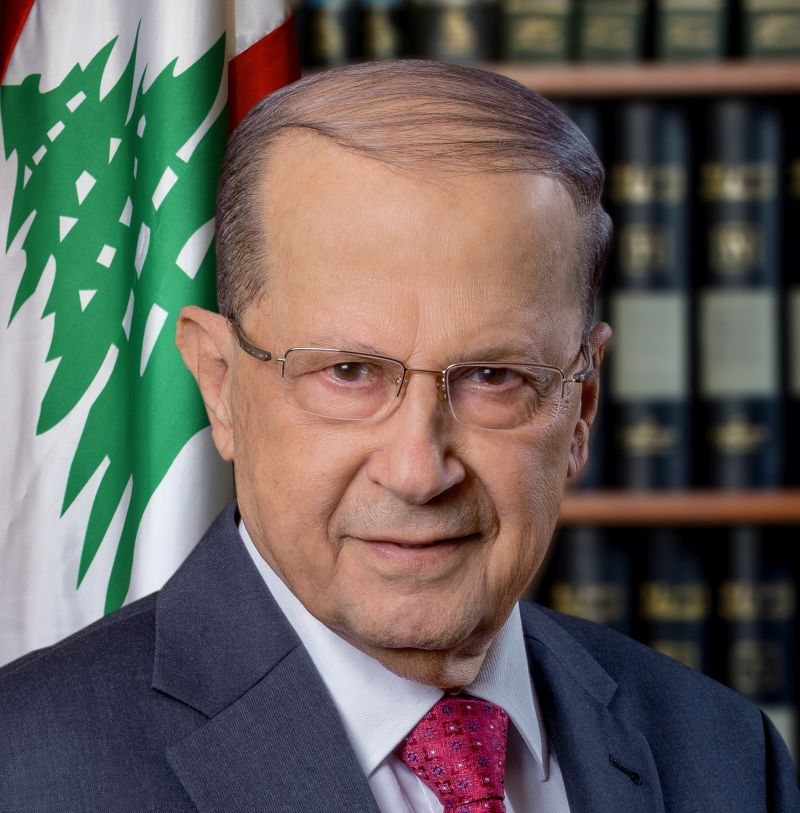