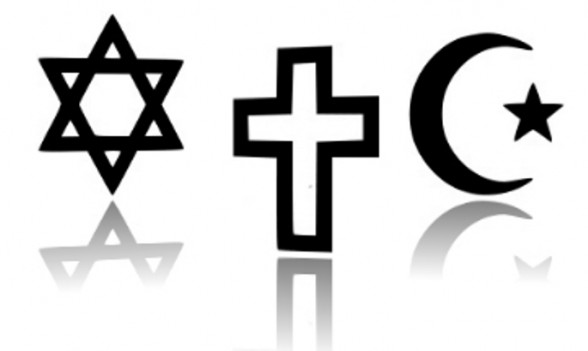 Like most people, I breathed a sigh of relief when leaders in the Middle East affirmed the Abraham Accords earlier this month. The text is clearly intended to prompt people to think about the shared challenges faced by humanity.

“We support science, art, medicine, and commerce to inspire humankind, maximize human potential and bring nations closer together,” the statement reads in part.

The affirmation of the text comes on the heels of a diplomatic agreement between Israel and the United Arab Emirates. The fact that the UAE has recently sent a probe to Mars indicates that at least a few people in the Middle East are more interested in building a future for humanity than they are fomenting hostility against the other. That is a source of profound hope for anybody who is paying attention.

The people involved with the production of the Abraham Accords, and the diplomatic agreements that proceeded it, knew what they were doing. They were more interested in delineating shared interests than being nice. Sadly, that is not always the case when people get involved in interfaith dialogue. Sometimes people use interfaith dialogue as an opportunity to grandstand and virtue signal.

I once participated in a conference between Christians and Muslims at a resort in Craigville, Massachusetts. The event, which took place in 2006, was organized by a group of pastors within the United Church of Christ, a liberal Protestant denomination in the United States of which I had been a member since being baptized as an infant. The group was called “Confessing Christ.”

To their credit, the pastors from Confessing Christ who organized the conference went out of their way to make their Muslim dialogue partners feel welcome. Being good hosts, they nodded affirmingly when their interlocutors complained about Islamophobia and racism against adherents of their faith in American society. And they didn’t really push the issue of violence against Christians in Muslim-majority environments in the Middle East and North Africa.

Still, there were some real disagreements. The conference took place the year after the UCC’s General Synod passed a resolution affirming same-sex marriage, motivated in part by the “God Is Still Speaking” slogan that the denomination was using as part of its branding strategy in the new millennium. (Another one of the denomination’s slogans went something like, “Never place a period where God has put a comma.”)

During one presentation, a UCC pastor asked an imam for his response to her denomination’s “God Is Still Speaking” message. The imam affirmed that God is in fact still speaking to Muslims — through the Quran. He didn’t come right out and say it, but he made it clear that as far as he was concerned, God had spoken through the Quran and hadn’t changed his mind since. The imam wasn’t rude about it, but he was clear in his meaning. For this imam, the gates of ijtihad, or Quranic interpretation, were closed.

The same imam, however, did go out of his way to say things that he thought would please the Christians in front of him. During a breakout session, he said that he was profoundly offended by blasphemy, not just against his religion but against Christianity as well. He was offended when nonbelievers said uncharitable things about Jesus and Mary and thought that type of speech should not be tolerated.

As a former newspaper reporter and editor who relied on the first amendment, I couldn’t go along with this and said so. Even as far back as 2006, I understood that what I saw was a gambit to get people onside with blasphemy laws that would protect Muslim sensibilities at the expense of free speech in the United States. As the recent murder of a schoolteacher in France has revealed, Islamic teachings regarding blasphemy have real consequences.

A year after the dialogue, the imam in question, Muhammad Masood, was deported from the United States and sent back his native Pakistan on charges of immigration fraud. He told a local newspaper that he was going to miss the United States, saying, “I will be a stranger in my own country.”

Apparently, he landed on his feet back in Pakistan.

He has since remarried and with the help of his brother, Hafiz Mohammed Saeed, a well-known jihadist, Masood became a spokesperson for Jamaatud-Dawa, a charitable front for Lashkar-e-Taiba, a jihadist organization that perpetrated the Mumbai massacre in 2008. In 2009, the Times of India reported that prior to his expulsion from the U.S., Masood was in the country to “preach and raise funds for jihad.”

In 2019, Masood was one of a few men who, along with his brother, were arrested on terrorism charges by the government of Pakistan. In 2012, the U.S. government put a $10 million bounty on Saeed’s arrest because of his alleged involvement in the massacre.

In retrospect, it’s clear that the folks from Confessing Christ had no idea whom they had invited to speak at their conference.

Despite all this, I’m a huge supporter of interfaith dialogue, even with its risks. There is simply too much at stake for people of different faiths not to talk to each other in the pluralistic world we live in. The fruits born by the Abraham Accords, which were built on a negotiated peace between Israel and the United Arab Emirates and Bahrain, simply cannot be denied.

Peace is possible when people of different faiths come to the table — if they gather in a spirit of honesty, integrity, transparency, mutual respect and shared purpose.