Who is enforcing the code of silence regarding the disgraceful documentary produced by filmmakers Maya Zinshtein and Abraham (Abie) Troen?

Zinshtein and Troen have been directly accused — by name — of falsifying quotes and otherwise misleading their audience in their 2020 documentary “’Til Kingdom Come,” which was a nasty and dishonest hit job on Evangelical Protestants in the United States who support Israel.

Nevertheless, the filmmakers haven’t said a word publicly about the well-documented problems with their film. They haven’t admitted to the allegations. They haven’t denied them. They haven’t even tried the old defense that the quotes were fake, but accurate.

They’ve said nothing. Not one word. And the people in the documentary filmmaking community have let them get away with it. No one in this community has called them to task — at least not publicly.

The film, which was supported with funds from numerous nonprofits in the United States and Israel, included audio of fake quotes attributed to former U.S. President Donald Trump and David Brog, founding director of Christians United for Israel. Zinshtein and Troen fabricated the quotes by cutting and pasting words Trump and Brog said during speeches and rearranging them to say something other than what Trump and Brog actually said.

They brazenly altered the meaning of their words. They made Trump sound like he wanted to give all of the West Bank over to Israel when he said no such thing. They made Brog sound like he wanted to stop giving money to Palestinian refugees when in fact, he just wanted the money distributed by the United States Agency for International Development (USAID) and not the corrupt and feckless United Nations Relief and Works Agency (UNRWA).

So much for the film’s status as a “documentary.”

To further push their narrative that pro-Israel Evangelicals in the U.S. are a bunch of heartless warmongers, Zinshtein and Troen failed to tell their viewers that leaders in this community played a significant role in bringing about the Abraham Accords, even though they bragged in a now deleted Tweet about having footage from Johnnie Moore, a prominent Evangelical, talking about Evangelical involvement in the normalization process when the story of the agreement broke.

The video of Moore talking about the Abraham Accords has been taken down, probably because it undermined the false message of the documentary — that American Evangelicals are intent on starting a war in the Middle East with Israel and Jews as their proxies.

These falsehoods weren’t discovered until after the “documentary” had been shown in numerous film festivals in the United States, some of them organized by staffers at JCCs and Jewish Federations who wanted to help promote the anti-Evangelical narrative put forth in the film.

To its credit, Harvard’s Program on Negotiation, which showed the film to its stakeholders in December 2020, has posted a disclaimer about altered quotes in the film on its YouTube channel. And the Israeli TV network Kan 11 did a segment on the fake Trump quote in the documentary, but otherwise, there has been little effort to correct the record by people who promoted, lauded, and funded the film.

For example, David Halbfinger from the New York Times used an interview with Zinshtein as an opportunity to accuse Evangelicals of “making the conflict between Israel and the Palestinians more difficult to resolve.” So far he hasn’t done a follow-up.

The fake quotes got past Halbfinger like the ground ball through Bill Buckner’s legs in game six of the 1986 World Series. He wasn’t the only one. Lots of people said nice things about the film and some organizations even helped pay for it.

For example, the Jewish Film Institute, which helped promote and fund the film,  said nothing. The International Documentary Association, which also promoted and provided funding for the film, has said nothing about the ethical lapses in its production.

Abramorama, which distributed the film in the United States, hasn’t released a statement.  Brenda Goodman, a professor at the University of Southern California’s School of Cinematic Arts, who gushed over Abie Troen (a USC film alum) during an online interview about the film in December 2020, hasn’t said much about the film either.

The International Documentary Association, which helped fund and promote the film, hasn’t responded to the abuse of their funds by Zinshtein and Troen. The Jewish Film Institute, which gave the filmmakers a “completion grant,” hasn’t issued a statement about the scandal either. Nobody is saying anything, despite repeated efforts to contact the folks involved.

Somebody should make a documentary about the code of silence in the documentary film community.

We can call it “Omerta.” 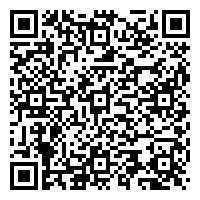