It’s never a good sign when George Soros’s name is back in the headlines. The Hungarian-born hedge-fund billionaire has become a touchstone of controversy. Both Republicans and Democrats in Virginian are taking his name in vain this week as the off-year election for governor, as well as various other state and local positions, has become a battleground in an unexpectedly tight race. Each side in the tribal culture war that characterizes contemporary American political discourse views him as a symbol that can help rally support to them.

Virginia Republicans, including gubernatorial candidate Glenn Youngkin, are denouncing their opponents who are beneficiaries of donations from Soros’s foundations and related political action funds as leftist pawns of a malign influence on American life. In response, Democrats are not only responding by saying that the charge is out of bounds but are using it to convince Jewish voters that the GOP is anti-Semitic.


While he is a figure whose stands and conduct are worth debating, the argument about Soros has become bigger than just one about him. By claiming that the very mention of his name is evidence of prejudice, Democrats who link all criticism of the billionaire to Jew-hatred aren’t just wrong. They are all undermining the struggle against anti-Semitism at a time when just about everyone agrees that it is on the rise.

That a Hungarian Jew who survived the Holocaust would loom so large over the worlds of high finance and politics is an unlikely story. A man of immense talent and ambition, he parlayed his skill at speculation into an enormous fortune utilizing both his grasp of economics and a gambler’s luck. But having acquired great wealth, he decided that his real calling was in using it to support the causes he believed in.

Soros’s massive donations to various charities, activist groups, political causes and candidates have earned him the title of the “most generous giver” in Forbes magazine’s annual ranking of billionaires. He doesn’t rank very high on that list these days with only a paltry $8.6 billion to his name. That’s because he has given away the majority of his original fortune to various nonprofits with most of it (reportedly $32 billion) going to his own Open Society Foundations.

Much of his foundation’s work in its early years when it was funding efforts to promote dissent against Communist tyranny in Soviet-dominated Eastern Europe was laudable. But Open Society has since then branched out into other causes that are far less defensible.

For example, in 2010, it gave $100 million of Soros’s money to Human Rights Watch. But by that time, the group had long since become a bastion of hard-left intersectionalism, devoting most of its energy to causes like demonizing and delegitimizing Israel, which it falsely accuses of being an “apartheid state.” Open Society is also a major funder of a host of Palestinian and other groups that smear the Jewish state and support the anti-Semitic BDS movement. He was also the major initial funder of the left-wing J Street lobby that is highly critical of Israel though, at his request, the group kept this a secret for several years.

But Soros is more than just a donor to international left-wing causes. He’s one of the largest donors to Democratic candidates in the United States. Rather than just concentrating on backing a presidential candidate or other major players, Soros and his Open Society crew have taken a far more clever approach to ensure that their preferred policies are enacted. For example, in the last six years, Open Society-created funds have prioritized overhauling the criminal justice system. It has played a central role in the election of left-wing district attorneys from Philadelphia to Los Angeles and San Francisco who have downgraded prosecutions of criminals in favor of policies that have made those cities far less safe for law-abiding citizens.

The wide influence Soros has exerted on U.S. politics and society is sometimes exaggerated by his critics, such as those who wrongly asserted that he funded all Black Lives Matter protests and riots. But it is also true that Open Society money can be found in many places, including backing groups who support the BLM movement—either first or secondhand—and any mention of its efforts in an amazing number of controversies, causes and election battles is often unavoidable.

While Soros’s influence may be lamentable, there is nothing really underhanded or illegal about it. Nor ought his efforts be banned. He has the same right to use his money to fund political speech as conservative donors or anyone else in a country that values its First Amendment rights.

It’s true that talk of shadowy rich Jews manipulating the affairs of nations across the globe is a traditional trope of anti-Semitic invective. But what those who say that attacking Soros’s influence is evidence of anti-Jewish prejudice are forgetting is that while it was a myth that the Rothschilds and other wealthy Jews were secretly running the world, Soros and Open Society are involved in trying to impact the way a lot of countries are run.

Some of those who have attacked Soros as an international financier have done so in an anti-Semitic manner. The same is true of the invective still hurled at him in his native Hungary. To be fair, however, Soros’s record as a currency speculator has earned him some justified resentment from those who had to pay the price of his big scores. For example, his 1992 bet against the British pound sterling earned him a cool 1 billion pounds in profit while costing the taxpayers of the United Kingdom 3.4 billion pounds. Similarly, his selling local currencies short in Malaysia and Thailand set off the 1997 financial crisis in Southeast Asia giving further ammunition to anti-Semitic forces in the region.

Some far-right extremists may use Soros to promote their brand of Jew-hatred. And the Republican Party has some problematic members of its own. But the notion that a man who has been investing unprecedented amounts of money in political races across America to promote a brand of left-wing politics must be considered off-limits for criticism is as absurd as it is cynical.

It’s also deeply hypocritical for Democrats to play this card in this way. They have their own anti-Semitism problem in the form of an increasingly loud and influential left-wing faction whose embrace of intersectional ideology has helped fuel the demonization of Israel and the legitimization of attacks on American Jews. The Democratic leadership, including President Joe Biden, continues to court rather than condemn open anti-Semites like Reps. Ilhan Omar (D-Minn.) and Rashida Tlaib (D-Mich.) and the growing number of so-called “progressives” in the House. So for people like Second Gentleman Doug Emhoff to be trotted out as a Democratic Jewish surrogate in Virginia—someone who has never previously been a voice on behalf of Jewish causes or pro-Israel advocacy—in order to label Youngkin as an anti-Semite is not only outrageous but undermines the credibility of their attempts to stand up against Jew-hatred and renders national unity on the issue impossible.

I’ve previously noted how partisanship has led to a situation where both sides of the partisan divide find it easy to accuse those that can be linked to their political foes of anti-Semitism while refusing to be honest about the haters that are their allies. What the Democrats are doing in Virginia isn’t just an example of this lamentable trend; it’s evidence of how doing so has made the discussion merely an excuse for peddling partisan talking points. Those who play this game are damaging the effort to combat anti-Semitism, not aiding it. It’s long past time for them to give up this discreditable ploy. 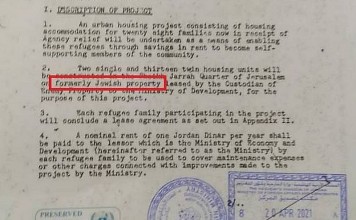 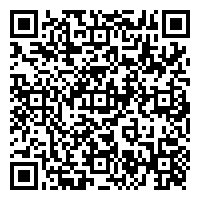