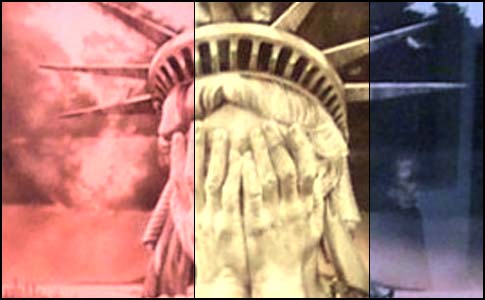 I nominate Nathan Marsh Pusey, president of Harvard 1953-71, as the person who first foresaw and explained the modern American university’s disastrous decline.

He did so elegantly and publicly, while reflecting on his presidential tenure in the course of his final commencement speech a half-century ago, on June 17, 1971. The talk received considerable attention, being published in full by the Boston Globe, covered by the New York Times, and discussed in a major history of Harvard.


Pusey began by recalling the great hope for universities at the end of World War II and noted their considerable accomplishments in the sciences and in other fields. But then he added a somber consideration that jumps out a half-century later:

So we dreamed and so we worked. The effort has not come out exactly as we had hoped. At least not yet. But now a change has occurred, and as so frequently happens with the weather, the change was accompanied by storms. Universities are no longer universally admired. Indeed some people have even come to look upon them less as saviors than as the source of evils from which society must be saved. The general public evidences less esteem for university faculties.

It startles to realize that the academy’s low reputation began so long ago and is not something recent.

What had gone wrong? Pusey focused on “sharply critical students,” his euphemism for extreme leftists:

A growing number of students are less readily impressed by what professors have to offer and less ready to devote sustained attention to their teaching. These sharply critical students are also less convinced of the integrity and validity of society’s institutions, including its colleges and universities; and they are less ready to work in and for them, on established terms, than were the young who for the most part were happy to be attending and serving these same institutions just a few years ago.

Pusey noted the extent of the challenge: “The aims and methods of universities have come into question – fundamentally.” He anticipated how, over time, those radicals would transform the American university for the worse: “There can be no doubt that we are entering a new, very different, and, it appears, a very troubled period in higher education.” That “very troubled period in higher education” remains very much with us fifty years later, indeed more troubled than ever and with no sign of letting up.

Pusey correctly predicted “an era of radically altered conditions, sharp change, and formidable obstacles” and of twin crises in scholarship and personnel:

The lack of people with “stamina and character” drove Pusey to a “gloomy” conclusion about the future of the American university:

Because so many currently question the value of universities and their ability, in the face of challenge, criticism and increased financial stringency, to continue to serve in their ancient and honorable tradition, it would be easy to feel gloomy about their prospects.

In other words, his bitter experience with the play-revolutionaries of 1969-71 gave Pusey the special insight to predict that this cohort would fundamentally change the nature of higher education for the worse.

Judging by the New York Times‘ account of this speech, Pusey’s audience missed its point, Bill Kovach reported that Pusey had “reviewed his 18‐year tenure as one covering a time in which universities were transformed, in the eyes of the public, from the source of hope for a better world to fumbling institutions that could not meet the challenge.” Fumbling hardly does justice to this scathing indictment.

To the extent he is now remembered, Nathan Pusey (1907-2001) is recalled for successfully standing up to Joseph McCarthy in the early 1950s, then failing to handle student rioters in the late 1960s, leading to his exhaustion and “premature retirement.” Instead, he should be remembered for a deep analysis of the university’s predicament; before anyone else, he on the record prophetically inferred from the radical leftism of his final years at Harvard to foretell the “very troubled period” ahead.

Now, if he were only around to tell us when it will end.

June 17, 2021 addenda: (1) Pusey delivered this speech at the graduation of my college class. He, not surprisingly, called it “the worst class in the history of Harvard.” Perhaps more surprisingly, I concur with that assessment.

(2) I missed Pusey’s speech, having to skip commencement to join an Arabic language program in Cairo. 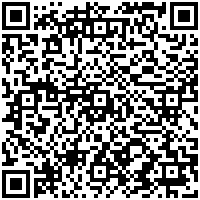