It appears Israeli voters will be going to the polls for a fifth time since April 9, 2019. Prime Minister Naftali Bennett’s government finally gave out last week, unable to continue to govern with a bare one-seat Knesset majority where every MK could and did regularly exact political tribute. Current polls are not identifying a reasonable scenario for a much larger coalition, but we hope Israeli voters think long and hard about the benefits of going with former Prime Minister Benjamin Netanyahu.

News reports continue to abound about secret meetings between the United States and Israeli and Arab military chiefs to counter Iran. Israel’s support for Ukraine has somewhat alienated Russia, whose cooperation it needs in order to be able to continue to attack Iranian bases in Syria. The U.S. is also said to be contemplating how to ensure that Israel’s growing ties to the Arab world can be harnessed for American security interests.


The Biden administration is also reportedly trying to broker warmer relations between Israel and Saudi Arabia, with the goal of bringing the Saudis into the Abraham Accords in the very near future. President Biden is soon to visit the Middle East, and is expected to be importuned by Palestinian Authority President Mahmoud Abbas to pressure Israel to accept a two-state solution and reopen the U.S. Consulate in Jerusalem for contacts between the U.S. and the Palestinians. Abbas is also expected to tell Mr. Biden of his concerns that the Palestinian issue will be marginalized should Saudi Arabia indeed join the Abraham Accords before there is a Palestinian state.

These are especially fraught times internationally and Netanyahu has shown he can get the job done. This is no time to take chances. A Netanyahu-led coalition would likely consist of the Likud, Religious Zionists Party, and two Chareidi lists – far more politically homogeneous, particularly on issues involving settlements and the Palestinians, but therefore less likely to topple based on one issue alone or a single defection. The former prime minister would doubtless not face the same headwinds and moving parts as Mr. Bennett did. Moreover, he surely has the most experience in playing the game. 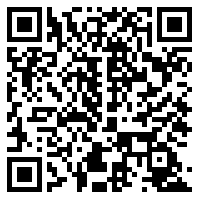