When the Boston Globe was up for sale in 2013, former New York Sun managing editor Ira Stoll listed 25 potential buyers in an article for smartertimes.com. One of them was Russel Pergament.

“[I]f you were buying the Globe and wanted a business-side success,” Stoll wrote, “you’d want him on your team, or at least not competing with you.”

Pergament, 67, is the former publisher of amNewYork, Boston Metro, and the Tab – a chain of 14 free suburban weeklies outside Boston – as well as the managing partner of two wire services, News Service Florida and State House News Service. Widely acknowledged for his news business acumen, Pergament ventured into the world of Jewish publishing in 2011 when he founded JNS, a Jewish news wire service currently used by several dozen newspapers and websites.

He recently spoke to The Jewish Press about his background, career, and passion for the state of Israel.

Pergament: I grew up in Queens, New York, in a family that was distinctly unreligious, totally assimilated. I went to public schools in New York, to a private high school in Massachusetts, and then to Boston University.

I was 12 during the Eichmann trial, and that was really stunning to me – when I realized how vulnerable Jews are. It really has colored my understanding of history ever since, and it made me a Zionist.

How did you get into the newspaper publishing business?

When I was growing up in New York there were seven or eight different daily papers, so I saw a very vibrant press. As I got older and started to work at different newspapers – Rolling Stone, Hearst newspapers, weekly papers, underground papers, etc. – I quickly understood that you could obtain national and world news from a half dozen sources, but local news or news for a specific ethnic group could only be found in your local weekly, which gives these small papers an outsized influence.

So in 1979 my close friend Stephen Cummings and I decided to create a very ambitious local weekly in the Boston area with investigative reporting and just saturate one town at a time – Newton, Brookline, Cambridge, and then 11 others. That was the Tab, and it worked really well. We became the dominant weekly paper in many communities. We had coverage that was picked up all over the country. We had people arrested for municipal bribes, we would write about health code violations – we really shook it up and put seven other weeklies out of business whose people just did not work as hard as we did. There are no shortcuts in this business.

How many people worked for the Tab at its height?

About 145 at the end – 40 in the newsroom, about 40-45 in the sales department, 10 in circulation, and then others in support services, business and finance, etc.

In 2003 you launched amNewYork, a freebie many New Yorkers are familiar with from their subway commute. What was your thinking in launching it?

The premise of amNewYork originally was to reach young professionals heading to work in Manhattan with a newspaper they could read in 20 minutes and get a quick scan of the world. We had a lot of world news and we had investigative reporting; our editor was a Pulitzer Prize winner who left the Daily News to lead the newsroom.

It was an energetic and fearless newspaper, and we started attracting advertising from Bloomingdale’s, Macy’s, Lord & Taylor – the top advertisers in the city – because the ads worked. But then in 2006 we sold our equity to the Tribune Company, and since then it looks like the paper has become more of a lifestyle and pop culture publication, which is a different approach than we had originally succeeded with. 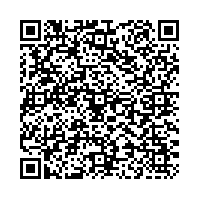