The U.S. news media are giving little attention to one of the most significant and alarming current health stories – the World Health Organization has issued a global alert in the wake of an outbreak of the debilitating Enterovirus D68 in the U.S.


There has been speculation that the polio-like Enterovirus, which mostly targets children, could have been carried into the U.S. by illegal-alien minors from Central America.

A global WHO alert for the virus is exceptionally rare and is the first of its kind associated with an outbreak in the U.S.

The last global alert for Enterovirus was issued in 2008 in China. The only other Enterovirus alert came 10 years earlier, in 1998, again in China.

The U.S. news media, however, largely have failed to report on the WHO alert. A Google News search for the terms “World Health Organization, Enterovirus” finds no headlines on the alert other than the WHO’s own press release.

According to news reports, the EV-D68 virus so far has killed seven children and has hit minors especially hard.

Since mid-August, the Centers for Disease Control and Prevention, or CDC, has confirmed more than 600 cases of Ev-D68, noting almost all cases were documented in children.

The EV-68 virus was identified in California in 1962, but until the current outbreak it has rarely been diagnosed in the U.S. in the past four decades.

The latest outbreak has taken on a political tone, with some in talk radio and on the blogosphere suggesting the virus may have been carried to the U.S. by illegal aliens, especially the so-called unaccompanied alien children, or UACs, who have been streaming across the southern border.

Most UACs originate in Central American countries, some of which have seen recent spates of EV-68 virus outbreaks.

A study published October 11, 2013 in Virology Journal reported on nasopharyngeal swabs collected from 3,375 subjects aged 25 years or younger from eight Latin American countries who had an influenza-like illness. The study found human Enteroviruses were identified in a staggering three percent of all subjects.

Media Matters cites a statement it obtained from CDC spokeswoman Jeanette St. Pierre saying: “Currently, there is no evidence from testing at CDC that EV-D68 infections in the U.S. are a result of unaccompanied minors moving into the country.”

Did illegal aliens from Central America bring with them an aggressive mosquito just discovered in California that is a known transmitter of debilitating and possibly deadly viruses?

Both the mosquito itself and many of the viruses that can be transmitted by the insect are endemic to Central America and have been found in Mexico.

The mosquito, also known by its scientific name, Aedes aegypti, is an insect capable of spreading dengue fever, chikungunya, yellow fever viruses, and other diseases.

Susanne Kluh, director of scientific-technical services for the Greater Los Angeles County Vector Control District, told the Times that while the “debilitating viruses, so far, aren’t locally transmitted in L.A. County, the mosquitoes that can transmit them are now here.” 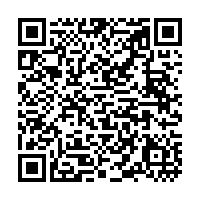