The Jewish Press: You’ve written several books on the importance of menuchas hanefesh. What led you to write these works?


Rabbi Ostrov: I’m a social worker by training, but about 11 years ago I found that the secular approaches I had learned were no longer as effective as I wanted them to be – that Am Yisrael deserved more. So after searching in different areas, I found that the answer was in our own backyard. It was in the works of Chazal, and it’s the principle of menuchas hanefesh.

I found it in a series of classes given in Israel by Rabbi Chaim Friedlander in the Ponovezh Yeshiva in the 1960s or ‘70s. When I discovered it, I realized I had found what I’ve been always looking for.

How do you understand menuchas hanefesh?

It’s a state of mind that creates a Kiddush Hashem. It demonstrates that we have equanimity, love, inner peace, bitachon, and emunah. It’s a beautiful thing, and when we integrate it into our lives, families, and marriages, it does wonderful things.

The Alter of Kelm was once asked why a baby smiles. A psychologist would answer because the baby learns to mimic and respond, but the Alter of Kelm – who was the master of menuchas hanefesh – said a baby smiles because it is reflecting the beauty that Hashem placed in it: the neshama.

So by nature we should all be smiling?

We always are smiling. But because of our life experiences, we lose contact with the innocent beautiful child within us that is connected to Hashem 24/7.

The goal is learning to reconnect to our beautiful inner self, the godly neshama that is always there. The neshama is a spiritual expression of our immune system. It is perfectly balanced and knows exactly what we need every moment of our lives.

At the Agudath Israel convention in November, you delivered a speech in which you said the importance of marriage was self-understood in Jewish circles in generations past whereas today it isn’t. What’s changed?

Society has changed the rules of the game. Western culture no longer sees marriage as essential to life. People can live as a singles and have relationships with anyone they want. They no longer need a spouse for a hot meal or a relationship. And society’s abandonment of marriage has trickled down to us.

We have become married to other things – our jobs, social media, vacations, the Internet, etc. – and it becomes very difficult to develop a preeminent relationship with somebody above all others. That’s why older singles keep on going out and out and out.

In your speech, you note that the Japanese have the lowest marriage rate in the world and connect this statistic to their high Internet use.

Yes, they have the highest rate of Internet use in the world and the lowest marriage rate. They are disappearing as a people. The birth rate in Japan is negative.

You also cite research that the highest increase in marriage and decrease in divorce were recorded three months after 9/11. How do you explain that?

Because on 9/11, people had to face their mortality. Suddenly the feeling that life would go on forever – that I’m immortal – disappeared.

But [in general] people have forgotten the meaning of the most important of all human connections: that of husband and wife. This relationship requires that we pursue things for each other, not for ourselves.

During the very last days of his life, Rabbi Shlomo Freifeld, the founder and rosh yeshiva of Sh’or Yoshuv, allowed a person whose marriage was about to end to come into his room for a few minutes. About 10 years later, Rabbi Jaeger, the rosh yeshiva’s son-in-law, met this person – who remained married – and asked him what had occurred during his brief encounter with the rosh yeshiva.

The man responded: “He told me that I have a mitzvah of ‘v’ahavta l’re’acha kamocha’ – to love my neighbor as myself – and I should not think that ‘neighbor’ means my friend or my rebbe or anybody else. Chazal say ‘re’acha’ means your wife, he told me. ‘You have a mitzva mi’deOraisa to you love your wife. So please go,’ he said, ‘leave me, and love your wife.’”

And that’s what he did. 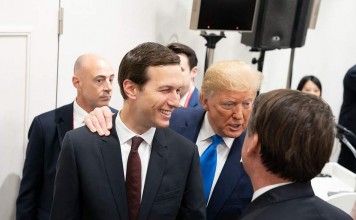