My dream, by the way, is that one day no one will have to label himself anything. You’ll just be a Jew.

There are 39 Orthodox MKs in this Knesset – more than any before in history. What’s the significance of this?


I think the question isn’t about significance but responsibility. With such numbers, I think we have a responsibility to do something. We can have a tremendous influence on the country.

You wrote an article last year bemoaning the absence of God in Israel’s political culture. You compared Israel to America where almost every politician ends his speech with, “God bless America.” Why is God so absent in Israel?

You know what’s amazing? Yesh Atid has brought more Torah to the Knesset than there’s been in decades. The number of people in our party who said tefillot and quoted from Tanach or the Gemara in their inaugural speeches in the Knesset is way beyond what Israel has seen before. I end every one of my speeches with, “May God bless Israel.”

As far as why God is normally absent in Israel, it’s because religion in Israel has become something people are afraid of. They’re afraid it will be forced. So even secular people who believe in God and want some Judaism in their lives don’t talk about it.

Yesh Atid is trying to bring about an environment where God is not a negative topic – that mentioning God or our classic sources doesn’t mean that the next step is we’re forcing religion on you. We’re trying to create an environment [where people] can embrace Judaism and feel proud to be Jews.

When you became an MK, you were forced to renounce your American citizenship. You apparently cried when you did so. Why?

Because America gave my family every opportunity to live as religious Jews. My father, zichronah livrachah, was a federal judge and my father-in-law was a chaplain in the U.S. army. I was able to pursue every dream I wanted. So when you have to stand up and raise your right hand and say, “I renounce my U.S. citizenship with free will,” it felt like kefiyat tova – that I was being an ingrate a little bit. It was very hard to say those words.

Editor’s note: Elliot Resnick has recently published a collection of 60 of his best interviews. Titled “Movers and Shakers,” the book is available at Brenn-Books.com, Amazon.com, and local Judaica stores. 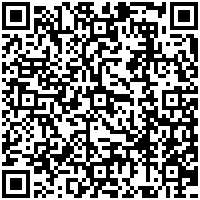