Sharren Haskel may be one of the youngest members of Knesset, but that hasn’t stopped Haaretz from calling her the “Israeli Margaret Thatcher.” The 33-year-old Likud member is an active legislator who is gaining recognition as a fierce defender of Israel both at home and abroad.

The Jewish Press: What in your background motivated you to enter politics?


Haskel: I was never involved much in politics growing up. I lived in Australia for six years, where I studied and worked as a veterinarian nurse in an animal hospital. When I moved back to Israel it was during the summer of protests against the rising cost of living, and I became involved with some protest groups. As I became more active, I joined the Likud branch in my city of Kfar Saba, and I volunteered for one of the Likud ministers.

I understood that if I don’t get involved to represent the younger generation and fight for what we believe in, no one will do it instead of us. So I nominated myself for the Likud list in the last election and I made it into the Knesset.

Your stand on social issues is to the left of your general political ideology. How do you reconcile these differences?

My views are extreme right wing in anything to do with our economy and civil rights. I’m libertarian in that I don’t want the government telling me how to live my life and run my business. But I’m not an extreme libertarian. I also have some conservative views. I am an economic libertarian, but on civic issues I would want the government to bring Zionistic and patriotic values to my country.

You were heckled as you spoke at the Inter-Parliamentary Union assembly in St. Petersburg last October and ended up walking out with other members of the Israeli delegation. What were your impressions of the scene?

These are massive conferences, with leaders from all around the world. One after another, different countries tried to distort the truth and facts about Israel. The Palestinians lied and accused Israel of holding political prisoners, claiming to have a list of parliamentary prisoners in Israeli jails. I thought that was impossible and looked at the list. The first person listed was Marwan Barghouti. He’s a murderer, responsible for many suicide attacks. The second one was Ahmed Saadat, responsible for the 2001 murder of Israeli tourism minister Rehavam Ze’evi.

I stood up and laid out the facts. I spoke about the hypocrisy on human rights from countries like Iran, Pakistan, Syria, and Turkey and how I feel sorry for the Palestinian people because their representatives are stealing their money. Instead of investing it in education and infrastructure, they are investing it in hatred and violence.

They didn’t like what I had to say. They tapped on the tables and tried to shout me down. But the more they yelled, the more strength I found to speak out louder and stronger on Israel’s behalf. And they were shamed by a young woman telling them off. They’re not used to that.

On his recent visit to Israel, Vice President Pence said that “If both sides agree, then Trump will support a two-state agreement.” Many Israeli lawmakers believe what former MK Gideon Saar said shortly after at the INSS Conference: “Negotiations with the Palestinians are at a dead end.” Do you agree that the two-state solution is dead?

Yes, I do believe that. The Obama administration came to Israel and essentially said, “We know what’s good for you and will lead you to the solution that we know is good.” It didn’t matter how much Israel protested that the “solution” was not based on reality and would endanger Israeli lives.

The new Trump administration is saying something different. They are saying, “You live here, you know the history and the reality, you are going to have to deal with any kind of consequence resulting from your actions. So it’s up to you to decide how you want to see the future. We are here to assist you to ensure a more stable and peaceful reality for Israel and for the Middle East.” And I respect and love hearing that.

Though Trump has declared Jerusalem to be Israel’s capital, he is continuing to press for negotiations. Do you think that’s wise if it’s obvious that Israel has no partner for peace?

While the new administration is very understanding, there is also a lot of pressure from the international community. I think that what they’re trying to do is prove that this is really a dead end. Until now, every time the Palestinians would refuse to sit down and negotiate they would gain leverage and encouragement. It created a reality that no matter how much Israel was willing to offer, and how much it was willing to risk its security to reach any kind of deal, the Palestinians walked away from the table. They understood that they didn’t have to make any concession. The longer they waited, the more they got from the international community; time worked to their benefit. They didn’t have to compromise and negotiate.

Trump put an end to that. He said the longer that the Palestinians wait, the worse it will be for them. Months passed and Trump’s still holding the fort. The Jerusalem declaration came, followed by withholding UNWRA funding. They have to realize that time will not work to their benefit. I think this is aim of this approach.

A recent Pew Research poll highlighted an increase of Republican support for Israel and a significant drop in Democratic support, with the divide being glaring among younger adults. How do you explain this?

I’ve been on different tours to speak on campuses. My last one was a few months ago with the ZOA on some of the tougher campuses, like NYU, Columbia, Harvard, and Brandeis. The younger Jewish generation is in a very hard spot. Most of the anti-Israel sentiment is coming from campuses.

It’s hard for Jews on campuses to separate campus life from political struggles and activism. And the major topic is the Israeli-Palestinian issue. Instead of talking about Israel as it really is – a nation that stands for human rights, liberties, and democracy in a region that’s devoid of such – they’re telling the exact opposite story. They’re trying to turn it into a David and Goliath story. So when they grow up in that environment and don’t have the tools and facts and possibly have never been to Israel, they don’t have the knowledge to fight back.

Would you agree that this attitude is also connected to the politicization of certain issues, such as the Kotel, among many of non-Orthodox Diaspora Jews?

The Reform and Conservative in America are part of the Jewish community and are extremely important to us. We are meant to be a shelter for all Jews. But the relationship shouldn’t be a political one; it should be historical, cultural, and religious. In that sense we have to make certain adjustments but there is also a line. We gave the authority to the Rabbanut Harasheit to be in charge of all of our holy sites. As a Knesset Member, it is not my duty to take part in religious decisions. I am not a religious authority and I can’t force a rabbi to accept something that he considers unacceptable.

Regarding the Kotel, I made some suggestions to the prime minister and Tzachi Hanegbi, who is working to trying to resolve the issue. The area of the continuation of the Kotel is in the hands of the archeological authority and should stay that way. The Reform and Conservative have the option to pray in that area. That would be the best solution. But they don’t want to be under the archeological authority and want the same authority as the Rabbanut Harasheit. As a government minister, I can’t give religious authority to someone who is not recognized by the government in that way.

I met you on a visit to the Ma’arat HaMachpelah, where you told me you visit each month. What is the goal of your monthly visits?

Ma’arat HaMachpelah is one of the holiest sites in Judaism. It’s where our ancestors are buried. Everything you see there now is just markings built during the Mamluk period, on top of what was built by the Christians during the Crusader period. Underneath that is what was built by Herod, and underneath it all is the cave of Jewish tradition. In order to be close to that cave you have to walk through Ulam Yitzchak ve’Rivkah. But it’s closed to Jews. They are forbidden to visit there except once a year, and then it’s extremely crowded and you only have two seconds there.

It’s a shame that in a Jewish country, this cave and Har Habayit are places where Jews are not allowed to pray. This limits our freedom of religion. As a Knesset member I can, by law, enter every public place in the country. They cannot forbid me from going in. So I try to go once a month to show a Jewish presence…where my ancestors are buried. I pray there, light candles, and try to absorb some of the energy that is there. Every time it’s a visit that is both happy and sad at the same time – I’m happy that I’m blessed with the opportunity to be there but sad that no one else can enter.

Israel is approaching its 70th birthday. What are you most proud of and most concerned about going forward?

I’m so proud of this country. It is an amazing miracle to live in an independent Jewish state after generations of persecution. We developed a country out of nothing. If you had walked here seventy or eighty years ago, you would have seen nothing. With the Jewish presence came the blessing of milk and honey. We were able to develop a strong and growing economy, export medical research and technology all around the world, and advance a cultural society that is based on ancient language and traditions. Everything we created is based on democratic values of freedom, liberty and equality, and Israel brings this flag of hope to the entire region around us.

I’m most concerned about the existential threats to our security and borders. We have to continuously adapt to new realities and confront new threats. We need to fight dangers that occur and mutate around our borders, Syria, Lebanon, the Sinai desert, Gaza, and in the international arena, where they’re trying to delegitimize Israel. We have to be on top of it with the best technology, the best intelligence, and strong ties and cooperation with other countries. 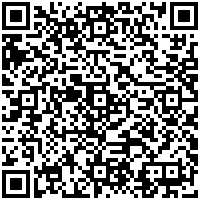