When Israeli Prime Minister Bibi Netanyahu unveiled stolen nuclear files from the heart of Tehran, he brought to light something that many world leaders had tried desperately to keep in the dark. And yet they still continue with the charade.


Against the backdrop of lever arch files, countless CDs and a power point presentation Netanyahu showed, with supported evidence, exactly how Iran – a regime that he has warned about for so many years – had been lying to the entire world. They lied about never having a nuclear weapons program. They lied about destroying archival information. They lied about every aspect on which their nuclear deal with the West was made.

In other words the entire deal that President Obama and the rest of the world made with Iran was based on nothing more than lies.

Now, in any contractual and legal agreement, a deal like this would be declared null and void, because it was concluded on the basis of false information.

And yet this truth – this obvious truth, backed up by over one hundred thousand documents – has done little to move the world into accepting the true dangers that Iran poses.

Instead, rather than be appalled at the duplicitous nature of the Iranians, the majority of the authors of this deal had instead banded together in a vain attempt to urge US President Donald Trump not to abandon it and recommit to it instead.

But what they actually mean is that they have chosen to ignore all of Iran’s transgressions, its lies, its falsifications, its deceit – as if nothing has changed – all in the interests of avoiding war.

Iran has been a destabilizing force in the region for many years now. They have not only threatened Israel, but Saudi Arabia as well by backing Houthi rebels in Yemen who have attacked US interests in the area.

They have supported the brutal regime of Assad through the deployment of army officers and advanced weaponry – used with regular occurrence on civilians.

They are also listed as the number one sponsor of terrorism in the world by the US State Department, supplying Hezbollah and Hamas with weapons which are used to attack Israeli civilians.

With an odious track record like this, the western allies are delusional in thinking that the “peace” they profess to want with Iran will actually lead to “peace for our time,” as British Prime Minister Neville Chamberlain also once hoped, when dealing with the dictatorship of Adolf Hitler. Chamberlain thought that if he could keep a rogue nation like Germany at bay, then Hitler’s desire for territorial conquest would be quelled.

But, as is the nature of rogue nations, Germany had no intention of keeping that “peace” and emboldened by the world’s failure to act, they confidently marched forward in their quest for European domination. The world chose to appease them, rather than face them, and by the time they were forced into a confrontation, Germany was already too powerful – leading to World War 2 and the tragic deaths of 50 million people.

No rational person wants war, but when a sovereign state threatens to destroy another sovereign state and builds up the means to achieve nuclear capability along with a substantial ballistic arsenal, the world should be worried.

Iran has been caught out in a blatant lie, which should demand harsh consequences, including renewed sanctions and penalties that will hurt its ability to develop further, yet many of the lessons from the past are being ignored once again.

It’s no different when Palestinian Authority dictator Mahmoud Abbas unleashed a tirade of antisemitism just a few weeks ago, showing exactly the kind of person he is. While he was rebuked in a rare occurrence, the UN still failed to actually condemn him for his actions, remaining fixated on the myth of him being a “man of peace” despite all contrary evidence.

Today, the nature and truth of Iran has been laid bare for all to see, leaving the world with a choice. It can either allow Iran to continue to threaten its neighbours, destabilizing the region and almost guaranteeing a future conflict, or it can curtail Iran’s ability to wage war in an effort to preserve a semblance of calm.  However, left unchecked, there is little doubt that Iran will increase its reach and continue to build and achieve higher levels of military capability placing every European city within its grasp.

Truth, when found, should be the greatest weapon in any negotiation. It will set you free from guessing the intentions of your negotiating partners allowing you to make rational decisions based on logic and facts and evidence. But should you choose to ignore it, it will cage you, imprisoning you in a windowless cell unable or unwilling to see the world around you for what it truly is. 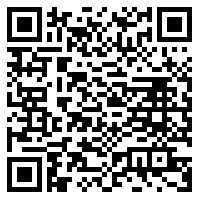