The Jewish city and history of Beitar is remembered by observant Jews each time they break bread, for the fourth blessing of the Grace after Meals commemorates the massacre and the miracle that happened there in that place. The massacre occurred in 135 CE. Hundreds of thousands (some say millions) of Jews were slaughtered by the Romans, and the Jews were not allowed to collect the bodies for burial for many years. Today, there is a thriving Jewish city there of some 59,000 residents, Beitar Illit. But there is also an Arab village with fewer than 5,000 villagers, called Battir. In 2014, Battir was named a protected UNESCO World Heritage Site, and inscribed on the UNESCO website as “Palestine: Land of Olives and Vines — Cultural Landscape of Southern Jerusalem, Battir.”

Battir lies directly northeast of “Khirbet el-Yahud,” Arabic for “Ruin of the Jews,” the archaeological site of the ruins of the ancient Jewish city of Beitar. The Arabs named it “Ruin of the Jews” because they know exactly what happened there, and that the city was Jewish. They know it was called “Beitar” and adopted it, corrupting the name to the more Arabic-sounding “Battir.” You can be sure that UNESCO knows these things, too. Which is why they were so desperate to rename the village, “Palestine: Land of Olives and Vines — Cultural Landscape of Southern Jerusalem, Battir,” a name that erases the Jewish identity, character, and history of the place.


UNESCO would very much like to disappear the Jewish history of this place that saw a massacre and a miracle, in the time of Roman Emperor Hadrian. Beitar, as it happens, was the base for the failed Bar Kochba rebellion against the Romans. After the Romans defeated Bar Kochba’s army, they avenged themselves by slaughtering the population of Jewish Beitar. The cruel nature of the Roman slaughter is gruesome and difficult to recount: babies’ heads dashed against rocks; horses drowning in rivers of Jewish blood.

But not enough for the Romans, who then refused the Jews the right to bury their dead. 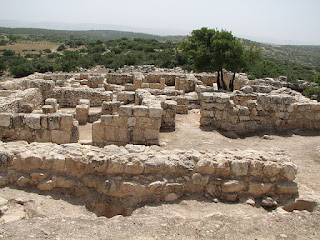 Years went by. Rabban Gamliel, along with his court, fasted and prayed for days on end, and then Gamliel laid waste to his inheritance, hoping to buy permission from the Roman despots to bury the dead of Beitar. All this time, the bodies of the slain remained where the lives of the victims had been cut short, out in the open in the fields. Each time a Jew passed Beitar, he would be sick at heart, knowing that there in that spot lay the unburied. It was a constant wound.

At last the Romans granted permission for burial, and when the Jews went to retrieve the bodies for burial, they witnessed a miracle: the bodies were not in the least degraded. They were still fresh, still whole, though out there in the wilderness there was and still is, no shortage of predators.

The profound nature of this miracle that happened to the Jewish people, inspired the rabbinical court to institute the aforementioned blessing thanking God for His double measure of goodness in both preserving the remains and allowing the dead their final honor (Brachot 48b).

It’s a blessing that’s used on a variety of occasions, for example on hearing good news, drinking a second wine, or when it rains in Israel after a drought. The main application for the blessing, however, is during the Grace after Meals, since a meal is always a part of Jewish celebration—and what better time than a festive meal to acknowledge God’s goodness after Jewish tragedy?

But back to UNESCO, which surely knows that Beitar was populated by Jews from the Iron Age until the second century CE, and the Bar Kochba revolt. The UN body would know this and be well aware too, of the massacre of the Jews at Beitar, after the fact. These are established, well-documented facts.

“Palestine,” on the other hand, was never and still is not an Arab state or country—which UNESCO also knows. By inscribing the Judean city as “Palestine” on its website, UNESCO once more betrays its antisemitic goal of erasing the Land and State of Israel and its indigenous people, the Jews. We all know of the UN’s constant resolutions against the democratic Israel, as compared to the paucity of resolutions against all the other UN member states, combined. This is just more of the same—the same antisemitism, that is.

How did “Battir” come to be protected by UNESCO? It begins in 2007, with the inception of the building of Israel’s security fence. At that time, Battir sued the Israeli Defense Ministry in an effort to force Israel to change the planned route of the fence, which they claimed would cut through a 2,000-year-old irrigation system, which Wikipedia helpfully notes is “still in use.” UNESCO no doubt helped Battir take Israel to court, and in fact, in 2011, also according to Wikipedia, awarded Battir “a $15,000 prize for ‘Safeguarding and Management of Cultural Landscapes’ due to its care for its ancient terraces and irrigation system.”

This generous award naturally encouraged the Arabs to go further, and so, in May 2012, the Palestinian Authority sent a delegation off to UNESCO headquarters in Paris, to suggest they add Battir to its World Heritage list. At the time, the PA deputy minister of tourism, Hamadan Taha, announced that UNESCO wanted to “maintain [Battir] as a Palestinian and humanitarian heritage.”

But the thing is, since there was never an Arab state called “Palestine,” there is no such heritage. The place is specifically Jewish. To suggest otherwise is to express Jew-hatred through the denial of documented history—it’s laughable. Hello: The Arabs call it “Battir” because it’s Beitar. 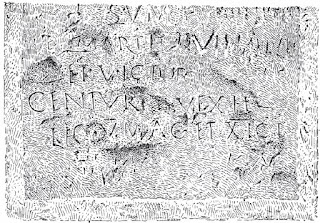 Speaking of antisemitism and erasing Jewish history, let’s remember why that security fence, the pretext for the UNESCO inscription: “Palestine: Land of Olives and Vines — Cultural Landscape of Southern Jerusalem, Battir,” was built in the first place.

From the Jewish Virtual Library:

Before the construction of the fence, and in many places where it has not yet been completed, a terrorist need only walk across an invisible line to cross from the West Bank into Israel. No barriers existed, so it is easy to see how a barrier, no matter how imperfect, won’t at least make the terrorists’ job more difficult. Approximately 75% of the suicide bombers who attacked targets inside Israel came across the border in the area where the first phase of the fence was built.

Even Palestinian terrorists admitted the fence is a deterrent. On November 11, 2006, Islamic Jihad leader Abdallah Ramadan Shalah said on Al-Manar TV the terrorist organizations had every intention of continuing suicide bombing attacks but that their timing and the possibility of implementing them from the West Bank depended on other factors. “For example,” he said, “there is the separation fence, which is an obstacle to the resistance, and if it were not there, the situation would be entirely different.”

The Jewish history of Beitar was, by the way, the inspiration behind Vladimir Jabotinsky’s youth organization of the same name, in part because Bar Kochba was a Jew who fought back against foreign domination. The Etzel and also the Likud Party have their roots in the Beitar Movement. Prime ministers Begin and Shamir were both members of Beitar in their youth, and later, both were in the Etzel.

The Beitar youth movement is named for the last stand of the Beitar warriors, and remains active today as a Zionist leadership group.

With all this Jewish history behind it, what should we think about the Arab village of Battir that is planted atop this site of Jewish massacre and miracle? How are we supposed to view UNESCO’s naked antisemitism in bribing the PA to assist them in wiping out Jewish culture of the place?

And why should we pretend that “Battir” is “Palestinian,” when it was and always will be Jewish Beitar? 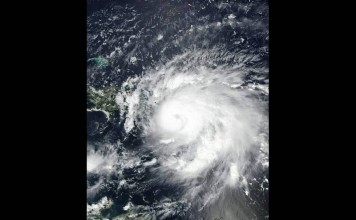 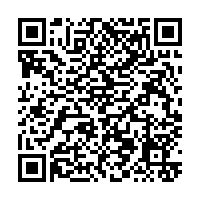