Last week, rockets rained down on Israel. Millions of Jews were in danger. Schools in southern Israel were cancelled and most businesses in the area were closed as well. Unfortunately, none of this was new. It was a rerun of a rerun of a rerun. You thought you were tired of watching “Rocky 6”? Try living “Gaza 43.”

A little background: I was born and raised in New York, but my family was very Zionistic. Israel was always at the center of our lives. We followed the news very closely – especially during the Six-Day War and near tragic Yom Kippur War.


There was no cable television, no Internet, and no social media. We waited each week for The Jewish Press to be delivered so we could – finally – read some Jewish reports about what was happening. Every once in a while, an Israeli leader appeared on television or radio, yet he (or she) notoriously said little. Israel was famous for bringing the words of Pirkei Avot to life: “Say a little, but do a lot.”

As a child, I never understood that. I prayed that the leaders of my beloved Israel would talk tough, make threats, and wave big sticks. It was only later in life that I learned the powerful line, “Be careful what you pray for” – because that is exactly what’s happening now.

Approximately 450 rockets fell on Israel in the 24 hours. Homes, factories, cars, and buses took direct hits. Millions of people were afraid, huddled in shelters and glued to the news. Think about a family sitting in a tiny bomb shelter, with no bathroom, for 8-10 hours. The fear, the panic, the stress, the sound of rockets crashing near your home… It’s not fun.

Kids were crying, adults were shaking, and the response by the government was weak and ineffective. Yes, tough words were spoken – the complete opposite of what Israel used to do – but everybody knows they are just empty threats. Here are direct quotes from Israeli media last week:

Are they joking? Who “talks tough” after 450 rockets land in your country? Who “threatens” when the enemy declares war? And when the IDF finally launched an attack, Arutz-7 reported: “IDF bombs 70 Hamas and Islamic Jihad targets, killing 2 terrorists.” What? You bomb 70 terrorist targets and killed just two bad guys? You should have done the reverse – bomb two and kill 70.

What’s going on and who’s to blame? The answer is clear. The government has been a total failure in keeping Israel safe. Every Jew in Israel – literally, every single one – will tell you that even if the IDF does something serious in Gaza, rockets will resume flying into homes in Ashkelon and Beersheba within the next 12 months. This madness must stop and there’s only one way: Conquer Gaza now!

I guarantee you that not one existing member of the Knesset will say those three words, but that is exactly what needs to be done. Conquering Gaza means victory, not just “quiet.” It means a full scale attack by doing whatever is necessary to permanently remove Hamas, Islamic Jihad, and the Palestinian Authority from that area.

It means restoring Israeli law enforced by Israeli police, the IDF, and nobody else. It means assisting all Arabs who wish to leave Gaza by paying for their homes and giving them a basket of goodies to emigrate. (Note: According to recent polls 80 percent of Arabs living in Gaza wish to move to a different country – and that’s without compensation!)

I promise that every interview you hear and every article you read about solving this problem will be nothing more than an expensive Band-Aid. By “expensive,” I don’t mean money. I mean the lives of holy IDF soldiers.

Any ground invasion will cost the lives of soldiers (G-d forbid) and will achieve nothing more than a few months of quiet. Hamas will quickly dust off the dirt, rebuild what was destroyed, and restock. After a short time, it will, once again, raise its ugly head, producing the movie sequel “Gaza 44” followed by “Gaza 45” and so on.

This will happen over and over again until we realize that we must conquer Gaza, annihilate Hamas, and declare Gaza a Jewish city once again. 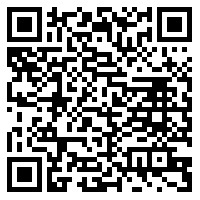