R. Yitzchak, on our daf, derives from pesukim in Parshas Tzav (Vayikra 6:18, 7:1) that learning about the chatas and asham sacrifices is like actually offering them. Based on this teaching, the Tur and Mechaber (Orach Chayim 1:5, 7) state that each morning a person should recite the Torah portions on the korbanos and then conclude, “Yehi ratzon… – May it be pleasing before You, Hashem, for my reciting be acceptable as if I offered a korban olah.”

The Tur points out that a person may only offer a korban chattas if he inadvertently committed a kares-bearing sin; it cannot be offered as a nedavah. Therefore, he writes, a person shouldn’t say “Yehi ratzon…” in connection with a korban chattas unless he’s certain that he’s obligated to bring one.

The Chikrei Lev (to Orach Chayim, siman 2) discusses the following question: Is a person who sins exempt from offering a korban in the Beis Hamikdash when Mashiach comes if already read the Torah verses about that korban?

The Gemara (Shabbos 12b) relates that R. Yishmael b. Elisha once read by the light of an oil lamp on Friday night even though our sages forbade doing so lest one tilt the lamp and extinguish it on Shabbos. He later acknowledged his misdeed and recorded in his ledger, “I, Yishmael b. Elisha, read and tilted the lamp on Shabbos. When the Temple is rebuilt, I will bring a fat chattas.”

The Chikrei Lev reasons that if R. Yishmael had the option of gaining atonement by reciting and studying the Torah verses related to a korban chattas, he would have done so posthaste and not waited for Mashiach to gain atonement. Evidently, then, reciting verses about the korbanos and studying them only serves as an interim atonement.

The Chafetz Chaim (in Ma’amar Torah Ohr and his preface to Likutei Halachos) writes that a person can only attain atonement through reciting verses about korbanos if he studies the laws of korbanos well. He therefore believed that the study of Seder Kodshim is of paramount importance.

It’s also important because we need to be prepared for Mashiach’s arrival. Imagine, he writes, how much effort people will devote and how much they will spend to travel to Jerusalem to bring a korban if the Temple is suddenly rebuilt.

The Chafetz Chaim bemoaned the lack of attention to Seder Kodshim in his day. In his later years, he actually organized a kollel for scholars to study Seder Kodshim. Additionally he wrote and re-published numerous important out-of-print sefarim on Seder Kodshim.

May we merit the coming of Moshiach and the rebuilding of the Temple speedily in our days. 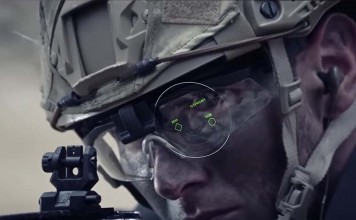 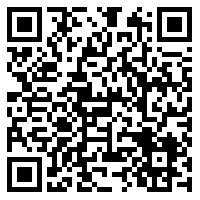