It’s practically impossible to predict what awaits Israel in 2020, given the always-turbulent Mideast security situation and our own capricious politics. And yet, foreign affairs and defense professionals need to make assessments in order to organize forces for battle – whether for diplomatic struggles or military confrontations.


It is an almost impossible task. Consider the following wildly disparate scenarios that might confront Israel over the coming year, each of which would present Israel with contradictory hard choices:

* War between Iran and the Gulf states could engulf the entire region including Israel. On the other hand, Saudi Arabia and the UAE may move to reduce tensions and bandwagon with Iran, leaving Israel alone to confront Tehran.

* American economic sanctions on Iran will continue to drain Iran’s economy, leading to heightened IRGC operations against Western targets. On the other hand, Tehran could agree in the latter half of 2020 to talks with the US on nuclear and other matters, particularly if re-election of President Trump seems assured. Israel would then have to be concerned about Trump’s abandonment of many demands of Iran that are important for Israel.

* The Assad regime in Syria may stabilize and become less dependent on Iran, if Russia acts to rein-in the Iranians and if Hizballah is distracted by the ongoing internal Lebanese unrest. On the other hand, Hizballah may emerge stronger as other Lebanese actors emigrate and Syrian Sunnis are exiled, while Russia actively opposes Israel’s freedom of action against Iranian targets in Syria.

* Given Jordan’s dependence on Israel, the security relationship between the two countries likely will remain strong. On the other hand, Amman could draw closer to Turkey and Qatar and away from the US, to the point where Jordan suspends its energy deal or even its peace treaty with Israel.

* Cooperation between Palestinian and Israeli security forces will surely continue, despite the Palestinian Authority’s fierce opposition to possible unilateral Israeli moves (such as annexation of the Jordan Valley) and the Trump peace initiative (across all issues: Jerusalem, settlements, sovereignty). On the other hand, civil war in the West Bank could follow the death or resignation of Mahmoud Abbas, leading to a Hamas takeover and wholesale confrontation with Israel.

GIVEN THESE UNKNOWNS and many more, how does Israel calibrate itself towards the future?

The fellows of the Jerusalem Institute for Strategy and Security (JISS) considered the trends in Israel’s strategic orbit – both sweetheart and nightmare scenarios – and this week published a “forecast [3]” for the year ahead with recommendations for Israeli policy.

JISS experts say that Israel must be ready to tackle Iran militarily on its own and fight a pre-emptive war with Hizballah.

This is because Iran will continue to strip the JCPOA of any content and move to escalate uranium enrichment. Even so, Trump will shy away from war with Iran and lean towards a very problematic renewal of US-Iran talks. All the while, Hezbollah will strengthen its stranglehold over Lebanon and Iran will dig further into Syria.

Furthermore, it is not at all certain that Russia will continue to allow Israel unimpeded domination of Syrian airspace for targeting Iranian bases. Therefore, the IAF must have operational plans for maneuvering in girdled circumstances, and IDF ground forces must be ready full-engagement decisive maneuver in enemy territory.

JISS experts also assess that Turkey’s basic hostility towards Israel and its nefarious meddling in eastern Jerusalem will continue. Israel should push back by checking the flow of Turkish funds to eastern Jerusalem institutions and by strengthening its ties to Cyprus and Greece – without forcing full-scale confrontation with Turkey.

The security think tank’s recommendation is that Israel advance its long-term goal of securing a united and prosperous Jerusalem by additional Israeli investment in all parts of the city. This will draw more Israelis to the city (“Zionist settlement”) and advance the integration of Jerusalemite Arabs while curbing inimical actors.

In contrast to Israeli think tanks on the political left, JISS says that Israel should not consider unilateral withdrawals from Judea and Samaria. Instead, Israel should adhere to a strategy of “conflict management” regarding the Palestinians and welcome the long-awaited Trump peace plan as an opportunity for creative diplomacy.

JISS considers the Jewish People’s historic connection to the Land of Israel a central component of Israel’s strategic worldview, and the Trump administration seems to concur. (For more on this, see the institute’s comprehensive national security plan [4] for Israel, published in May).

In Gaza, Israel must be prepared both for tougher-than-ever military action to deter Hamas and for more-generous-than-ever economic arrangements that might secure calm with Hamas.

The JISS report devotes special attention to the Asian theater, which has become central to Israel’s foreign and trade relations. Israel is deepening ties with Australia, Japan, Korea, Philippines, Singapore, Vietnam, and especially China. But Jerusalem must carefully screen all Chinese investments in Israel and Israeli exports to China because of American sensitivities.

Israel’s ties to India are of paramount importance too (including military industry ties). JISS suggests that Israel seek ways of enhancing Gulf state ties with India so that India can comfortably retract its relationship with Iran.

Finally, and most critical of all, is this JISS assessment: Israel needs national cohesion and leaders with a clear public mandate to face the considerable challenges in this country’s strategic environment. This is particularly true in preparation for war against Iran and its proxies in the region, and to capitalize on time-sensitive diplomatic opportunities. 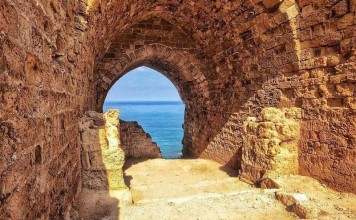 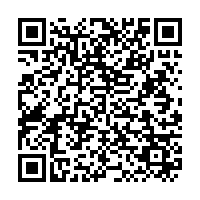