Reports of antisemitic incidents continue to rise in Germany and have reached a worrying number. Many of these acts remain out of the public eye. Seventy-five years after the end of Germany’s attempt to destroy the Jewish People, problems related to Jews, Israel, and the Holocaust continue to plague German culture.


These are complex and difficult issues. To understand them, it can be helpful to use special analytical tools to gain better insight into today’s Germany—a society that has not by any means morally digested its genocidal past.

One way to view the situation is as a battle among the grandchildren of the perpetrators of the genocide: those descendants who represent the light, and those who represent antisemitic darkness. This approach can help us understand the survival of the criminal mentality of the grandparents’ generation and its continuing impact on the German people.

Some elements of this battle are on full display while others occur under the surface. Still others fall in both categories and are more gray than black or white.

The dominant German political position, as expressed by many in the media, is to simplify matters. It is easy to say that the dark-minded grandchildren are represented primarily by the antisemitic extreme right, many of whom took some of their beliefs and attitudes directly from the Nazis.

Such an analysis quickly becomes difficult, however. All other parties in the parliament refuse to collaborate with the extreme right-wing AfD, for example, but a more critical and detailed assessment reveals that the AfD contains two distinct currents. They are incompatible, and should have split into two parties (something that may yet occur).

While the AfD’s extreme right wing is clearly ideologically close to the grandchildren of darkness, it is difficult to claim that the moderate part of the AfD is any more problematic for the Jews than, for example, the German socialist youth group Jusos. At its congress in November 2020, Jusos approved a text stating that their movement identifies with the youth of Fatah, who do not recognize Israel. Germany is the only European country to have received major attention in the Simon Wiesenthal Center’s (SWC) recently published 2020 list of top 10 major global centers of antisemitism. Jusos is mentioned there; the AFD is not.

In 2011, the University of Bielefeld carried out a study in seven European countries on behalf of social democrat Friedrich Ebert Stiftung. From this report, which contained data from 1,000 respondents per country, one can extrapolate that at least 150 million EU citizens aged 16 years and older hold demonic views of Israel.

One of the questions asked was whether they agreed with the assertion that Israel is carrying out a war of extermination against the Palestinians. The lowest percentages of those who agreed were in Italy and the Netherlands, with 38% and 39%, respectively. In Germany, the figure was 48%. By falsely projecting onto the Jewish state the dominant criminal German attitudes of their grandparents’ generation, almost half the German population place themselves in the category of antisemitic darkness. A facilitating role was played here by the German media, which has promoted this way of thinking.

On the side of the grandchildren of light, there are the German organizations that fight antisemitism, as well as antisemitism commissioners in federal states and various civil society institutions. In particular, Federal Antisemitism Commissioner Felix Klein has been very active in combating the many manifestations of Jew-hatred in Germany.

The government level is a gray area. It is impossible to place Christian Democrat Chancellor Angela Merkel fully in the category of light or darkness. During her chancellorship she made major efforts to bring her country closer to Israel, but it is also true that since 2015, she has been the driving force behind the influx of more than a million Muslims without checking whether they were antisemitic. We now know from studies that half of them are.

Associate Dean of the Simon Wiesenthal Center Rabbi Abraham Cooper argues that 75 years after Auschwitz, Germany’s repeatedly stated responsibility toward the Jews and Israel is belied by policies and actions that imperil the Jewish people at home and in Israel. He notes that while socialist (SPD) FM Heiko Maas claims he entered politics because of Auschwitz, that has not affected Germany’s ongoing relationship with the Iranian regime, which has genocidal intentions toward Israel.

A new, highly controversial development occurred in December 2020. More than 25 directors of leading German theaters and foundations issued a joint declaration opposing the Bundestag’s anti-BDS resolution of May 2019. The resolution stated that the boycott, divestment, and sanctions movement bears an antisemitic character and the state should not financially support or allocate space for projects associated with it.

According to the Israeli daily Haaretz, the individuals from the cultural sector who issued the declaration met once a month for over a year to prepare it. Yet in all those meetings, no one asked why almost half the German population projects the extreme evils of historical Nazism onto contemporary Israel. If anyone in the group did voice this question, he or she was silenced.

Through their declaration, these cultural leaders exhibited the mindset of the dark segment of the grandchildren of the genocidal criminals. Many cultural and artistic leaders followed Hitler and Nazism because that was the fashion of the time. Today, many senior cultural figures tout free speech while remaining silent about what is radically wrong with the antisemitic hate beliefs of large parts of German society. That contradiction is the fashion of our era. By coming out against the Bundestag’s anti-BDS declaration while remaining silent about the extreme demonization of Israel in Germany, these cultural leaders rendered themselves morally guilty.

Since its publication, the number of supporters of the declaration has greatly increased. The original signatories included the Goethe Institute, the Federal Cultural Foundation, the Berlin Deutsches Theater, the German Academic Artists Exchange, and the Berliner Festspiele (a body that promotes a variety of performing-arts festivals), among others. According to Haaretz, the influence of these bodies on the German cultural world cannot be overestimated.

In the declaration, the leaders of the cultural institutions made a point of thanking several people. They included Stephan Detjen, a senior correspondent of the public radio station Deutschlandfunk; cultural scientist Aleida Assmann; and Andreas Görgen, director of the German Foreign Ministry Department for Culture and Communications. These three individuals were all in favor of the invitation of Achille Mbembe, an African antisemite and extreme anti-Israel hatemonger, to give the keynote address at the opening of the German Ruhr Triennale festival. (The festival was later canceled due to the pandemic.) Görgen’s name was mentioned on the SWC list of 2020’s top 10 antisemitic incidents.

German expressions of antisemitic darkness often have Jewish supporters. In this case, it was Susan Neiman, director of the Einstein Forum in Potsdam. It is rarely said, but Germany is the most comfortable democracy in which self-loathing Jews and anti-Israeli Jews can operate.

When one analyzes developments using the light or darkness tool, it becomes clear that it is not by chance that Berlin has become the capital of European antisemitism, taking over the role from Malmö, the third-largest city in Sweden. It is no coincidence that the Berlin Jewish Museum, under its two first directors, invited extreme anti-Israeli Jews to lecture there. American Jewish self-hater Judith Butler could count on much applause from a full hall at the museum when she used that platform to call for the boycott of Israel.

In Germany, there has been discussion for years about whether one can put a final line—a “Schlussstrich”—under the Holocaust. It appears that for decades to come, this genocide and its many derived motifs will continue to appear in multiple forms in German society. 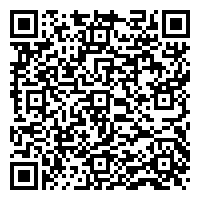