The leadership of the Republican Party has given up on leading. Instead, it has declared war on its voters.

While the establishment’s efforts to defeat frontrunner Donald Trump intensify, the critical subtext is the elite’s refusal to support the runner-up, Ted Cruz. The Republican ruling class wants a brokered convention at which it can wrest control of the nominating process away from the voters and substitute a more sober, appropriate choice.


The elite’s aversion to a two-man Trump/Cruz race is essentially handing the nomination to Trump. In the two-and-a-half weeks since Mitt Romney unveiled the strategic preference for a brokered convention, Trump has scored an impressive number of plurality victories and widened his delegate lead.

At the same time, Cruz has shown broad and robust strength, outperforming expectations in state after state. Had the elite consolidated behind him even a week ago, when only 100 delegates separated them, Cruz might have won the lion’s share of the 393 delegates allocated since then to lead the count today.

Instead, Trump is about 225 delegates ahead, with 100 of last night’s delegates still unassigned. With the race still not consolidating to two candidates, Trump is likely to hold his significant lead until the convention; the 1,237 necessary to secure the nomination within his reach.

The elite’s refusal to throw its considerable weight behind Cruz is about to eliminate the last non-Trump candidate standing. Cruz must now win about 78 percent of the remaining delegates to reach the magic number himself; Trump needs only 57 percent. Can anyone imagine Romney having advocated strategic voting to force a brokered convention had a fellow elitist like Jeb Bush been in second place?

Cruz bears at least partial blame for his predicament, having positioned himself as something between the most outside of all Washington insiders and the outsider who has penetrated most deeply inside. Cruz sensed—correctly—that the American electorate was itching for an outsider who would challenge the Washington establishment. He also knew—equally correctly—that a successful campaign and effective governance both require the ability to work with that establishment.

But because insiders and outsiders alike see him as less of an outsider than Trump, those seeking a true outsider prefer Trump while those on the inside support Cruz with half-measures, at best. As things stand, Cruz-plus-solid-backing might still eke out a narrow win a two-man race; Trump will win anything else.

The Republican elite has decided instead to throw a Hail Mary pass, hoping to arrive at the convention with the outsider Trump and the near-outsider Cruz each boasting about 1,000 (but fewer than 1,237) delegates, yet leave with an elitist, insider, “compromise” nominee. How such a candidate—imposed against the demonstrated preferences of a sizable majority of primary voters—could win a general election remains something of a mystery.

History is not on the side of this plan. The 1968 Democratic convention was the last to impose such a compromise candidate. The party united behind the respected, admired, likable mainstream Hubert Humphrey—who lost badly to the unloved, distrusted, twice-rejected standard-bearer of an ideologically divided Republican Party, Richard Nixon. The parallels are almost eerie.

The elites working to engineer this outcome console themselves with polls showing that in the current climate, Hillary Clinton would defeat Trump handily. Unmentioned is the role that the Republican leadership’s efforts to turn Republican voters against a potential Republican nominee might play in those polls. Also unmentioned is that those same polls show Cruz beating Clinton despite the lackluster and unenthusiastic support from that same leadership. Either of those thoughts might roil the righteous indignation that the Republican elite seeks to muster as it works to sideline its voters.

The time has come to face reality. Halfway through March, the original field of twenty-two declared candidates has narrowed to four who might become the next President: Trump, Cruz, Clinton, and Sanders. The Democratic elite is working to sideline Sanders. The Republican elite, while trying to kneecap Trump, is doing its best to sideline Cruz.

If the Republican Party is still interested in winning the presidency this November—a disturbingly serious “if” at this point—it will have to unify behind a candidate. The window has already shut on all but two contenders. Cruz is down to his last ray of sunlight; the party’s leadership remains lukewarm on his candidacy.

If the Cruz window closes, there will be only Trump—and a bipartisan elite content to elect Hillary Clinton by voice vote. At that point, what has been the elite leadership of the Republican Party will have forfeited its claims to leadership and left the Republican Party. It will have become little more than a dissenting voice, comfortably waging war against America’s foolish voters. 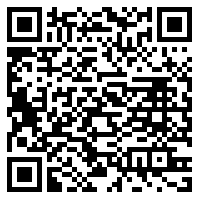