In all the furor around the anti-Semitism plaguing the British Labour Party, I’ve noticed two distinct forms of defense of both the party and its far-left leader, Jeremy Corbyn.


The first defense, favored by those for whom Corbyn is a Socialist equivalent of L. Ron Hubbard, is to dismiss any and all accusations of anti-Semitism as a “hoax” or “smear” aimed solely at destroying their leader’s prospects of becoming Britain’s next prime minister. The second, which may be wrong-headed but is at least grounded in intellectual sincerity, is that there is indeed a problem inside the Labour Party, but that including anti-Zionism among the examples of contemporary anti-Semitism only makes the problem worse.

Numerous examples of both of these defenses have appeared in the last week. To take an instance of the first, according to veteran pro-Palestinian commentator David Hearst in Middle East Eye, the definition of anti-Semitism drawn up by International Holocaust Remembrance Alliance (IHRA)—the source of the current Labour row—is actually a “weapon” intended to “terrify all politicians … from having any contact with Palestinian organizations.” Because Corbyn has shown principled resistance to the depiction of anti-Zionism as a mutation of anti-Semitism, Hearst argued, the hostile reaction of the British press leaves only the question of “how much dirtier the campaign to unseat Jeremy Corbyn as leader of the Labour Party is going to get.”

Instances of the more nuanced approach appeared, ironically enough, on the Qatari government-backed Al Jazeera website. “[T]o be honest I assumed that the issue of anti-Semitism was something that was exclusively associated with the far-right,” confessed Steven Fielding, a professor of politics at the University of Nottingham. He continued: “What has surprised me is the alacrity with which supporters of Jeremy Corbyn—and sometimes very close and prominent supporters of Jeremy Corbyn—have been guilty of, at best, indulging in unconsciously anti-Semitic tropes.”

That theme was taken up in a longer article by Ian Almond, who teaches at Georgetown University’s campus in Qatar. Briefly recounting his childhood in  England, Almond recalled his shock “when, at the age of 12, my teacher told me the word ‘joo’ I had just spoken, which I had thought to mean to lie or cheat, was actually ‘Jew’ and was anti-Semitic.” He went on to assert that “anti-Semitism is so entrenched in our society, so depressingly persistent, that to trivialize it is to trivialize the blueprint of prejudice itself. It is a barometer of moral cowardice: when someone doesn’t want to take responsibility for their own faults or problems, they blame the Jews.”

Nothing to disagree with there, as Almond clearly grasps the critical role that anti-Semitism has played historically.  The problem is that his understanding is restricted to the appearance of anti-Semitism in its vulgar, crude form only: ugly myths about Jews and the Transatlantic slave trade, say, or Internet tirades about “the Rothschilds” and other “Jewish bankers.” It does not occur to him that what is sold under the label of “criticism of Israel” frequently and consciously draws on anti-Semitic notions of “Jewish power.”

The best illustration of this is the very same argument that Almond chooses to defend from the charge of anti-Semitism; namely, that Israel is the outcome of a “racist endeavor,” a favorite theme of the Corbynite left. This argument has historically been the preserve of anti-democratic ideologies and regimes. As early as 1965, Soviet diplomats at the United Nations were bracketing Zionism with Nazism; a decade later, the U.N. General Assembly passed a resolution spearheaded by a coalition of communist and authoritarian member states that equated Zionism with “apartheid” and “racism.” Publishing houses in Moscow pumped out cheap booklets that often ended up on Western university campuses, in which the reader would learn that Zionism was a natural extension of the “Jewish exclusivism” fostered by the Talmud. Similar propaganda appeared in the Arab media, usually accompanied by lurid cartoons of hook-nosed Israeli soldiers driving innocent Palestinians from their homes in Nazi-like fashion.

One might counter that not everyone who presents Israel as a “racist endeavor” is driven by the same motives—strategic, diplomatic, ideological—that the USSR was when it adopted anti-Semitism in the name of anti-Zionism. Perhaps. But to make the case, one is still forced to rely on the same arguments. If Israel should, as Almond astonishingly advocates, be presented as a “settler-colonial” project to school students encountering the Israeli-Palestinian conflict for the very first time, how is that to be done in a way that doesn’t jeopardize attitudes to local Jewish communities? If Israel is to be portrayed as a rogue state of global proportions, whose inhabitants have essentially fabricated their historic and spiritual links to the territory which they now occupy at the expense of the indigenous Arabs, how can such an argument possibly avoid anti-Semitic tropes about Jewish wealth, Jewish political influence and ingrained Jewish exclusivism? And if the Palestinians are to be portrayed as ongoing victims of ethnic cleansing by Jews (and Jews alone), then how can one neatly separate the opposition to Zionism from the anti-Semitism?

The short answer is that you can’t.

That’s because the “racist endeavor” portrait of Israel, however much one encounters it in Middle East Studies departments, is grounded on the anti-Semitic trope of a distinctly “Jewish” dishonesty—in which schmaltzy, disingenuous appeals for public sympathy, ruthless political lobbying, the strategic use of financial wealth and overbearing military might are the essential elements in the story of Israel’s creation, as well as its ongoing existence. If Almond and those who agree with him want to protect Diaspora Jewish communities and achieve concrete progress for the Palestinians, the proper question they should ask themselves is whether their discourse about Israel is helping either of those goals. 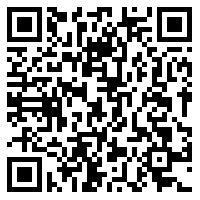