It is no secret that among the most influential countries in the world, the US stands apart in the strength of its friendship towards Israel.

This goes beyond politics.


Even before the Trump administration, the US has supported Israel not only in terms of financial aid but also in terms of political backing in the UN.

Beyond that, polls have consistently shown a popular level of support for Israel among Americans that contrasts with the level of anti-Semitism and anti-Israel hatred increasingly evident throughout Europe.

One of the reasons for this bond may be the issue of terrorism. Both countries have been targeted by terrorists and continue to engage in “the war on terror.” And both have turned to the law in order to engage more effectively in defending themselves from terrorist threats — showing a willingness to go beyond International Humanitarian Law.

That “blur” between civilians and combatants in the case of the Gaza protests/riots gave rise to the disagreement in the report covered in that post as to what the appropriate response should be.

It also gives rise to the discussion of the possibility of a 3rd category, one not covered in the Geneva and Hague Convention nor recognized in International Law.

The concept of a third category, ‘Unlawful Combatant,’ does not exist, strictly speaking, in IHL, but has been used by both the US and Israel. Neither the US nor Israel is a party to Protocol I to the Geneva Conventions, which does not recognize the status of unlawful combatant.

In the US, the term “unlawful combatants” was first used in a 1942 US Supreme Court decision in the case Ex parte Quirin, where the Supreme Court upheld the jurisdiction of a US military tribunal in the trial of 8 German saboteurs in the US during World War II:

By universal agreement and practice, the law of war draws a distinction between the armed forces and the peaceful populations of belligerent nations, and also between those who are lawful and unlawful combatants. Lawful combatants are subject to capture and detention as prisoners of war by opposing military forces. Unlawful combatants are likewise subject to capture and detention, but, in addition, they are subject to trial and punishment by military tribunals for acts which render their belligerency unlawful. The spy who secretly and without uniform passes the military lines of a belligerent in time of war, seeking to gather military information and communicate it to the enemy, or an enemy combatant who without uniform comes secretly through the lines for the purpose of waging war by destruction of life or property, are familiar examples of belligerents who are generally deemed not to be entitled to the status of prisoners of war, but to be offenders against the law of war subject to trial and punishment by military tribunals. [emphasis added]

That definition of an unlawful combatant as someone “who without uniform comes secretly through the lines for the purpose of waging war by destruction of life or property” would seem to apply to today’s terrorists in general and Palestinian terrorists in particular.

In a 2004 article, Judge Amnon Straschnov, a former IDF Military Advocate General writes that the distinction between punishment by a military tribunal as opposed to POW status is not the only difference between unlawful and lawful combatants:

Israel classifies terrorists the same way the Americans classify terrorists in Afghanistan and Iraq – as unlawful combatants. They are combatants but they do not have the privilege to be under the umbrella of international law because they do not adhere to the laws of war. They are not entitled to its protection since they have violated every possible provision of the laws of war and humanitarian law. They don’t wear uniforms or abide by the conditions that entitle them to be POWS.

What measures are we taking against these unlawful combatants? If we have evidence and manage to bring them into custody, we bring them to trial before a court of law, a military court.

One new measure employed by Israel in the war against terror involves targeted interceptions, a subject of extensive debate. Once we define the terrorist as an unlawful combatant, he is a legitimate military target. It is allowed both legally and morally to fight and kill any terrorists for their notorious and ruthless terrorist activities, and we should not deal with them as protected persons. They are unlawful combatants, they want to come and kill us, and there is no question regarding the evidence. They’ve manifestly and openly declared their intentions. [Hat tip: Elder of Ziyon]

That is going beyond what International Humanitarian Law recognizes – as summarized by the ICRC:

That is the law regarding unlawful combatants. As long as he preserves his status as a civilian – that is, as long as he does not become part of the army – but takes part in combat, he ceases to enjoy the protection granted to the civilian, and is subject to the risks of attack just like a combatant without enjoying the rights of a combatant as a prisoner of war.

According to IHL, a civilian who takes part in hostilities, but not as part of the army,  loses his civilian status as far as protection and is not entitled to be treated as a POW if he is captured, but that is as far as it goes.

The issue of such a person seeking to deliberately target non-military targets and the lives of unarmed civilians is not singled out or addressed as justification for special action.

There has been debate in Israel as well.

In 2004, The High Court of Justice in Israel decided in the case of Judgment on Preventative Strikes Against Terrorists.

In laying out the position of the Government of Israel, the court made clear that what was at stake was more than just a question of what to do in the event the terrorist was captured:

the State asked us to recognize a third category of persons, that of unlawful combatants. These are people who take active and continuous part in an armed conflict, and therefore should be treated as combatants, in the sense that they are legitimate targets of attack, and they do not enjoy the protections granted to civilians. However, they are not entitled to the rights and privileges of combatants, since they do not differentiate themselves from the civilian population, and since they do not obey the laws of war. Thus, for example, they are not entitled to the status of prisoners of war. The State’s position is that the terrorists who participate in the armed conflict between and the terrorist organizations fall under this category of unlawful combatants. [emphasis added]

In relaying his decision, Justice Aharon Barak quotes from a decision in the case of interrogation:

We are aware that this judgment of ours does not make confronting that reality any easier. That is the fate of democracy, in whose eyes not all means are permitted, and to whom not all the methods used by her enemies are open. At times democracy fights with one hand tied behind her back. Despite that, democracy has the upper hand, since preserving the rule of law and recognition of individual liberties constitute an important component of her security stance. At the end of the day, they strengthen her and her spirit, and allow her to overcome her difficulties.

In the US, criticism has led to using the criminal justice system, instead of military tribunals, for trying unlawful combatants.

In 2007, James Taranto wrote that this was a mockery of International Law, not a defense of it:

By granting constitutional protections to detainees, Mr. Powell’s proposal would endanger the lives of American civilians. It would also afford preferential treatment to enemy fighters who defy the rules of war. This would make a mockery of international humanitarian law.

In the long run, it could also imperil the civil liberties of Americans. Leniency toward detainees is on the table today only because al Qaeda has so far failed to strike America since 9/11. If it succeeded again, public pressure for harsher measures would be hard for politicians to resist. And if enemy combatants had been transferred to the criminal justice system, those measures would be much more likely to diminish the rights of citizens who have nothing to do with terrorism.

By keeping terrorists out of America, Guantanamo protects Americans’ physical safety. By keeping them out of our justice system, it also protects our freedom.

In Israel, it is also not clear that limiting Israel’s options in defending itself against terrorism will have the desired effect.

The admission that the court is knowingly limiting Israel’s options in its own war on terror is not made less disturbing by the claim that Israel – as a democracy – gains some kind of moral victory “at the end of the day” by “preserving the rule of law.”

Neither is it clear that this argument would have any compelling influence on those terrorist groups who plot to kill Israeli civilians.

The wisdom of releasing terrorists in return for Israeli hostages has been fairly well debunked.

The wisdom using WWII definitions of warfare over 70 years later is becoming increasingly questionable, especially when we see Europe in denial over the terrorist attacks directed against it. 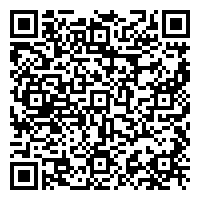