Observers of the Lebanese political scene have been struck by one significant development. Protests are directed for the first time since the Arab spring in 2011 against Hizbullah and its Secretary-General Hassan Nasrallah and against Hizbullah’s ally, the Shiite Amal Movement led by Nabih Berri. Protesters attacked the offices and houses of deputies affiliated to these two political factions, burned posters bearing the pictures of Berri and Nasrallah, and expressed their anger over what the demonstrators perceived as Hizbullah and Amal corruption. Specifically, the claim that the organizations are plundering the coffers of the Lebanese state and skimming the budgets allocated to their ministries, at the expense of the Lebanese people. Protesters singled out Deputy Secretary-General Sheikh Naim Qassem of Hizbullah and even Hassan Nasrallah and Berri as being deeply involved in corruption and stealing funds dedicated to the public.


Hizbullah’s reaction to the events in Lebanon is understandable. Any change in the governmental structure, a resignation of the present government, or significant reshuffle could put Hizbullah’s control on the Lebanese government at risk. The election of President Michel Aoun, for example, was only attained after months of long and strenuous efforts and lobbying by Hizbullah. [See analysis of Nasrallah’s October 20, 2019, speech by Dr. Shimon Shapira.

Hizbullah is not interested in changing the political situation in Lebanon today. Hassan Nasrallah vehemently opposes dissolution of the government despite an insoluble political and economic crisis, because it would create “chaos and a political vacuum.” The reforms announced by Prime Minister Saad Hariri on October 21, 2019, are too little, too late, and frankly impossible to implement in the immediate future. Many Lebanese interviewed about the economic crisis, and Hariri’s reforms saw the reforms as an anesthetic meant to lull the protesters and gain time. The Lebanese public, unlike its politicians, has lost confidence in the system and is appealing for a radical change (such as a technocratic government and bringing all officials accused of corruption to justice), a situation which the political factions refuse still to digest. Across the country, massive rallies chant, “The people want to bring down the regime.”

Illustrative of the stalemate reached in the Lebanese crisis, consider the reaction of the Arab states to the events in Sudan and Lebanon. Sudan, which was experiencing a severe constitutional, economic, and political crisis in the aftermath of the coup against its ruling President Omar el Bashir, received a quick bailout of three billion dollars from Saudi Arabia and the Emirates (UAE). In Lebanon’s case, none of the wealthy Arab donors expressed readiness to assist Lebanon financially. The reason is apparent: supporting Lebanon would mean also bailing out Hizbullah, an organization listed on the terrorist list by Saudi Arabia, the UAE, and by most other members of the Arab league. From this perspective, Saudi Arabia and the Gulf states may withhold aid to weaken Hizbullah or at least limit its arrogance, belligerence, and regional aspirations in the service of its Tehran patrons.

As Dr. Shapira writes in his article,

Nasrallah “will try hard to contain the damage and prevent a crisis that would jeopardize the current government’s stability, which is one of Hizbullah and Iran’s greatest achievements, an achievement that grants Hizbullah the legitimacy for continuing the Iranian takeover of the Lebanese state.”

Accordingly, Lebanon’s political leaders have been relatively silent. President Michel Aoun appeared only once to the public to make an uninspiring appeal. Prime Minister Saad Hariri spoke to the public once to present his plan of reforms. Foreign Minister Gebran Bassil (son-in-law of Michel Aoun) and head of the main political coalition went into silent mode from the very beginning of the events and posed himself as “the responsible elder.”

Nasrallah declared on two occasions on October 10 and October 26, 2019 (with only the Lebanese flag behind him, and not Hizbullah’s), that he opposed the resignation of the government and very bluntly announced that he would do all in his power to prevent such a development. Nasrallah warned, “We will not allow the country to be dumped or destroyed.”

Nasrallah presented a very bleak alternative to the situation. According to him, if the government resigned, then an intolerable vacuum would result; the country would drift into chaos, no one would receive a salary, and the country would be left with no future and no solution. Nasrallah even went further and questioned the source of who was behind the financing of the protests, insinuating that the American CIA and Israel were behind the unrest. The United States and Israel were inciting the demonstrations to defeat Hizbullah politically, he claimed, which they failed to do militarily after Israel’s withdrawal from Lebanon in May 2000.

As a proof, Nasrallah pointed to the fact that members of the defunct South Lebanon Army living in Israel demonstrated their solidarity with the protestors in Lebanon at the Lebanese -Israeli border at “Fatima Gate” near the northern Israeli town of Metullah. Nasrallah made a simple and ominous gesture, raising and wagging his finger in an unequivocal message of threat that he would oppose by force, any change of the political status quo. Implied in the gesture: if the civil war were renewed, he (Hizbullah) is the strongest on the streets!
The protesters were not convinced by his diatribe and continued with their protest while chanting slogans against Hizbullah and claiming that they were not funded by any foreign agent. The message was clear to Iran-backed Hizbullah.

No sooner said than done. The first sign of Hizbullah’s response was to dispatch on October 21, a convoy of 200 motorcycles driven by thugs armed with bats and branding the flags of Amal and Hizbullah to confront the protesters in the Riad Al Solh and the Martyrs’ Square (in French, Place des canons; in Arabic, Sahat al Shuhada). The tactic followed the same pattern carried out by the Revolutionary Guards to curb the protests in Tehran in the summer of 2009.

The Lebanese Armed Forces deployed immediately and succeeded in blocking the convoy and sending it back to where it came from in Beirut’s southern suburbs.

Hizbullah and its ally Amal then turned against the protesting crowds in the Shiite hinterland, south of Beirut in Tyre, Sidon, and Nabatieh, where operatives and agents of both organizations attacked and tried to disperse the protesting crowds, but they were stopped again by the army. A new foray was made in Beirut when Hizbullah’s followers dressed in black shirts and waving portraits of Khomeini, Khamenei, Nasrallah, and Berri, chanting slogans praising the Iranian leaders and revolution and swearing allegiance to Iran, tried again to confront the demonstrators who took refuge behind the army lines. The army once more dispersed the rally and the tents that had been put in place in preparation for a sit-in.

The army preventing friction between its thugs and the protesters did not deter Hizbullah. Hizbullah was planning a huge rally of thousands of its supporters to fill the protest squares to boost the government and show the Lebanese political factions that Hizbullah is ready to fight for the survival of the present Lebanese nation-state. However, in a surprise move, Nasrallah ordered on October 26, 2019 that his supporters were to retreat from those rally points. Hizbullah supporters left the main squares in Beirut, but still paraded in the Shiite areas of Beirut and major Shiite-populated cities.

The Specter of Civil War

Until Nasrallah’s speech on October 26, 2019, no Lebanese political figure had dared threaten the public with the specter of a civil war, even though the thought of it was not completely strange to most politicians. However, after Nasrallah’s pronouncement and the protraction of the political stalemate, the possibility that Lebanon is nearer than ever to a renewed civil war is being viewed as an option almost impossible to circumvent. Rumors on October 25, 2019, that Prime Minister Saad Hariri had presented his resignation, led Hizbullah and its allies to send delegations to meet Hariri and try to dissuade him.

It is noteworthy to stress that the first warning signs of the cracks in the wall are seen with the appearance of armed militias in different parts of the country. This in itself could be a catalyst for reform, as President Michel Aoun expressed himself by saying the “reform should come through the constitutional means, not through the streets.” However, minor changes in the government as a result of a minor reshuffle will not change the situation, nor will it solve the economic problems, rather it could aggravate the protesters and push them to act more aggressively. A bigger change, such as the formation of a new government after the resignation of the present one, would be tantamount to a declaration of war to Hizbullah and its allies and would carry dire consequences as to the stability of Lebanon. It would overturn the Taif Agreement of 1989, which served as “the basis for the ending of the civil war (which broke out in 1975) and the return to political normalcy in Lebanon.”

Indeed, a radical change in the political landscape triggered by the resignation of the government would probably provoke Hizbullah to resort to “Manu militari” [force of arms] to preserve its grip on Lebanon. Lebanon could find itself in a renewed military conflict with no foreseeable outcomes, while the two million Syrian refugees in Lebanon, since the beginning of the civil war in Syria, could become the first to suffer. They are already a target for all Lebanese political factions who demand their repatriation to Syria.

Prime Minister Saad Hariri resignation on October 29, 2019 together with his government, may impact on Hizbullah’s actions and intentions to “take over the streets.” Lebanon could slide into a prolonged protest. Algeria’s political experience may present a stop-gap solution, and President Michel Aoun still has a card up his sleeve. Exactly as in the Algerian case, the army can be engaged as a buffer between the parties by declaring a state of emergency and handing the powers over to the armed forces to rule the country until a political order is achieved again. This could happen only if the parties involved begin exchanging fire instead of words, but it would not fit Hizbullah’s goals and plans. The delicate situation raises the likeliness of a military confrontation between the different religious and ethnic communities. A very concrete sign in that direction is the massive and brutal attack on October 29 of black-shirted followers of Hizbullah and Amal against the protesters, a move already seen on October 21, 2019 when Hizbullah thugs armed with bats tried to disperse the protesters in the Riad Al Solh Square.

In the meantime, the Lebanese are contemplating once more the possibility of “exporting themselves.” In times of dire crisis, Lebanon has witnessed waves of emigration: between 1850 and World War I, a third of the Lebanese population emigrated from Lebanon. In the 1970s, a million more left the country during the first years of the civil war. This option is not to be underestimated, extreme as it is. It would mean an erosion of the human richness of Lebanon. On the other hand, were it not for the money transfers of Lebanese expatriates to their families in Lebanon which amount to almost $8 billion dollars annually, Lebanon would not have survived. 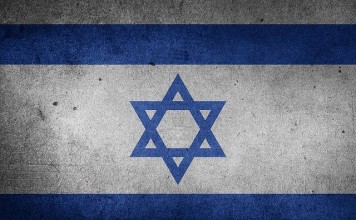 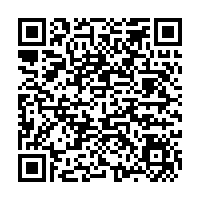