Israel has been a beacon for the world in so many areas, including in the way that it initially managed the coronavirus crisis.


In many ways, Israel still is a beacon, as it cares about each and every life. Yet, one has to wonder why the leadership is responding to the latest wave of infections with such a draconian response.

Israelis are basically housebound, not permitted to travel more than 1 kilometer (.6 miles) throughout the high holidays, for the next three weeks. This raises a series of questions that need to be answered.

Israel has more than doubled the number of COVID-19 tests it is conducting. With more tests, more infections necessarily will be detected. That is exactly what is occurring. What is surprising or alarming then about the increase in the number of positive results—when the percentage of those testing positive is the same 9 percent to 10 percent as it has been for many months?

If more people are becoming infected, and fatalities are not increasing beyond the number reported during an average flu season—and the issue of whether hospitals are overwhelmed is a subject of debate—is there a need to shut down the nation for the better part of a month, if not longer, as the government has suggested might have to happen?

Isn’t it the case that Israel is increasing its “resistance” to the virus? Wouldn’t greater enforcement of mask-wearing and social-distancing be a viable alternative? Wouldn’t it be just as effective to target areas where infections are highest for increased compliance?

We have heard that the Health Ministry and doctors around the country are recommending and utilizing almost a dozen treatment protocols. One of these includes the use of hydroxychloroquine in combination with zinc and antibiotics. Apparently, for many in Israel, it has proven quite effective. Is Israel not sharing data out of political concerns—for example, because of the divisive nature of the topic in the United States?

Is there anything more Israel can do to focus efforts on the most vulnerable populations, rather than on the entire country? When politicians talk about targeting at-risk groups, what do they mean? Should Israelis, who often live in multi-generational homes, wear masks and social distance in their houses?

What is the end game? If after three weeks there are 1,000—or perhaps even 100—new cases per day, instead of 4,000, what is to stop the number of infected people from surging again in a few months? Will we just repeat this cycle and see another lockdown?

Fatality rates per those infected in Israel are one-sixth of the rates in the United States. In other words, according to publicly available data, if a person is infected, he or she is six times more likely to survive in Israel than the U.S. Is this because Israel’s treatment options are more effective? Is it due to better compliance with regulations?  Is it because Israelis are overall in better health?

The overall mortality rate from all causes of death in Israel for the first eight months of 2020 is equal to or lower than that of the same time period during each of the last five years. Is that an indication that this is not such a crisis?

It turns out that more than 90 percent of COVID-19 patients show symptoms in the first week. Does the government still need to maintain a 14-day quarantine requirement for those who have come into contact with someone who tests positive or is arriving in the country on an overseas flight?

Has anyone done an analysis on the benefits vs. negative impact of the lockdown? For example, has anyone tried to weigh the effects on senior citizens with medical problems not seeking help, or the increased mental-health challenges from isolation or the economic and social impacts on society at large?

There are many medical professionals who do not support a lockdown and many who do. How are average citizens supposed to know what to think, especially when government ministers are also in disagreement?

Lastly, there is one question that Israel’s political leaders cannot answer. As we enter the High Holidays, how are we to understand this crisis? What can we learn from it, and how does God want us to respond as a nation and as individuals?

We pray that our leadership will look at this crisis in its entirety and make the best decision for our nation, so that we can continue to be a beacon in this area as well.

Gary Schiff is a former manager and director with the U.S. Forest Service. He is currently a Jerusalem-based consultant and guide connecting Israeli and U.S. natural-resource interests. 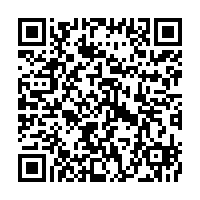