When it was founded some ten years ago, J Street claimed to be a “pro-Israel and pro-peace” organization. That was taken to mean partnering with the mainstream Israeli political left to build support in Washington for a two-state solution between Israel and the Palestinians.


Since then J Street has morphed into an anti-Israel mutant. The organization spends its time and money besmirching Israel, smearing AIPAC and other leading American Jewish organizations, boosting President Obama’s dangerous deal with Iran (and now trying to bring it back), and supporting political candidates for whom BDS is a badge of honor.

Its campus arm, J Street U, has become a primary vehicle for conveying the most poisonous messages about Israel to students, acting to block student participation in Birthright, and actively campaigning against support for Israel at American universities.

J Street also believes that it has the “moral responsibility” to get America to force Israel to change its policies on the Palestinian issue. Why? Because J Street knows what’s best for Israel. It knows better even than the Israeli political left – which generally doesn’t share J Street’s radical positions on unilateral withdrawals and mass settlement eradication.

Nevertheless, it is Israel that needs to be pressured and shamed, say the J Street moral oracles.

Of course, this is the same J Street that supported the anti-Israel UN Goldstone Report, supported the illegal Palestinian bid for unilateral statehood recognition at the UN, and supported talks with Hamas but not military action against it.

Now, J Street has ramped-up its anti-Israel campaigning to new outrageous heights. At its conference in Washington this week, it launched a new initiative: to condition US military aid to Israel on an end to Israeli home building in Judea and Samaria specifically, and an “end to the occupation” more generally.

“American aid is not intended to be a blank check,” sneered Jeremy Ben-Ami, the group’s president. “As Israel receives that $3.8 billion in aid, what is it being used for?” he demanded.

“For too long, American taxpayers and lawmakers have been asked to provide military assistance to Israel without questioning whether the material acquired with that aid was being used as a blank check to further Israeli policies and actions that the US opposes, including the entrenchment of the occupation,” J Street added in a press release.

Sure enough, J Street-ites (rhymes with Trotskyites) have for months been ambushing Democratic presidential and congressional candidates at campaign events, posing the new J Street litmus test: that candidates outright condemn Israel’s “occupation” of the West Bank and declare they would consider withholding aid from Israel to get it to change its policies.

Of course, this was part of Obama’s campaign to snow Israel over the ruinous Iran deal. And Obama fiercely pressured Israel regarding settlements too. But he never conditioned US military aid on Israel’s bending to Washington’s dictates regarding peace diplomacy.

In other words, J Street is less protective of Israeli security than Obama was.

Alas, J Street is getting results. At its Washington conference this week, several Democratic presidential candidates cozied-up to J Street’s foul formula, including Bernie Sanders, Elizabeth Warren and Pete Buttigieg. They said they were open to cutting or conditioning US military aid to Israel as a way of forcing Israel to bend to their will on the conflict with the Palestinians.

Sanders said he would transform some US aid to Israel into humanitarian aid for Gaza “on the first day of his administration, because we have a right to demand respect for human rights and democracy.” “Uncle Bernie” wants to take money that Israel uses to defend itself against terrorists and instead give it to the terrorists.

To this, add the cabal of Congressional Democrats who back the boycott Israel movement (Reps. Rashida Tlaib of Michigan and Ilhan Omar of Minnesota), and others (like Reps. Alexandria Ocasio-Cortez of New York and Ro Khanna of California) who have said that US aid should be used to pressure Israel.

J Street loves them all for their “courage.”

In other words, instead of helping moderates in the Democratic camp responsibly steer the discourse on foreign policy and Israel in useful directions, J Street is egging-on the radicals who seek confrontation with Israel and who would effectively empower Hamas to kill more Israelis.

It is further worth noting the pious spiritual claptrap with which J Street weaponizes its confrontation with Israel. J Street conference speakers earnestly broadcast their “profound” Jewish and “spiritual” identities in order to besmirch the mainstream Jewish and Israeli publics and drive a distancing in US-Israel relations.

And they call this “pro-Israel.” 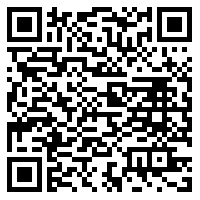