What should a political party that has just lost its white working-class, blue-collar base to a “make America great again” nationalist do to try to regain these voters? Why not appoint as the new head of the party a radical left-wing ideologue who has a long history of supporting an anti-American, anti-white, anti-Semitic Nation of Islam racist? Such an appointment will surely bring back rust-belt voters who have lost their jobs to globalization and free trade! Is this really the thinking of those Democratic leaders who are pushing for Keith Ellison to head the Democratic National Committee?

Keith Ellison is, by all accounts, a decent guy, who is well liked by his congressional colleagues. But it is hard to imagine a worse candidate to take over the DNC at this time. Ellison represents the extreme left wing of the Democratic Party, just when the party — if it is to win again — must move to the center in order to bring back the voters it lost to Trump. The Democrats didn’t lose because their candidates weren’t left enough. They won the votes of liberals. The radical voters they lost to Jill Stein were small in number and are not likely to be influenced by the appointment of Ellison. The centrist voters they lost to Trump will only be further alienated by the appointment of a left-wing ideologue, who seems to care more about global issues than jobs in Indiana, Wisconsin and Michigan. Ellison’s selection certainly wouldn’t help among Jewish voters in Florida, Ohio and Pennsylvania or pro-Israel Christian voters around the country.


Ellison’s sordid past associations with Louis Farrakhan — the long time leader of the Nation of Islam — will hurt him in Middle America, which has little appetite for Farrakhan’s anti-American ravings. Recently, Farrakhan made headlines for visiting Iran on the 35th anniversary of the Islamic Revolution where he berated the United States, while refusing to criticize Iran’s human rights violations. Farrakhan also appeared as a special guest speaker of the Iranian president at a rally, which featured the unveiling of a float reenacting Iran’s detention of 10 U.S. Navy sailors in the Persian Gulf.

In addition to embracing American enemies abroad, Farrakhan has exhibited a penchant for lacing his sermons with anti-Semitic hate speech. Around the time that Ellison was working with the Nation of Islam, for example, Farrakhan was delivering speeches attacking “the synagogue as Satan.” He described Jews as “wicked deceivers of the American people” that have “wrapped [their] tentacles around the U.S. government” and are “deceiving and sending this nation to hell.” Long after Jesse Jackson disavowed Farrakhan in 1984 as “reprehensible and morally indefensible” for describing Judaism as a “gutter religion,” Ellison was defending Farrakhan and the Nation of Islam in 1995 as a role model for African-Americans, calling him “a tireless public servant of Black people, who constantly teaches self-reliance and self-examination to the Black community.”

Ellison has struggled to explain his association with Farrakhan and the Nation of Islam. He has acknowledged working with the Nation of Islam for about 18 months to organize the Minnesota delegation to Farrakhan’s 1995 Million Man March in Washington. However, Ellison insists that he never joined the Nation of Islam and more recently, he has held himself out as a friend of the Jewish people and of Israel. This late conversion coincided with Ellison’s decision to pursue elected office in Minnesota, and an apparent realization that his association with the Nation of Islam might hurt his political fortunes. In 2006, he wrote a letter to the Jewish Community Relations Council in Minneapolis, in which he apologized for failing to “adequately scrutinize the positions” of Farrakhan and other Nation of Islam leaders. “They were and are anti-Semitic, and I should have come to that conclusion earlier than I did.” In his recently released memoir “My Country, ‘Tis of Thee: My Faith, My Family, Our Future,” Ellison writes of Farrakhan:

“He could only wax eloquent while scapegoating other groups” and of the Nation of Islam “if you’re not angry in opposition to some group of people (whites, Jews, so-called ‘sellout’ blacks), you don’t have religion.”

Ellison’s voting record also does not support his claim that he has become a “friend” of Israel. He was one of only 8 Congressmen who voted against funding the Iron Dome program, developed jointly by the U.S. and Israel, which helps protect Israeli civilians from Hamas rockets. In 2009, Ellison was one of only two dozen Congressmen to vote “present” rather than vote for a non-binding resolution “recognizing Israel’s right to defend itself against attacks from, reaffirming the United States’ strong support for Israel, and supporting the Israeli-Palestinian peace process.” And in 2010, Ellison co‐authored a letter to President Obama, calling on him to pressure Israel into opening the border with Gaza. The letter describes the blockade of the Hamas-controlled Gaza strip as “de facto collective punishment of the Palestinian residents.”

Even beyond Ellison’s past associations with anti-American and anti-Semitic bigotry and his troubling current voting record with regard to Israel, his appointment as head of the DNC would be a self-inflicted wound on the Democratic Party at this critical time in its history. It would move the party in the direction of left-wing extremism at a time when centrist stability is required. The world at large is experiencing a movement toward extremes, both right and left. The Democratic Party must buck that dangerous trend and move back to the center where the votes are, and where America should be. 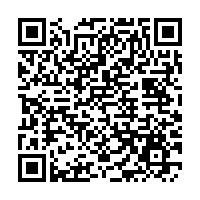