LeBron James has a following on Instagram more populous than 203 countries. When nearly 46 million people sign up to read everything you have to say, you have a responsibility to be extra thoughtful, careful and mindful of what you post. LeBron is well aware of the platform he has, as he mentioned in his statement reacting to the events in Charlottesville, Virginia last year:

He continued by calling for us to take personal responsibility for how we speak and our attitudes towards one another:

It’s about us looking in the mirror. Kids all the way up to the adults. All of us looking in the mirror and saying, ‘What can we do better to help change?’’ And if we can all do that and give 110 percent and give both foots forward, then that’s all you can ask for. So, shout out to the innocent people in Charlottesville and shout out to everybody across the world that just want to be great and just want to love.


Fast forward to this week, when LeBron failed to meet the very standard he called for. Last Saturday, one of the most famous and recognizable athletes on the planet posted to Instagram the lyrics of a song by the performer 21 Savage: “We been getting that Jewish money. Everything is Kosher.”

Throughout our history, it is well-documented that oppression, persecution and attempted exterminations began with rhetoric and propaganda revolving around Jews and money. Invoking the trope connecting Jews to money is as hurtful to us as posting a lyric that contains a stereotype that would offend any other minority.

The author of the lyric tweeted to his 2.8 million followers what he thought was an apology, but in actuality was just a further insult:

The Jewish people I know are very wise with there [sic] money so that’s why I said we been gettin Jewish money I never thought anyone would take offense. I’m sorry if I offended everybody never my intention I love all people.

Apologies, for sure, if I offended anyone. That’s not why I chose to share that lyric. I always [post lyrics]. That’s what I do. I ride in my car, I listen to great music, and that was the byproduct of it. So, I actually thought it was a compliment, and obviously it wasn’t through the lens of a lot of people. My apologies. It definitely was not the intent, obviously, to hurt anybody.

LeBron’s apology is the perfect example of how not to say you are sorry. Rather than accept responsibility for making a mistake, he wrote the popular but ineffective if: “if I offended anyone.” Rather than take ownership, he offered an explanation. “I always post lyrics, that’s what I do.” Rather than admit it was poor judgment and an objective mistake, he said it was misunderstood “through the lens of a lot of people.” Apologies filled with rationalizations, explanations and deflections are not apologies.

In fact, even using the word apology is very different than saying sorry. The origin of the word “apology” is the Greek “apologia,” which means justification, explanation, or excuse. One who truly feels regret and feels bad for the hurt he caused others doesn’t offer an apology, but simply says the simple but effective words that are missing from LeBron’s apology – “I am sorry.”

The news media and sports world apparently have accepted the explanation LeBron offered and have given the superstar an unconscionable pass for a terrible insensitivity and for posting a hateful slur.

We must reject hateful comments, intentional or not, from the right and the left. Many celebrities and public figures have lost their jobs for mistakes and missteps that were equally or even less egregious, but not only did the NBA announce that LeBron wouldn’t be fined, the world moved on immediately, spending more time on his recent injury than how he has injured an entire people with his callousness and carelessness.

Am I overreacting about the impact (particularly in a down economy) of publicly associating Jews and money in a post to 46 million followers? Maybe if it were an isolated incident, but LeBron is not the only one promoting old stereotypes, even if only out of ignorance.

This week the New York Times picked up on a story that has been picking up steam for weeks regarding the Women’s March and how it has been roiled by accusations of Anti-Semitism. As it turns out, a movement that was supposedly formed to combat misogyny, bigotry, and racism counts among its leaders those who hold anti-Semitic views.

At the first meeting of a group of women who shared a passion for addressing these issues, Vanessa Wruble, a Brooklyn-based activist, told the group that her Jewish heritage inspired her to try to help repair the world. Instead of welcoming her, the conversation turned to how Jews need to confront their own role in racism.

The antagonists were Tamika Mallory, a black gun control activist, and Carmen Perez, a Latina criminal justice reform activist. Mallory, who is now co-president of the Women’s March organization, has called Louis Farrakhan, the leader of the Nation of Islam and unrepentant anti-Semite, “the GOAT,” or “greatest of all time,” on social media.

According to Evvie Harmon, who was at that initial meeting, Mallory and Perez began berating Wruble. What do you think they attacked her about? What else, Jews and money.

We must not have that same regret. These anti-Semitic comments cannot go unanswered and nobody deserves a pass simply by offering an excuse. The ADL, which does so much important work in calling out and fighting anti-Semitism, was shockingly silent. It is sad enough that the media moved on, but where are Jewish organizations and groups expressing outrage and calling for more?

If LeBron is sincerely sorry, he shouldn’t move on, he should educate himself and then others about why that lyric is so hurtful, wrong and even dangerous and we should demand that of him. Moral people of conscience, no matter their politics, should hold the founders of the Women’s March accountable and refuse to participate in their activities until these individuals resign from their positions of leadership and the movement publicly repudiates and distances themselves from these views.

A concerned friend of mine sent me an email about LeBron’s post, writing, “Time to speak up, to yell, to protest, before it’s 1936 again!” Comparisons to 1936 are inaccurate and unhelpful. Describing these incidents or even the spike in anti-Semitism as a precursor of another Holocaust smacks of hysteria and causes the very people whose sympathy and help we want to tune out. Anyone who truly thought things were that bad would move to Israel immediately. If one is staying in America they clearly don’t believe it is 1936 Germany, so invoking the comparison lacks credibility.

Nevertheless, equally true is that anti-Semitism is not a relic of our past or something we are immune from, even in this blessed country. As we recite in the Hagaddah, b’chol dor va’dor, in every generation there are anti-Semites who rise up against us to eliminate us. Our generation is no exception and if we think we are, we are only fooling ourselves. According to the FBI, Jews were the subject of 60% of religiously motivated hate crimes in 2017, despite being just 2% of the U.S. population. That is alarming and demands our attention and our efforts to reverse it.

Comments like LeBron’s, even if posted without malice, contribute to a stereotype and bias that historically have evolved into hatred, scapegoating and ultimately to pogroms, persecution and even the murder of 6 million of our brothers and sisters. The more casual anti-Semitism is ignored or swept under the rug, the more incrementally dangerous our country grows as a place for Jews to live comfortably.

Now is not time to panic or overstate the concern. But it is also time not to turn a blind eye or give anyone a pass, even a popular superstar. 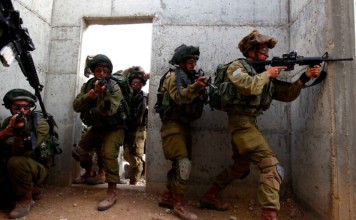 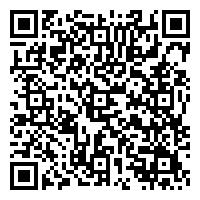