I noticed on a recent Shabbos that much of the conversation around my table was focused on money. My guests were just enamored with the bank accounts of others. I found myself perplexed as to how this became the conversation at the table.

I have lived predominantly in two locales in my lifetime. Five years in Israel, with an emphasis on Jerusalem, and the rest in the New York metropolitan area, most recently on the Upper West Side of Manhattan.


In Jerusalem, the currency of primary value – that which gives you the most honor or respect – is the amount of Torah you have amassed. I had the great privilege of living in Har Nof and marveled at the levels of scholarship that walked the streets.

In America, where I have spent most of my life, the emphasis seems to be more on net financial worth. The more money you have, the more impressive, awe-inspiring, and deserving of kavod and reverence you are. Again, I’m speaking only from my limited vantage point and hopefully this is just my experience, but it is something I’d like to explore from the perspectives of “haves” as well as “have-nots” or “have-lesses.”

People are impressed by money. Money buys power, influence, and a certain amount of control. It used to be that being a millionaire was really something. Nowadays the numbers have gotten significantly larger. There are Orthodox Jews who possess hundreds of millions if not billions of dollars. Generational wealth is becoming more common in our communities due to tremendous success in finance and real estate. There are Orthodox Jews who own stakes in professional sports teams and who have private jets and multiple award-winning homes along with various other previously unimaginable luxuries.

I recall listening to Aharon Wolfson be maspid his father, the renowned philanthropist Zev Wolfson, z”l. He said his father taught him that no matter how important or wealthy the person they were meeting was, that person put on a pair of pants in the morning the same way they did – the message being that ultimately we are all human beings.

Being wealthy is surely a berachah and at times even a challenge, but ultimately it’s just a description and doesn’t define the person at his core. The pasuk in Mishlei famously comments that a person is evaluated by his praise. This is explained to mean that we can discern much about a person’s aspirations in life by what he admires and talks about. Does he emphasize spirituality and value growth-oriented people or does he spend his time admiring the physical beauty and possessions of others?

Wealth can be intoxicating, but we must be sure we aren’t blinded. I think most people would choose it if it came their way, because it helps in many realms of life, but why is it deserving of so much respect and discussion? Maybe if a person overcomes the challenge of affluence and is still an exemplary baal middos and remains down to earth despite inordinate wealth, it’s worthy of mention, but beyond that I’m not sure why so many fixate on it.

On the flip side, affluence brings on many charitable requests for tzedakah as well as heavy communal expectations. Some wealthy people enjoy this role more than others. Some delegate distribution to a gabbai while others handle the requests themselves. Some gevirim attempt to keep a low profile while others are happy to have their berachah and bounty acknowledged publicly. Each has unique reasons and systems for distribution and attitude.

I have found in my rabbinic experience that many gevirim approach tzedakah the way they approach business. They see it as an investment and they’d like to be confident in the return on investment or “ROI.” Others are insistent on the form of the solicitation, meaning that a significant sum must be requested face to face and not hiding behind an e-mail or letter, despite the difficulty in arranging such a meeting.

People often assume that the more one has, the more you can get from him, but it is often the opposite. The more sophisticated the donor in financial matters and the more successful, the harder it will be to convince him to “invest” in your cause. Most of them became wealthy thanks to an eye for discerning a good investment from a bad one.

There are times when someone from Eretz Yisrael comes to me and says he needs help making a wedding for his “fourteenth child.” Depending on your orientation or hashkafa you may or not find this compelling. Some people actually get offended and annoyed by this, and to be completely open, I tend to not be so moved by it either. OK, I’ll say it: Who told that individual to have so many children?

I know some people develop a high embarrassment quotient, but it still must be a terrible feeling to have to ask anybody for financial help. We say in benching that we desire sustenance through His full and open hands, not from human beings.

The Rambam (commentary on Pirkei Avos) says it is preferable to give out (the equivalent of) a hundred single dollar bills over just a single hundred-dollar bill so that we cultivate a giving spirit. I think everybody should give something, even when we frown on the cause. And if Hashem blessed someone with tremendous wealth, that “token giving” such be a respectable amount for a person of means. This is ultimately how we refine our middos, which may be why Hashem blessed some of us with affluence in the first place.

If you can’t bring yourself to give because you view charitable giving like investing or because you are put off by the request, please don’t judge or begrudge the person who asks. Try to be compassionate when you turn the person down. Let him know you appreciate his difficult situation and wish you could help but just can’t right now. There is no need to add insult to injury by implying that you look down on him or that you feel he needs to be doing more for himself. He likely feels low enough already, and if he doesn’t, I’m not sure it is your responsibility to change his attitude.

I think there is an ever-growing disconnect in our communities between people of different levels of resources. It impacts communal social interactions, with the affluent becoming more secluded and private and others feeling shunned, hurt, and sometimes just not good enough.

More thought has to be given to bridging this developing chasm, along with more introspection on both sides of the divide in terms of how each is perceived and the subtle messages that are being sent.

May Hashem bless each of us with what we need and with the ultimate wealth as defined by our sages in Pirkei Avos – being truly content with our portion. 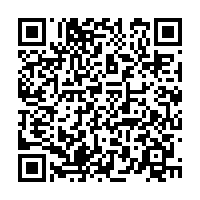