Political metaphors may simplify or symbolize actual or anticipated events but take a toll on political responsibility and sincerity. Throughout history, including the “line in the dirt” challenge of Colonel William Travis in March 1836 at the Alamo, lines have been drawn in the sand as indicators of intentions or actions. Individuals since Julius Caesar, who in January 49 B.C. violated the rule that Roman generals were forbidden to bring their troops into the territory of the Roman Empire and invaded with his army from the area of Gaul, have taken decisive action and crossed the Rubicon.

The most recent metaphor in American politics is the “red line,” supposedly a stronger warning than these other metaphors that an action or behavior will not be tolerated. A “line” is more definite and durable than “sand” or the flowing Rubicon, and has an analogy with a geographical line. The present dilemma for President Barack Obama, and to a lesser extent for Hillary Clinton, who in August 2012 similarly spoke of a red line but now is no longer secretary of state, stems from his use of this metaphor on a number occasions regarding Syria.

Of course one can appreciate, as Obama said to Prime Minister Benjamin Netanyahu in Jerusalem, that though information has filtered out in Syria, “we have to make sure that we know exactly what happened… I think having the facts before you act is very important.” This was clearly a not very subtle reference to the actions of President George W. Bush in justifying the American invasion of Iraq in 2003 because of the information of supposed weapons of mass destruction (WMD) in the country, information that turned out to be inaccurate or not corroborated.

It is understandable that no imminent attack is envisaged or that quick military action against Syria is improbable, or perhaps has never been contemplated by Obama. Yet there are real problems with Obama’s position and lack of action following the rhetoric. First, there is the refusal to admit that the existing facts made known so far justify that action. Although three countries, Britain, France, and Israel, as well as U.S. intelligence agencies, have declared that chemical weapons have been used in Syria on at least two occasions, and Secretary of State John Kerry said they had been used in Aleppo and near Damascus, the Obama administration still maintains that this is insufficient confirmation.

Reservations about Syrian actions were expressed with cautious nonchalance by Secretary of Defense Chuck Hagel on April 25, 2013 when he stated that “The U.S. intelligence community assesses with some degree of varying confidence that the Syrian regime has used chemical weapons on a small scale in Syria.” Secretary Hagel still had “uncertainties about what was used, what kind of chemicals was used, when it was used, who used it.”

Obama has been even more reserved. The mantra, often repeated concerning Iran, that “all options are on the table,” is now applied to Syria. But Obama’s utterances of the last week suggest otherwise. It has long been clear that Syria has chemical weapons — sarin, mustard gas, and other military-grade agents that attack the respiratory and nervous systems. But a problem regarding Obama’s position is that sarin gas, a nerve agent that can be found in human tissue, dissipates within a short time. Asking for more time to investigate and find evidence thus is less likely to lead to success.

Nevertheless, Obama on April 26, 2013 said he was responding “prudently” and “deliberately” to evidence that Syria had used chemical weapons. Using language — “prudence” and “deliberate assessment” — more like that of Edmund Burke than of a liberal Democrat, Obama was seeking further proof of culpability for the chemical attacks. In view of the refusal of the Syrian government to allow United Nations inspectors or the head of the U.N. agency for disarmament into the country, a refusal backed by Russia, it is difficult to see how the indisputable proof can be found. In his conversation with the King of Jordan on April 26, the president spoke of the need to obtain more direct evidence and confirmation of this “potential” use of chemical weapons. 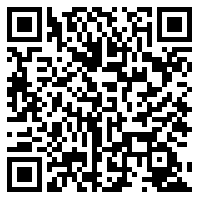