The word “troll” originally comes from the Norse but was adopted into English in the mid-1800s. Historically trolls are goblins and demons – ugly, frightening creatures of fairy tales known to create fear, particularly among children. Today the word troll is used to describe individuals who are deliberately offensive and threaten others, often surreptitiously and frequently.

Though not exclusively, the negativity they espouse is mostly online, often without identifying themselves, and has a primary goal of being provocative and inflammatory.


They take great pleasure in calling out individuals whose views they disagree with. They may post on Facebook or tweet on Twitter or use Instagram or WhatsApp. Regardless of the format employed, they often hide their real identity and write and speak aggressively. Sometimes they are so brazen and so self-assured that they have no qualms identifying themselves. When this happens, it’s a sure sign they are convinced they are so correct that anyone’s opinion to the contrary has no merit at all.

I have just finished reading a book titled Personality and the Challenges of Democratic Governance by Aaron Dusso. The book is a study of how people make decisions about their partisan political views. In our day and age, it is a sobering analysis of the automaticity and lack of effort and knowledge that goes into people’s judgments and decisions. Even smart people apparently choose their positions almost reflexively.

In psychology we use the term “cognitive dissonance” to explain the fact that most people are unwilling to change their rigid views even in light of solid, documented evidence to the contrary. They look for any little piece of data that confirms their position no matter how abstract or inapplicable to their unyielding view of reality. These are the kind of people who gravitate to becoming a troll.

Ruchie Freier, a chassidic female judge in Brooklyn, recently posted an article on an Orthodox website in reaction to the death of a young woman from a heroin overdose. In the article, Ms. Freier excoriated the yeshiva education system, blaming it for the young woman’s death. She decried a system that discriminates against children with learning disabilities, that cannot find a place for someone who learns differently, and that labels children as “less than” and is thereby culpable in their destruction.

While there was a lot of reader support for Judge Freier, she was also on the receiving end of some harsh troll-like criticism, clearly from people who are not prepared to deal with data beyond their inflexible position.

For the most part I agree with the judge. She makes a strong and valid point. I would add just two more. First, as a member of the Board of Education of Ptach, an educational system embedded in several yeshivas in the United States, Canada, and Israel that is focused on providing a well-rounded education for children with learning disabilities, I can state that there are options available.

It’s true that programs for learning-challenged children are not as widely available as they should be and it is also true that some families mistakenly assume there are hashkafic reasons for not sending their child to a Ptach program even when warranted.

The greater problem is that many yeshivas do not want programs for children with learning disabilities, on or off their premises, because of the haughty idea that it somehow detracts from the perception they want to project as elite centers of education.

A simple Google search of well-known individuals with learning disabilities yields a virtual trove of many of the most successful people of all time, many with dyslexia, ADHD, dyscalculia, and other challenges. When a learning disability is properly addressed, individuals routinely find within themselves a newfound determination to rise to the challenge and excel.

The second point I would add is that in our mental health practice about 60 percent of the teenagers we see who have educational problems, who are unable to make it in any school, who often are labeled as being “off the derech,” have been abused.

In the past when I have written about this poorly addressed issue of abuse, trolls have attacked me. I comfort myself by not reading comments posted anonymously and by understanding that some people, not having the ability to see beyond their personal obstinacy, react reflexively.

The suicide rate is rising; use of substances is as well. It is long past time for us to finally decide to address these issues openly, honestly, and directly.

Not by throwing more funds into elite programs, not by appointing leaders who have no education or experience in dealing with these enormous problems – but by following the accepted protocols, employing the many available resources, and not acting reflexively or responding to the trolls. 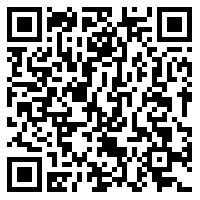