To the anti-Semite, every depression, war, social problem, plague must have been the fault of the Jews. Whenever the Jews appear to be doing something good – giving charity, helping the less fortunate, curing the sick – there must be a malevolent motive, a hidden agenda, a conspiratorial explanation beneath the surface of the benevolent act.


Now the very twisted illogic that has characterized classic anti-Semitism is being directed at the Jewish state, which for the anti-Semite has become “the Jew” among nations. When Israel sent help to tsunami and hurricane victims, the Jewish state was accused of merely trying to garner positive publicity calculated to offset its mistreatment of Palestinians. When Israeli medical teams save the lives of Palestinian children, they must be up to no good. When it was disclosed that the Israeli army has the lowest rate of rape against enemy civilians, radical anti-Zionists argued that this was because Israeli soldiers were so racist that they did not find Palestinian women attractive enough to rape! Nothing the Jew or the Jew among nations does can be praised, because its purpose is always to “manipulate,” to “conceal,” to “divert attention away from” or to “distort” the evil that inheres in all Jewish actions and inactions.

That is the bigoted thesis of a new anti-Israel campaign being conducted by some radical gay activists who absurdly claim that Israel is engaging in “pinkwashing.” This burlesque of an argument first surfaced in a New York Times op-ed in late 2011 that claimed that Israel’s positive approach to gay rights is “a deliberate strategy to conceal the continuing violation of Palestinians human rights behind an image of modernity signified by Israeli gay life.” In other words, the Jew among nations is now being accused of feigning concern over the rights of gay people in order to whitewash – or in this case pinkwash – its lack of concern for Palestinian people.

How this pinkwashing is supposed to work, we aren’t told. Is the media supposed to be so obsessed with Israel’s positive policies toward gays that it will no longer cover the Palestinian issue? If so, that certainly hasn’t worked. Are gays around the world supposed to feel so indebted to Israel that they will no longer criticize the Jewish nation? That surely hasn’t worked, as evidenced by increasingly rabid anti-Israel advocacy by several gay organizations.

In Israel, openly gay soldiers have long served in the military and in high positions in both government and the private sector. Gay pride parades are frequent. Israel is, without a doubt, the most gay friendly country in the Middle East and among the most supportive of gay rights anywhere in the world. This, despite efforts by some fundamentalist Jews, Muslims and Christians to ban gay pride parades and legal equality for gays.

In contrast to Israel are the Palestinian ruled areas, where gays are murdered, tortured and forced to seek asylum – often in Israel. In every Arab and Muslim country, homosexual acts among consenting adults are criminal, often punishable by death. But all this doesn’t matter to the “growing global gay movement” against Israel, which according to The New York Times op-ed, regards these positive steps as nothing more than a cover for malevolent Israeli actions.

The pinkwash bigots would apparently prefer to see Israel treat gays the way Israel’s enemies do, because they hate Israel more than they care about gay rights. Nor do these pink anti-Semites speak for the majority of gay people, who appreciate Israel’s positive steps with regard to gay rights, even if they don’t agree with all of Israel’s policies. Decent gay people who have themselves been subjected to stereotyping, recognize bigotry when they see it, even – perhaps especially – among other gay people. That’s why so many prominent gay leaders and public officials have denounced this “pinkwashing” nonsense. 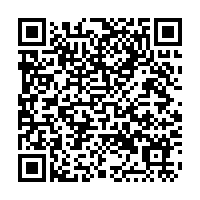