Sweden’s Social Democrat PM Stefan Löfven has announced that his country will host an international antisemitism conference to commemorate the Holocaust. This gathering of heads of state and governments is planned for October 27-28, 2020, and is to be held in Sweden’s third-largest city, Malmö.

This is a perplexing announcement. One would expect the initiative for such a conference to come from a country that has made serious efforts to fight antisemitism. Sweden has a long history of unanswered antisemitic incidents. The Board of the International Holocaust Remembrance Alliance (IHRA) in Sweden voted in 2016 to accept the definition of antisemitism – yet the country does not accept the definition domestically (while the UK, Germany, Austria, Israel, and a number of other countries do). Extreme manifestations of antisemitism, unequaled elsewhere, have taken place in Sweden. The Jewish community of the Swedish town of Umea had to disband entirely because it was threatened by neo-Nazis and harassed by radical Muslims.

In May of this year, the Swedish National Council for Crime Prevention (BRA) released a report on antisemitic hate crimes. The report notes that Jew-hatred in Sweden stems from the left wing, the right wing, and the Muslim population. Antisemitism is openly expressed, and “there are few places where people with a Jewish background feel safe.”

For many months, the Simon Wiesenthal Center (SWC) has been fighting a battle against antisemitism at the internationally known Karolinska University Hospital in Solna, near Stockholm. The SWC lodged a complaint with the hospital’s then CEO when it became known that open antisemitism by a senior supervising physician was ignored by hospital management for almost a year. Two Jewish physicians had already quit for this reason. The remaining Jewish doctor was offered a cash bribe by a negotiator at the Stockholm County Council to retract his testimony against his antisemitic superior. Even diplomats of the US embassy in Sweden have looked into this scandal. In early June, after a new CEO arrived at the hospital, it was finally announced that the senior physician will be permanently reassigned to an administrative, non-patient service position.

Löfven’s choice of Malmö as the location for the conference is also surprising. This city was considered by experts for years to be the capital of antisemitism in Europe. There have been hundreds of complaints about antisemitism there, but none has led to judicial action. (Though the situation in Malmö has not improved, it has lost its title as Europe’s antisemitism capital to Berlin, where there are far more Jews to harass.)

During a march for workers’ rights in Malmö on May 1 of this year, the youth league of the Social Democrats sang “crush the Zionists.” Leading the rally was the town’s former mayor, Ilmar Reepalu, who should have been expelled by the Social Democrats long ago. When, in 2012, then US Special Envoy for Combatting Antisemitism Hannah Rosenthal visited Malmö, she pointed to Reepalu as an example of the new antisemitism, in which anti-Israelism serves as a guise for hatred of Jews.

In June 2019, the spokesman of the Malmö Jewish community said it might close down in the coming decade. This would be the result, in part, of the authorities’ complete indifference to the community’s security needs. Following this announcement, two philanthropists promised to donate $4 million to cover the community’s security costs. The town’s coalition, comprising the Social Democrats and the Liberals, has refused to allocate funds from the municipal budget.

Löfven’s party has a long record of anti-Israel incitement by many of its leading figures. The country’s best known postwar PM, Social Democrat Olof Palme, was one of the very few leaders of a democratic country to openly compare Israel’s acts to those of the Nazis. In 1984, Deputy FM Pierre Schori, a Social Democrat, visited Israel. He praised Arafat and his “flexible policy,” claiming in an article that the terrorist acts of the PLO were “meaningless” while Israel’s retaliatory acts were “despicable acts of terrorism.”

Former Israeli ambassador to Sweden Zvi Mazel said, “The late foreign minister Anna Lindh [who served from 1998-2003] usually made the most vicious attacks on Israel. Her hatred of Israel can only be described as almost pathological. Under her leadership Sweden published the greatest number of one-sided condemnations of Israel of any EU country.”

Lindh’s successor as FM, Laila Freivalds (who served from 2003-06), also a Social Democrat, visited Yad Vashem in June 2004 to honor murdered Jews, then followed the visit by heavily criticizing Israel at a meeting at the Israeli Foreign Ministry. Freivalds remained silent on Sweden’s extensive antisemitism.

This phenomenon of paying honor to dead Jews, criticizing Israel, and completely ignoring or diminishing one’s own country’s delinquencies toward living Jews is common in Europe. Freivalds’ behavior was subsequently exposed by four former chairmen of the Swedish Jewish community who wrote about the rampant racism and antisemitism in the country.

The current Swedish FM, Margot Wallström, also a Social Democrat, has asked for an investigation into the killing of terrorists by Israel. She hasn’t made any such request from other democratic countries where terrorists have been killed after attacks. According to the International Holocaust Remembrance Alliance definition, by singling Israel out in this way, Wallström committed an antisemitic act.

In January 2019, the European Commission published a report on perceptions of antisemitism in the 28 EU member states. Sweden was found to be the country where the largest part of the general population, 80%, think antisemitism is a problem.

There are reports that Israeli PM Benjamin Netanyahu rejected requests for a meeting with Löfven at the UN in 2016 and 2017. This was because of Sweden’s decision to recognize a Palestinian state in 2014. One wonders whether Israel will attend the planned conference in 2020. Its absence would thoroughly undermine its credibility.

The best reaction to the announced conference would be the preparation of a detailed black book on antisemitism and anti-Israel incitement in Sweden to be widely distributed and sent ahead of the conference to all participants. In the meantime, one should expect international Jewish organizations to provide participants with a detailed overview of Sweden’s below par record on fighting antisemitism. This might force the Swedish government to finally accept the IHRA definition for domestic use and start acting against antisemitism. If it does not, it could at least prevent the Swedish government from abusing the conference for public relations purposes. 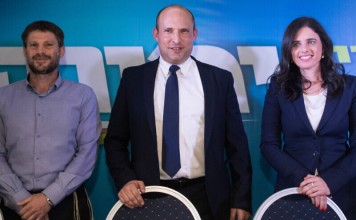 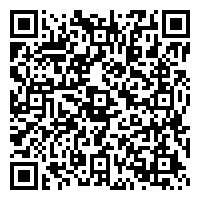